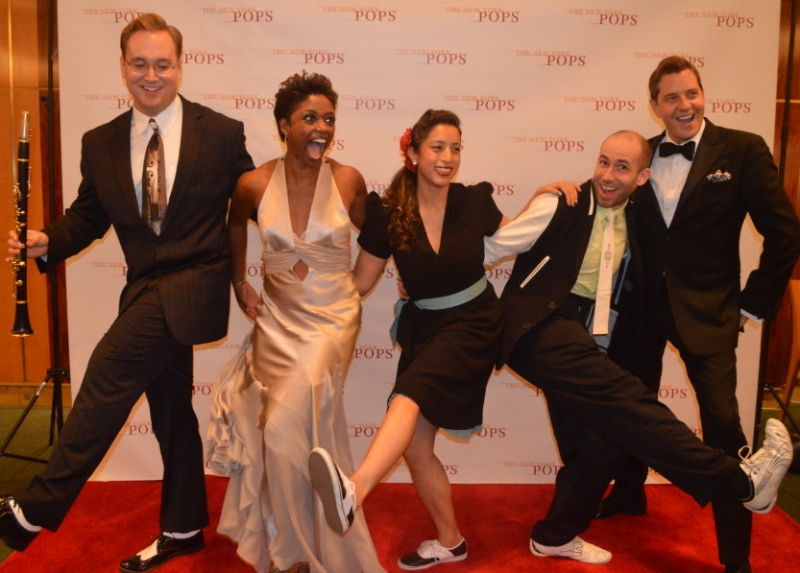 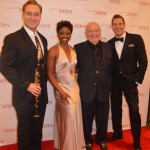 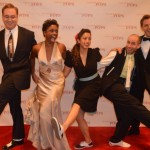 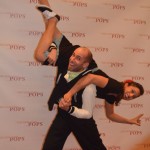 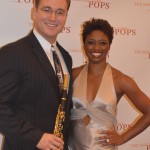 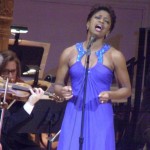 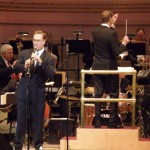 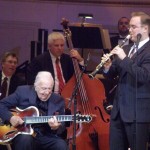 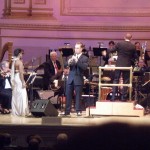 Carnegie Hall was once again filled with the music of swing – this time “Sing Sing Swing” in celebration of Benny Goodman’s famous concert held 75 years ago on January 16, 1938 – a “single most important jazz or popular music concert. . . jazz’s ‘coming out’ party to the world of ‘respectable’ music.”

In his wisdom of great jazz artists, elegant swing meister Steven Reineke invited the brilliant, self taught clarinetist, Dave Bennett, a 29 year old prodigy from Michigan, who set the rafters ringing to many of Benny Goodman’s famous repertoire of songs including “Stompin’ at the Savoy,” “Moonglow,” “Avalon” and a unique rendition of “Sing Sing Sing” showing off a level of musicianship that can only be described as WOW! Joining Bennett throughout the evening was his core quartet Hugh Leal on guitar, Tad Weed on piano, Paul Keller on bass and Peter Siers on drums.

The deck was stacked with the lovely, charming and talented Montego Glover (Memphis, The Color Purple) whose interpretations of “These Foolish Things” and “Blues in the Night” brought back memories of the great band singers of that era.  She was an eyeful in long purple gown in Act I, only to outdo herself in a backless ivory satin gown in Act II.

To add to the pleasures was special surprise guest Bucky Pizzarelli, dueting at top speed with Bennett on “Sheik of Araby.”   Swing dance competition winners Nathan Bugh & Josephine Say rocked the stage to “Swingtime in the Rockies.”

The New York Pops continues its series on December 19 and 20th with Ashley Brown “Under the Mistletoe” with Essential Voices USA and Judith Clurman Music Director/Conductor, followed by “A Broadway Love Story” on March 21, 2014 featuring Broadway’s golden couple Marin Mazzie and Jason Danieley.