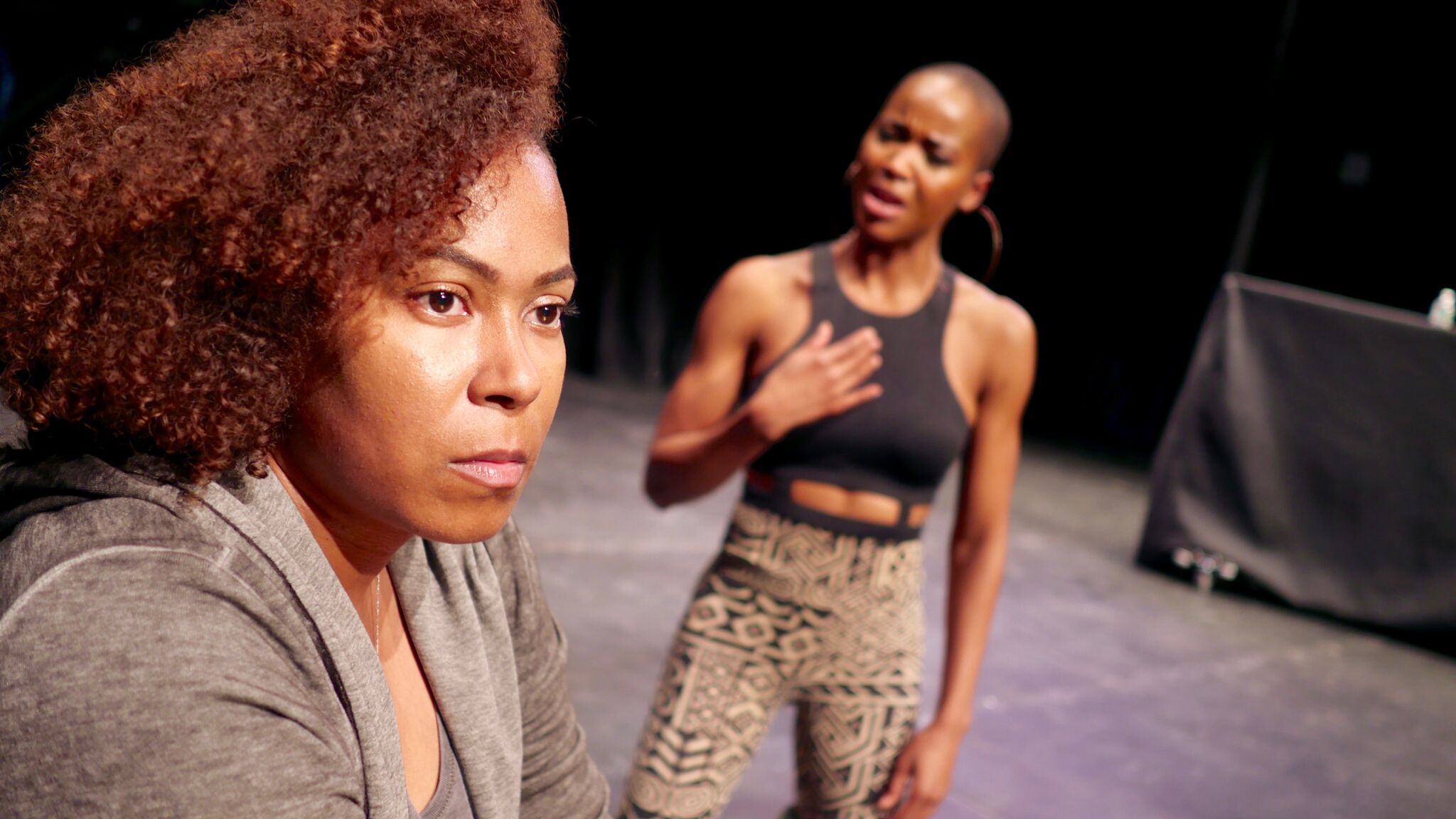 In the wake of national tragedy and political unrest, a group of artists responds the only way they know how. Appropriately set in the gymnasium-esque auditorium of the 14th Street Y, Chokehold positions members of the fictional revolutionary group, “The Justice Now Front” in a fight for their lives.

Displayed prominently on the program is this fictional group’s collective beliefs: “There is a higher law than the law of government. That’s the law of conscience.” (Stokely Carmichael); “If you are not a part of the solution, you are a part of the problem.” (Eldridge Cleaver); “There is no justice in America, but it is the fight for justice that sustains you.” (Amiri Baraka); “Sometimes you have to pick the gun up to put the gun down.” (Malcom X). Their self-authored message: “WAKE UP, AMERICA!”

This polarizing stance taken by the Justice Now Front (JNF) is the crux of Chokehold. As the action unfolds, it becomes apparent that the auditorium has been set up for a full film production. As the JNF barrels in a door while in police uniforms and a takes young white man into custody, the plot thickens. In response to the real deaths of Eric Garner, Michael Brown, Tamir Rice, and dozens more since, the JNF believes their hand has been forced. They are going to make a martyr of the white man, and they’re going to release a tape of the event to the world. Through the death of an innocent, they hope the world will empathize and understand their great pain.

Playwright Anthony P. Pennino’s characters are anything but one-sided in this issue. Delivered through a wise and collected series of dialogue and back-to-back monologues, the affirmations and self-doubts swirl around the stage in an all-too-human fashion. Rokia Shearin (Dominique) is a force of a woman, commandeering the filming and balancing their cause with the value of a life. Marija Juliette Abney (Tika) is the voice of reason, believing in the cyclical nature of violence. Roland Lane (Jason) presents the sober viewpoint of an expert revolutionary, tinkering with lights (set smartly by Lighting Designer Kryssy Wright) and angles as he puts his whole into the cause. Roland Lane (Jason) is seething intensity. Dressed as an officer of the law, his gaze cuts through stone.

Michael Oloyede (Andre) is a force of nature. His performance is that of a liquid nitrogen bomb, cool to the touch, but an explosion waiting underneath, though held at bay by his own willpower. David Gow (Devon) as the young white man plays his difficult part with care and respect, from his fear of death to his unaware privilege, to an unexpected turn.

The fair handed direction of Tim Cusack pulls together the experience into one of scintillating thought, and a palatable mix of thought and emotion. Providing a talkback at the end of the night, Core Creative Productions gives the view that Chokehold does not condone acts of violence, but rather believes that it is the duty of citizens within a democracy to be completely aware of the events within itself.

Given the controversy of the topic, Chokehold takes a multifaceted issue and puts it on display with as much fairness as is allowable at this point. Respectful, cool, and riveting, it provides the bipartisan discussion we so sorely need. 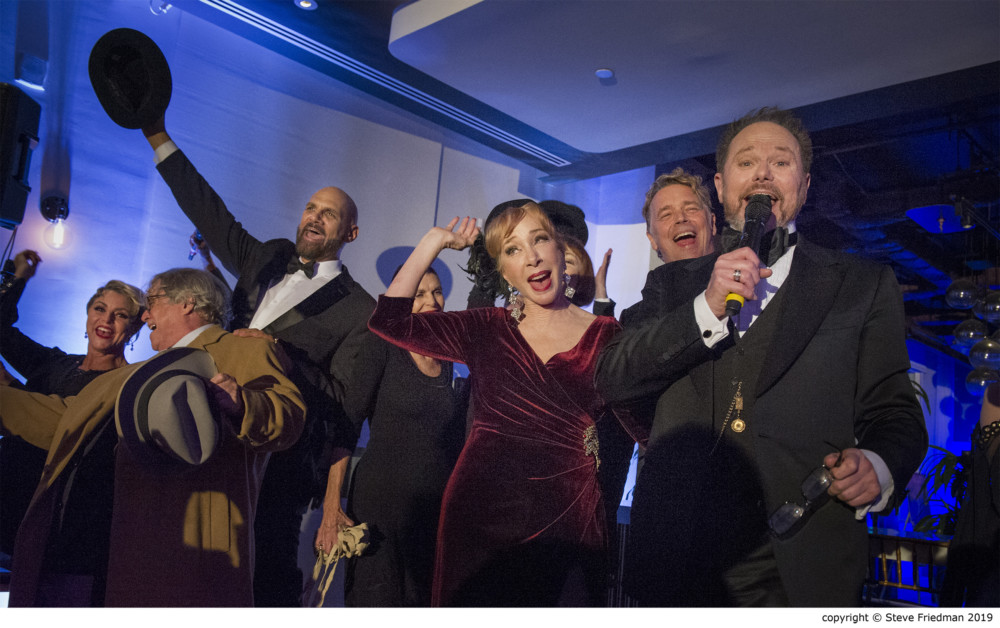 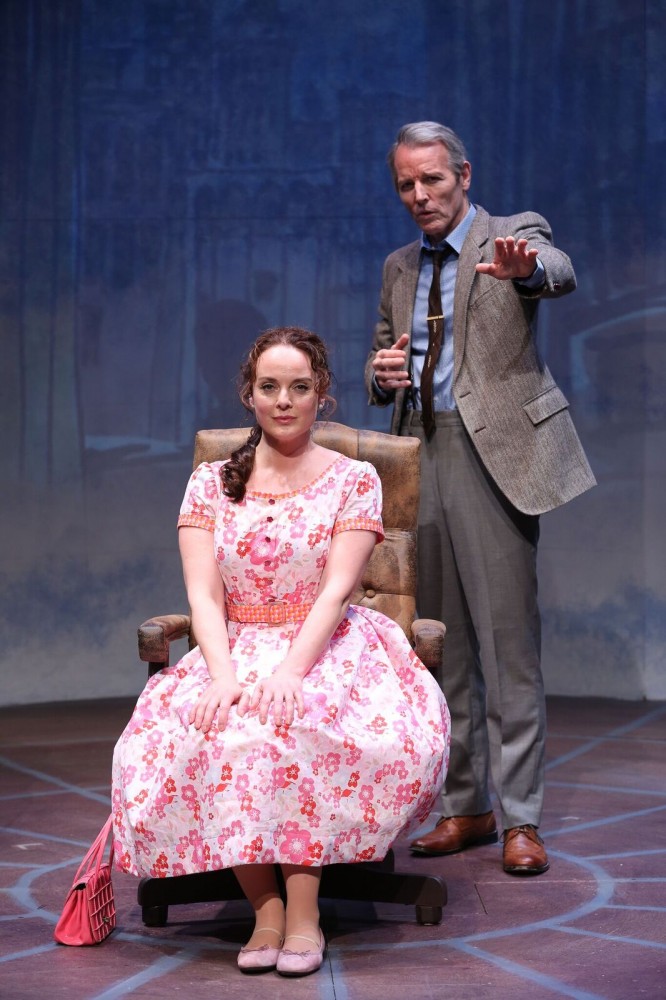 Here’s to The Ladies of Off Broadway 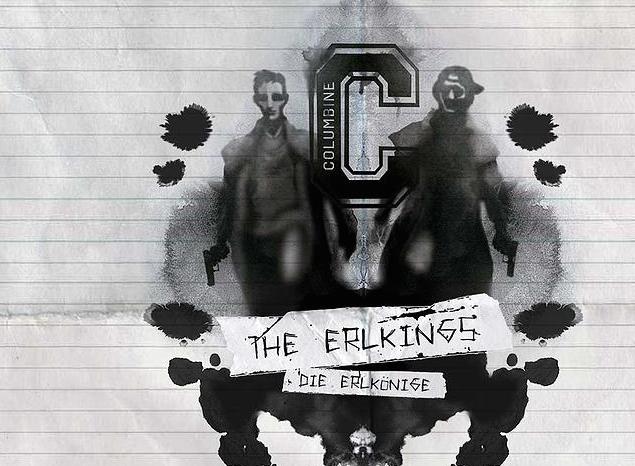