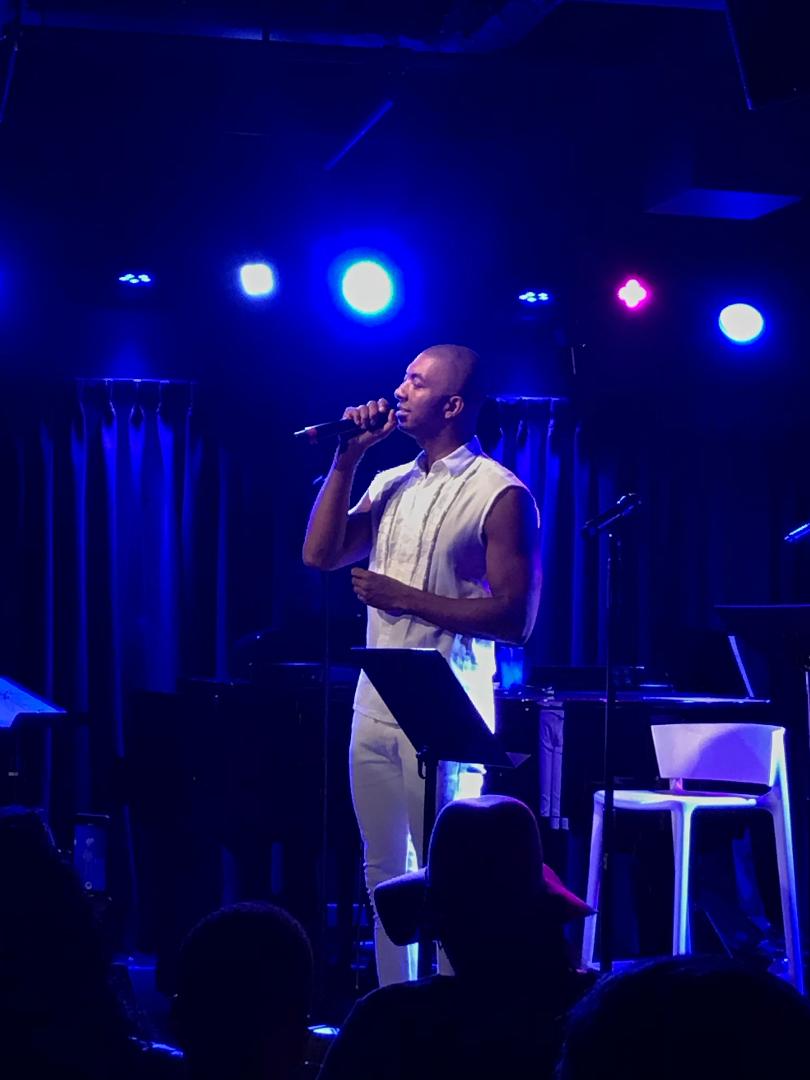 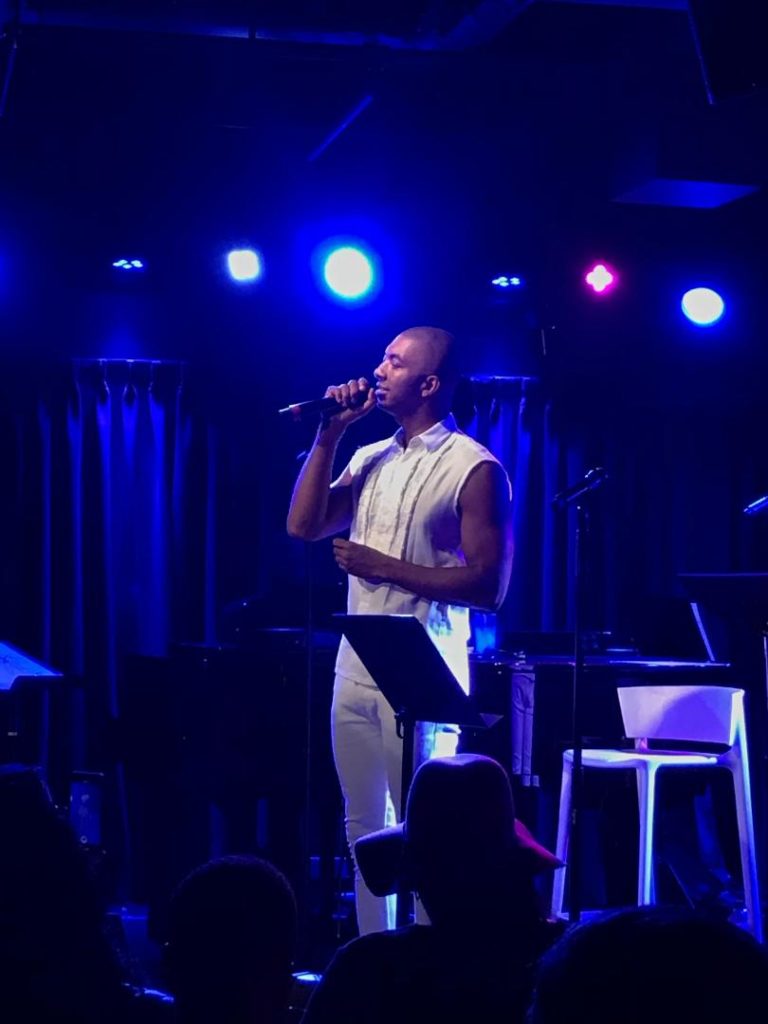 In sixty superbly packed minutes, Christian Dante White performed his New York City solo concert debut at The Green Room 42 to a sold-out crowd that literally begged for more. As it was also his birthday, it was packed with friends and family, from his mother and aunts, to high school classmates, to members of the theatre companies of shows he appeared in such as Hairspray, The Scottsboro Boys, Shuffle Along, My Fair Lady, as well as a few choice Hello, Dolly! associates that included Gavin Creel, Kate Baldwin, David Hyde Pierce and Bette Midler. I mention all this because it’s a tribute to White that he commands this sort of devotion, which now includes this critic—a total stranger. The evening was a delight from start to finish.

A native of South Bend, Indiana, White claims to have gone to school with that city’s current mayor (and presidential candidate) Pete Buttigieg, going so far as to postulate that “if I’d shared a lunch with him, I could have been Michelle Obama!” Raised by his mother and grandmother, White’s churchgoing is where his love of singing first developed, moving through gospel and rhythm and blues and eventually onto Broadway show music, all of which he put on in most admirable display. Aided by a terrific four-person ensemble consisting of Brian Whittead (piano), Ray Cetta (bass), Michel Heyaca (guitar), Tom Griffin (drums), he also had two wonderful female singers (Kristina Miller and Helen White) backing him up, all of which added to the fullness of the sound and the unrestrained joy which rocked The Green Room 42 (even going so far as to blow out the sound system at one point—and rightfully so). 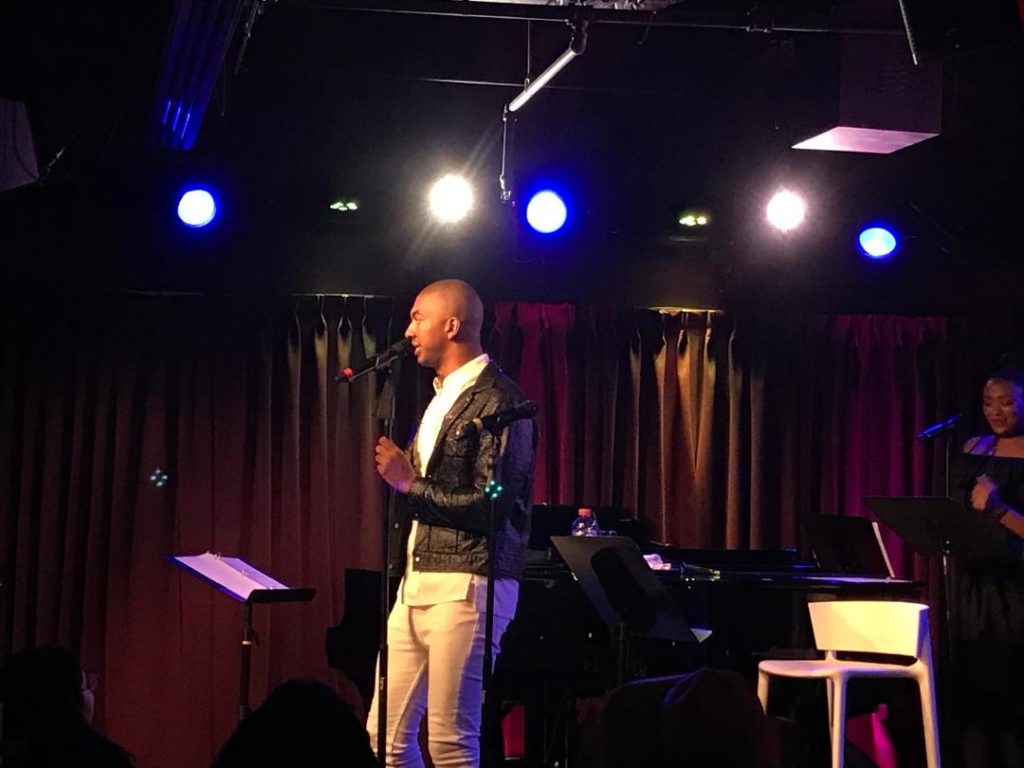 White’s childhood crushes on major divas allowed him to show the enormous (and often insane) range of his voice, by delivering songs from Whitney to Prince to Chaka Kahn to Beyonce and Destiny’s Child. If we didn’t hear him warble “On the Street Where You Live” from his recent gig as Freddy Eynsford-Hill in the hit Lincoln Center My Fair Lady revival, in which he appeared opposite Laura Benanti, that was okay. It was a night to tell his own personal story in song, which happily, on occasion, led us to Sondheim and a powerful rendition of “Move On” from Sunday in the Park with George with his former Hairspray castmate Amber Iman, that reduced me to tears (and I wasn’t alone). He was also joined for “The Boss” by Angela Birchett, with whom he shared a stage in Shuffle Along, and together they brought down the house. 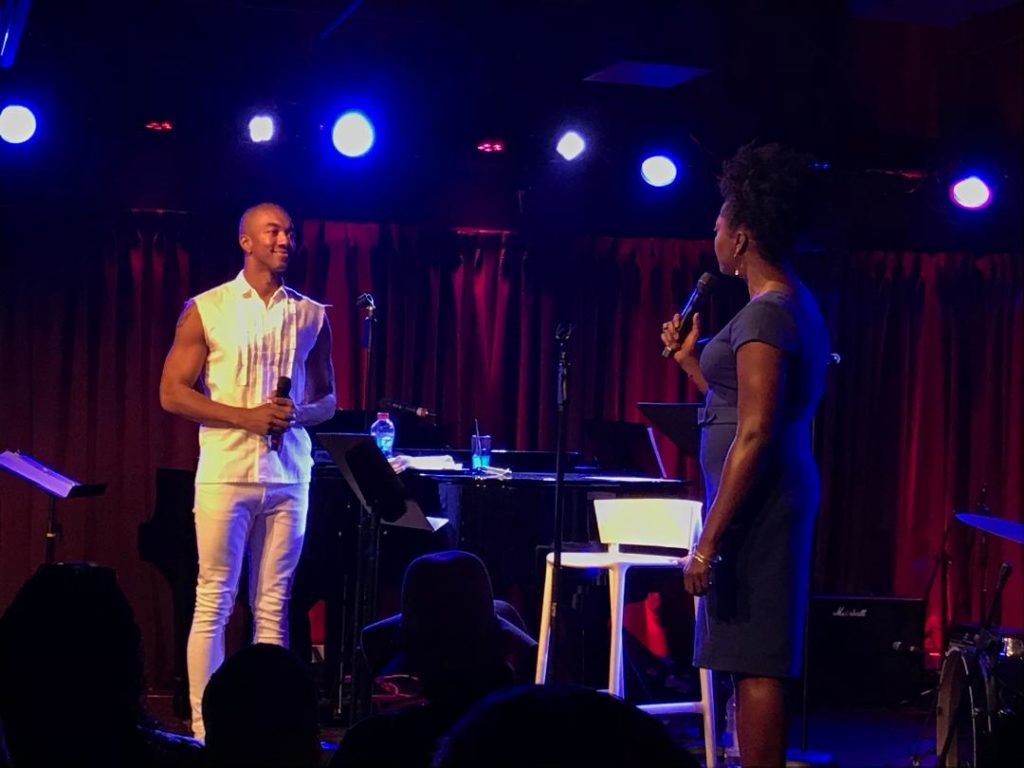 It was a long while into the set before White pulled up a stool and sat for a quiet song, which happened to be Kander and Ebb’s “A Quiet Thing” from Flora the Red Menace. He also sang both parts in “Wheels of a Dream” from Ahrens and Flaherty’s Ragtime, usually a duet, but in his beautiful rendition, played perfectly as a solo.

So the next time Christian Dante White brings a solo show to the New York cabaret scene you would be well-served by attending his show.