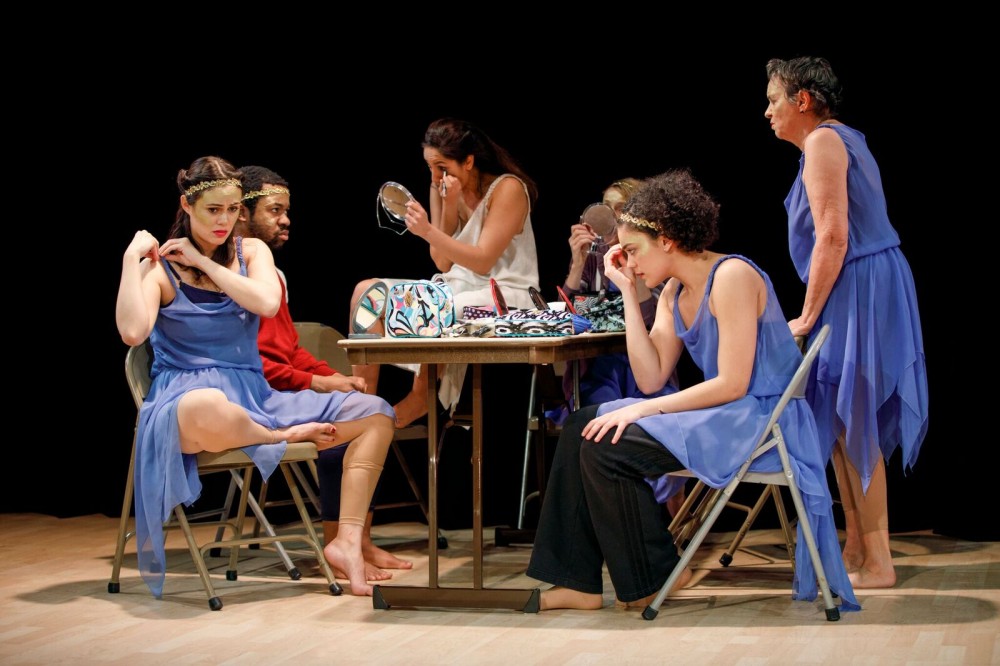 The Cost of Art in DANCE NATION, and a Fiery Performance by Marin Ireland in SUMMER AND SMOKE by Barbara and Scott Siegel

Clare Barron’s new play, Dance Nation at Playwrights Horizons, is a painfully funny, horrifyingly truthful play about talent (or the lack of it) and ambition. This is not a feel-good play about the nobility of striving and learning to work with others, or the value of creating art. Those are, of course, worthy themes in a play about teenagers in a competitive dance troupe. But this play takes a harsh and harrowing look at the underbelly of this kind of competition and it’s not a pretty sight. It is, however, a compelling examination of the emotional cost of art.

Without getting into the weeds of the plot, it’s enough to explain that jealousies lead to betrayals, and betrayals lead to not just broken hearts, but broken people who never fully recover. But Ms. Barron has written real people and they are portrayed by an excellent cast of largely youthful actors, so the underlying sadness in the piece is leavened and lightened with layers of humanity, empathy, and moments of hilarity.

Perhaps the funniest moment in the play is when the dance team’s dictatorial coach, the wonderful Thomas Jay Ryan, reminds the troupe of the one great success that rose out of this dance team in the past. The girls look at a photo on the wall and, in one voice, speak their idol’s name in a hushed and reverent whisper: “Sabine!”  And Ryan proudly says, “Yes, and she went on to dance in the chorus of a Broadway show!” Funny and sad all at once.

For all the cruelty inflicted upon these girls — and by these girls — Dance Nation is ultimately a cautionary tale that says that the pursuit of art is not so much about success or failure; it’s about what either starves or feeds the soul. Marin Ireland has been a longtime star of Broadway and Off-Broadway plays with a raft of Tony & Drama Desk Nominations, not to mention Obie Awards to her credit. Her work is almost always adventurous, daring, and full of fire. This is not to say that everything she touches turns to gold, because sometimes, as talented as she is, she has been miscast…

Which leads us to recall the words of famed film director John Huston, who once said that casting is ninety percent of good directing. Director Jack Cummings III clearly heeded Mr. Huston’s advice when he hired Marin Ireland to play the lead role of Alma in his Transport Group/Classic Stage Company revival of Tennessee Williams’ Summer and Smoke. Ireland is the perfect Alma; a heart-stabbing combination of inhibition and sensuality, while also being both disarmingly direct and emotionally evasive. Ireland captures Alma’s shattered psyche and makes the clear connection between her Alma and another, older iconic Tennessee Williams character, Blanche Dubois from A Streetcar Named Desire. In fact, look for the great Marin Ireland to play Blanche sometime later in her career. There could hardly be a better choice.

As for all those award nominations Ireland has, well, chances are that this time next year, if nominators don’t have short memories, she will be piling up some more of them for her work in Summer and Smoke.