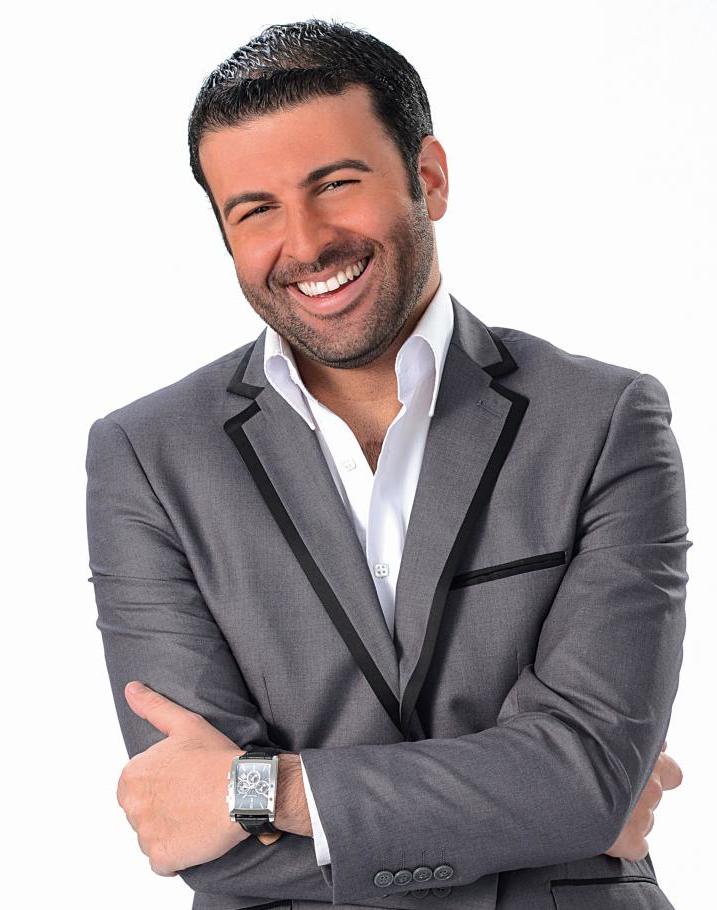 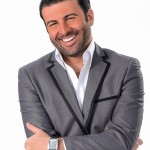 David Serero, who made his splendid New York debut at the Snapple Theater on December 19, is a deliciously retro, personality plus musical dynamo, who may single-handedly revive variety … maybe even vaudeville. He instantly won over a multi-ethnic audience — from Russia, Morocco, Israel, Tunisia, France, Italy, even Brooklyn, by speaking and singing in several languages and interspacing his songs with bits of his own history and some of the world’s corniest jokes. “My mother was Israeli.  My father was polygamous.”  David also spoke about his winning a totally prepaid trip to Iran, which included flights, hotels, meals and funeral expenses. He really gets around. During the current year, he’s performed his one-man show or starred in Man of La Mancha in Paris, Dubai, London, St. Petersburg, Singapore, Capri, Jerusalem, Tel Aviv, Dijon, Cannes, Bangkok and Tokyo.  Wouldn’t you like to have his frequent flyer miles?

David’s more than immensely versatile. He’s adorable, handsome, smiling, happy, winning.  He walks on stage in an open collar pink shirt and a beautifully tailored, single-breasted grey suit that fits his wiry body like an expensive hand-made glove. Too bad it hides his abs. I must get the name of his tailor so I can send my husband Alvin, that long-suffering saint, to him. Hopefully he’ll do more with him than his present haberdasher, TJ Maxx, has.

David transformed an unfortunate childhood into the delighted existence he now enjoys through pluck, luck and chutzpah. The son of a very poor French-Jewish family who couldn’t afford to have his ear infection treated properly, David became deaf during infancy and finally regained his hearing when he was 9 years old, thanks to series of surgeries, and taught himself to speak.

David introduces himself, shakes hands with a few people and opens with a full-throated All I Care about is Love from Chicago, backed by full orchestral accompaniment wafting/blaring from two large speakers. I was not the only audience member waiting for him to disrobe. After more patter and a few more jokes, he launched into the operatic portion of the performance with arias and explanatory remarks about Carmen and Turandot before returning to his Jewish roots via If I were a Rich Man, singing better and jiggling far less than Zero’s Tevye did.

David’s Broadway tribute included Stars from Les Miz, and Old Man River from Showboat, which he makes sure you understand are very difficult songs to sing and honors Hollywood with Singing in the Rain.

I found his about face, after he learned there were Russkys in the rear seat, most endearing. He sang several choruses of Katyusha, the nickname for a WWII Russian rocket launcher and the anthem which my pro-Marxist Mom always sang with our Red Army Chorus LP before she cast Lenin and Stalin behind the iron door.  He asked the audience to join in if they knew the words, some did, but to his surprise an Israeli stood up and sang the song with David but in Hebrew.

The finale? Ten audience members joined David on stage to do a Mexican song and a dance of David’s devising.

David Serero will be singing in Singapore on New Year’s Eve, but rumors are floating that he’ll be back in NY in May at 54 Below.  Go see him.  He’s better than pure perfection. He’s slightly flawed and lots of fun.