“The Most Deserving” Set for Women’s Project Theater 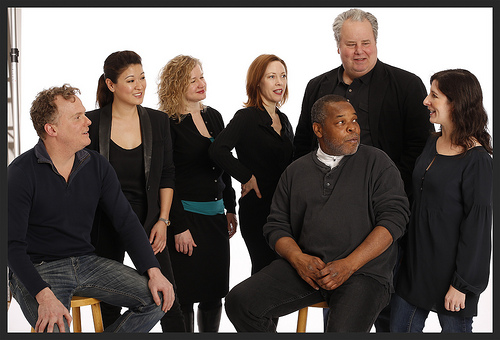 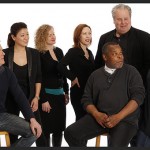 Catherine Trieschmann is back in New York at Women’s Project Theater with a tart, satirical skewing of small town cultural wars entitled The Most Deserving.  This New York premiere by the acclaimed playwright of crooked and How The World Began (also produced by Women’s Project Theater) who is a resident of a small town in western Kansas is directed by Shelley Butler and begins previews Sunday, March 30, at 2:30pm for an opening Tuesday, April 8, at 7:30pm (runs through May 4) at New York City Center Stage II, 131 West 55th Street.

Veanne Cox, Adam LeFevre, Jennifer Lim, Daniel Pearce and Ray Anthony Thomas play the residents of a small Kansas town with an arts council charged with giving away the largest individual artist grant in its history.  The choice seems easy until a professor from the local community college makes a case for an unconventional outsider, causing art to collide with sex, class, and politics.

Catherine Trieschmann’s plays, in addition to crooked and How The World Began include The Bridegroom of Blowing Rock, Hot Georgia Sunday and The Most Deserving.  Her work has been produced Off-Broadway at Womens Project Theater, Bush Theatre (London), Out of Joint at the Arcola Theatre (London), South Coast Repertory, Milwaukee Repertory Theatre, the Denver Theater Center, and Florida Stage, among others. She has received commissions from South Coast Repertory, Manhattan Theatre Club, and the Denver Theatre Center. She is the recipient of the Weissberger Award, the Otis Guernsey New Voices Playwriting Award from the Inge Theatre Festival, and the Edgerton New Play Award.  The Most Deserving was originally developed and produced at the Denver Center Theatre Company, Kent Thompson, Artistic Director.

Ms. Trieschmann also wrote the screenplay for the film Angel’s Crest released by Magnolia Pictures.  Originally from Athens, Georgia, she now lives in a small town in western Kansas that may have an arts council.

The scenery for The Most Deserving is by David Barber, costumes by Donald Sanders, lighting by Traci Klainer Polimeni and sound by Leon Rothenberg.

Tickets can be purchased online at www.NYCityCenter.org, by calling CityTix® at 212-581-1212, or at the New York City Center Box Office at 131 West 55th Street (between Sixth and Seventh Avenues).