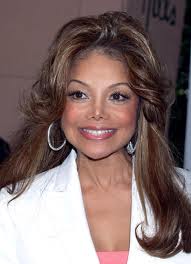 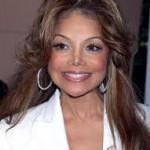 Yes, that’s right, following “227” diva Jackee Harry, currently appearing in the off-Broadway show, La Toya Jackson, who says she’s always wanted to do theater, will be on the stage.  She’s happy to do this because “on Broadway the shows play for such a long, extended time.”  Beginning September 3rd thru the 8th, she’ll be joining the very humor-filled show and she’s been prepping. Yes, taking acting workshops as well as checking out Kim Coles and Kym Whitley’s weekly “Ladies Night Live Comedy Show” in L.A.

She’s busy filming “Life With la Toya” on the Oprah Winfrey Network, so this is just a short interlude. But she may decide to return later.