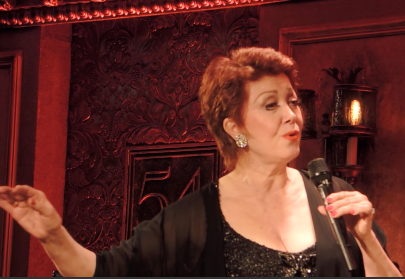 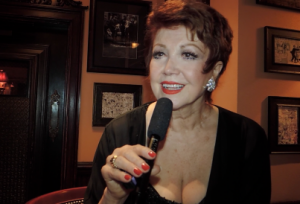 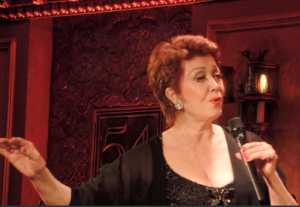 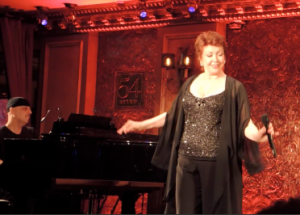 The place is none other than Studio 54, the legendary 1970s nightclub that opened around the same time the Pulitzer-Prize-winning musical “A Chorus Line” hit it big on Broadway. Standing on the stage of 54 Below, in what was the basement of that long-ago celebrity hangout, Donna McKechnie, who won her Tony Award for “A Chorus Line,” paid tribute to that era in song and reminiscence.

More than a casual look back at time and place, McKechnie’s show is an intensive about the diva herself. It’s an intimate reflection on what it was like to be young and a freshly-arrived Midwesterner in the big city. An opening medley, featuring “Native New Yorker,” the 1977 hit single, proved the perfect choice in setting the tone for the evening. From there, McKechnie navigated a very clever path through her history, with funny and clever dialogue and songs smartly curated to reflect key life moments. In the young love department, “I Never Know When” from the 1958 musical “Goldilocks,” and “You’re Moving Out Today,” another 1970s hit single, told of boyfriends come and gone.

In honoring “A Chorus Line,” whose composer, the late Marvin Hamlisch, was already McKechnie’s close friend, the diva chose a rendition of Maggie’s song, “At The Ballet,” which not only paid tribute to Hamlisch but to Michael Bennett, co-creator, director and choreographer of the show. McKechnie is, of course, as much a dancer as she is a singer, and with the eponymous tune, “Fred Astaire” by Anne Hampton Callaway and Lindy Robbins, McKechnie paid loving tribute to the man who “dancing on air, gliding like the breeze” she had the good fortune to meet in Hollywood. Coming full circle on her voyage through New York city, McKechnie sang “Confession of a New Yorker ­– Hate-Love New York,” to the knowing nods of many in the room.

Closing out the evening’s performance, McKechnie paid homage to “The Visit,” the Kander- Ebb musical which recently completed a celebrated run on Broadway. This tribute honored stars Chita Rivera, the late Roger Rees and especially John Kander, who was in the 54 Below audience. McKechnie, who was Rivera’s celebrity standby during the run, sang “Love and Love Alone,” and demonstrated her dancing chops in a lovely routine with Emily Mechler, understudy for “The Visit’s” “Young Claire” character.

McKechnie’s encore number, Jim Croce’s 1970s hit, “Time In A Bottle” perfectly summed up the nostalgia of time, place and treasured moments. It was a particularly fitting tune for a show that was beautifully thought out, constructed and executed. Music direction (and piano) was by Steve Marzullo, who played some clever underscoring and inserted witty snippets of songbook standards throughout the evening. The ever-reliable Ray Kilday was on bass, while Ray Grappone provided able drumming and a subtle but effective array of percussive touches.