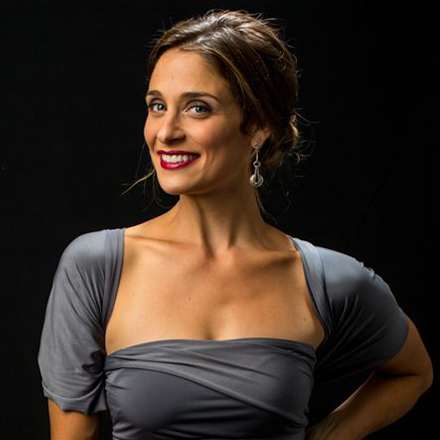 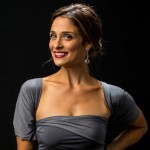 Elena Shaddow made her cabaret debut Saturday September 6th at 54 Below having recently played Sister Sophia in the NBC live television event The Sound of Music, and Francesca in The Bridges of Madison County at the Williamstown Theatre last summer. Her Broadway credits include Anne Dindon in La Cage Aux Folles, The Woman in White, Fiddler on the Roof, Nine, Sweet Smell of Success, and Les Miserables. She starred as Fanny in Fanny at City Center Encores, played Magnolia in Showboat at the Royal Albert Hall, and received a Helen Hayes Best Actress nomination for playing Clara in the first national tour of The Light in the Piazza. All to say–you should know she has enormous experience. And at first glance, she seems almost fawn-like. However, what really happens is that she sings with such spontaneous assurance and gorgeous rich soprano, it becomes clear that if you pigeonhole her, you will miss the magic.

She highlighted musical theatre composers from the last 20 years and opened with Spread a Little Joy from Andrew Lippa’s Broadway show Big Fish; moved on through a Maury Yeston song written for her, for the musical Titanic that was cancelled before coming to Broadway; and When You’re a Stranger from Michael John LaChiusa’s Giant.

Georgia Stitt her musical director was well represented as a composer with a witty story of a woman’s typical mad-paced, multi-tasking day in the song Before I Lose My Mind performed by Shaddow and two of her Bridges of Madison County colleagues Caitlin Kinnunen and Jessica Vosk, who came on with full-out gusto; and on her own for Stitt’s sweet Palimpsest (only Lillian Hellman with Pentimento has used such a descriptive word better).

She paid tribute and expressed bittersweet sadness for the all-too-soon closing of Bridges of Madison County (Jason Robert Brown) on Broadway by singing Always Better from that show; and successfully brought her first cabaret event to a close. 54 Below was sold out, the audience vociferously happy and Ms. Shaddow has come out into cabaret in New York with great charm and authenticity giving all of us a big, beautiful dose of the future of American musicals and their creators. She closed with Adam Guettel’s Awaiting You, a complex and haunting song of experience and hope, beautifully sung and totally representative of the genius we have in our midst. And we have artists like Elena Shaddow to fulfill their promise.