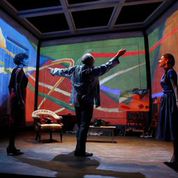 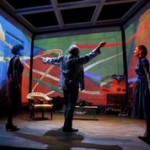 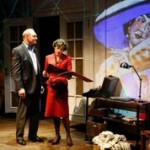 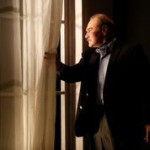 Art equals integrity in the world of the great modernist painter Rudolf Bauer and in order to paint one must be free. But when the German born Bauer was handed a contract to sign by the Guggenheim Foundation, which he barely could read nor understand its implications, all he saw was that the grand benefactor Solomon Guggenheim was going to house his creations under that soon-to-be Frank Lloyd Wright modern structure. A home for his life’s works forever, he believed, but the restraints of which meant selling his soul to the devil.

The play, based upon a true story, and beautifully crafted by Lauren Gunderson (winner of this year’s Steinberg/ATCA New Play Award), currently at 59e59 Theaters, is filled with rage, anger and peppered with just the right amount of humor reflecting the reasons why the cranky Bauer, forcefully played by Sherman Howard, put down his brushes and never painted again.

His long time relationship with ex-lover, curator and director of the museum, the unrelenting, brutally honest Hilla Rebay (Stacy Ross) reignites when Bauer’s patiently clever wife Louise, once a maid, (Susi Damilano) orchestrates a meeting in Bauer’s dusty studio to bring the tensions and feuds that have plagued his life to a head – he and Hilla must forgive each other.

Until Hilla arrives, they believe that the Guggenheim will be a success for them all but quickly learn that Hilla is no longer director, having been ousted by the new regime, and that Bauer’s work will forever remain with the museum . . . in the basement and never shown.

As the two battle, Hilla attempts to sway Bauer to paint again, the only way to fight the museum and recapture his soul. She is relentless and merciless in her pursuit. Bauer will not concede hating the feeling of servitude to others. Louise attempts to step into the conversation and Hilla keeps referring to her as ‘the maid’ to which Louise retorts “This is exactly why you sleep alone next to your almighty opinion of yourself.”

As accusations fly, there is insight into the history of Hilla and Bauer in Nazi Germany, their torrid romance and the degradation surrounding Bauer’s imprisonment for making ‘degenerate art.’

Gunderson has given Bauer numerous good lines to elevate the soul of an artist and as commentary on greed : ‘Art turns out to be my favorite American word. It’s just stuff.’ – ‘At least the Nazis were evil through and through. These American Capitalists are fickle.’ ‘Art is just very colorful commerce and the buying and selling is the heart of it not the vision, not the soul.’

Can Bauer and Hilla ever forgive and let bygones be gone? And what effect will all this have on Louise?

Although the concluding scene might seem a bit contrived, you’ll be delighted to see the imaginative ending.

The rhythmic, lyrical and colorful art projections by Micah J. Stieglitz on the 3-sided studio, designed by Ewa Muszynska, are highlights, with artistic lighting by Mary Louise Geiger, throughout the riveting 90 minutes that make up “Bauer.” Abra Berman’s skillful costumes add to the pleasure of the period.

The three fine actors have been lovingly and colorfully blended by the artistic hand of director Bill English, an artist, composer, pianist and singer who has brought all of his multi-talents to the canvas. 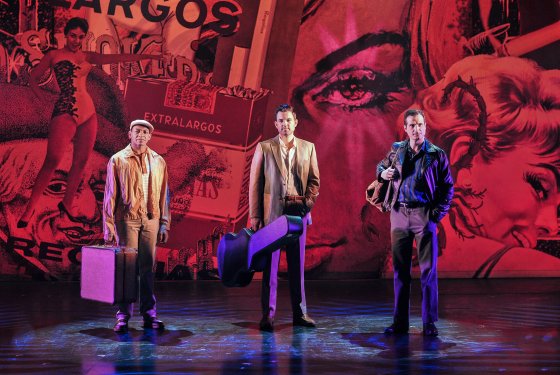 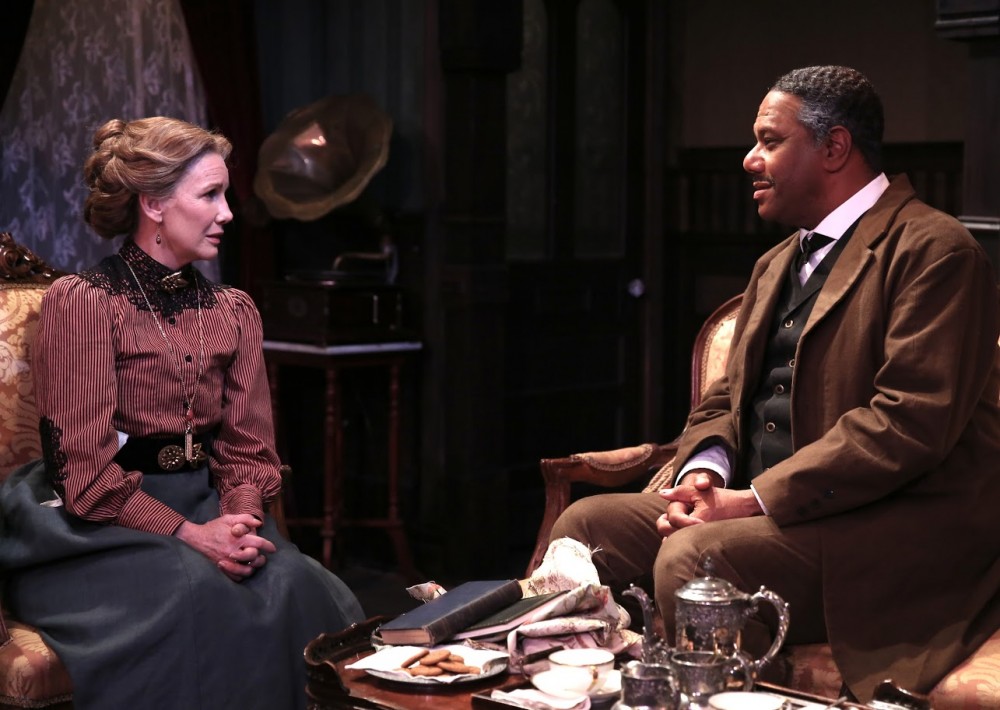