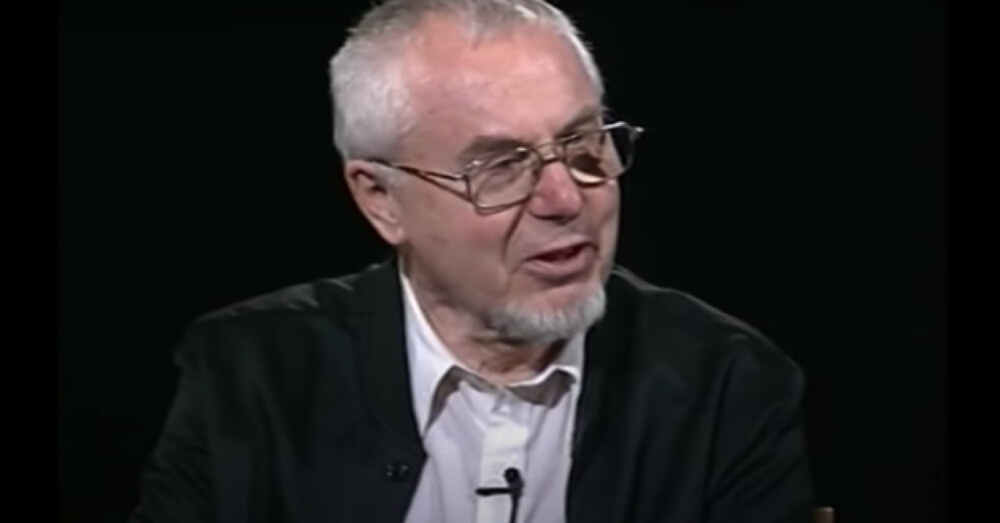 Notable theatre critic Eric Bentley passed away on August 5, 2020 at age 103.  It used to be an amazing thing to live that long. But today he seems like just another older “kid” who accomplished that milestone.

Both friend and foe to me personally (more on that later), Eric was that unique soul who combined old European world artistic sensibility, intellect and culture with a young artist’s new world revolutionary spirit, enthusiasm and an obsessive love of theatre.  No doubt it was those young artist qualities that gave him that longevity!

Personally my relationship with Eric began anonymously as just another student reading his critical writing.  Who didn’t read him if they were drama students in the ’60’s?  In particular it was at Yale School of Drama under Dean Robert Brustein, my mentor and another great theatre critic, that I studied Eric’s ideas.  Brustein loved Brecht among other Theatre of the Revolt iconoclasts, so Eric as a strong advocate of Brecht was also an important influence to us at Yale.

But it was in 1974 that my relationship with Eric became quite personal.  I had recently returned to NYC from directing  a mostly fortunate series of London theatre projects at the Royal Court Theatre and elsewhere.  One of those was a German Expressionistic play called “Die Hose” in German or “BLOOMERS” – the English translation by McCaffie – a project that London Times critic Irving Wardle (who had championed my work) had suggested would be right up my alley.  In 1970 I had returned to NYC to successfully redirect my London production of David Hare’s SLAG at Joe Papp’s Public Theatre. Then, soon after, I decided to redirect my London BLOOMERS for Off Broadway at the Equity Library Theatre.  The NY Times raved!  “What CABARET did for Hitler’s Germany, BLOOMERS does that and more!”   And with that notables flocked to see it including none other than CABARET’s director/producer Hal Prince.  Yikes, I panicked!  But then to my surprise Prince most generously sent me a letter of admiration and praise.  I was riding higher than a kite until a letter from Mr. Bentley arrived.  He had not seen the show, but he sure saw the review!

Eric claimed he, and he alone, had sole rights to translations of Sternheim’s work and how dare I try to present it in NY or anywhere without his permission and translation!  This was news to me.  I soon learned from others that this was a well known aggressively antagonistic side of Eric – his claimed ownership of most – if not ALL of European dramaturgy. In that letter, Eric threatened me and the theatre with a law suit for illegally presenting the play. My producers were not pleased to say the least, and I was now very much on the hot seat.  I called Eric to try and explain.  I truly had never known he was the sole owner of the rights.  I was totally scared, but to my surprise again – that phone revealed another side of Mr. B – another quite kind and sympathetic side.  All of a sudden that imposing and intimidating ogre became gentle and friendly – kind of like a Mr. Jekyl becoming Mr. Hyde? (or vice versa?).  He gradually seemed to understand and become encouraging.  I think he was very happy the play got a well received production.  He sounded more like a theatre practitioner than a critic (He was after all a practicing playwright, too, and might be looking for supportive directors). He asked what I was going to direct next, and I told him that I was directing William Saroyan’s latest play Off Broadway. We chatted for quite a long time and then at the end of our rather surprising phone call, he casually mentioned he had a young son named Phillip who wanted to get involved in theatre.  And would I possibly consider Phillip as my assistant for the Saroyan play? Say what?  A seemingly complete turn around as the renowned Eric Bentley was asking me now for a favor?

Wow!  I thought – “Was there method in his madness”?

Probably.  But, hey, life is often unpredictable. As Gilbert and Sullivan once said in PINAFORE, “Life is seldom what it seems!” Eric’s son Phillip turned out to be a really nice kid.  And my relationship with Eric was changed forever although we seldom saw each other over the years.  But we appreciated each other for the things we had in common – being both theatre workers and fathers.  And my view of cultural giants and/or celebrities like Bentley and Prince also changed.  Both of them were wonderful surprises.  Whatever their artistry and fame, they were most importantly good human beings.  And that’s how I’ll remember them the most.