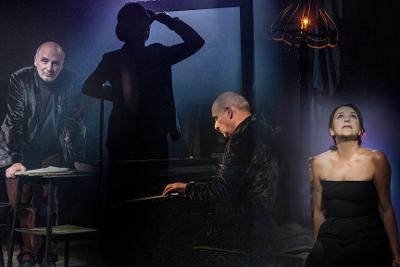 The premise of this genteel, entertaining piece (named for a Charlie Chaplin song) is discovery of a dusty, old music book for which the protagonist negotiates in a British antique shop. “You never know what glorious, forgotten melodies you might discover…” Delving into the volume, Peter Polycarpou, then joined by Sally Ann Triplett, disinters and performs songs of the early 1900s. (Piano accompaniment is grandly evocative) Writers are identified in tandem with iconic work they went on to contribute to popular music. Parentheses are mine.

We start with Ted Snyder, “The guy who gave Berlin his first job.” (In 1909 he hired Berlin as a staff writer for his company and the two eventually became business partners.) Snyder composed “Who’s Sorry Now?” (lyrics Bert Kalmar & Harry Ruby) and went on to write the Tin Pan Alley hit “I’m the Sheik of Araby” (lyrics Harry B. Smith and Francis Wheeler) “That’s the way it goes! They’re all singing it! The whole bally town is echoing and re-echoing to the strains of that raging song hit.” (The Orlando Sentinel.) We hear a snippet. (Smith and Kalmar wrote the “rose” of Araby, but changed it when Valentino’s film, The Sheik was released.)

The first of many nonsense songs is 1923’s “When It’s Nighttime in Italy, It’s Wednesday Over Here”: When it’s night time in Italy, it’s Wednesday over here./If you lay on a mattress, you’ll find that spring is near./ If you haven’t an appetite, just think of Paul Revere. /By the time that they pass a bill to bring back wine and beer… (James Kendis/Lew Brown) Polycarpou’s rendition is deadpan, bouncy and bright.

With music by John Kellette, Kendis was also one of three lyricists responsible for “I’m Forever Blowing Bubbles” (with James Brockman & Matt Vincent- bizarrely under the pseudonym “Jaan Kenbrovin,” a combination of their three names. The song was performed and recorded by most major singers and bands of the late 1910s and early 1920s.) At this point Triplett joins Polycarpou onstage.

Triplett wistfully sings Charles Chaplin’s “Falling Star” (written with Meredith Wilson- yes, that Meredith Wilson- The Music Man– for The Great Dictator)  All my life I’ve been a lonely lover, I couldn’t discover romance/Somewhere love is hiding under cover/If I find it, I’ll take almost any chance…” Chaplin wrote all the music (and lyrics) for his films which Wilson orchestrated. Triplett performs a lovely version of “Now That It’s Ended” (A King in New York) and a jazzy “Spring’s the Time for Making Love” (A King in New York.)  Polycarpou offers a melancholy “Smile” (Modern Times)-not delicate but rife with feeling and “Beautiful Wonderful Eyes” (City Lights) which arrives like Pagliacci.

James V. Monaco/Eugene West’s “You Know You Belong to Someone Else (So Why Don’t You Leave Me Alone?)” follows in rueful duet. With Joseph McCarthy, Monaco also wrote Al Jolson’s popular 1913 “You Made Me Love You (I Didn’t Want to Do It)” and 1916’s “What Do You Want to Make Those Eyes at Me For” (Joseph McCarthy/Howard Johnson)

From No No Nanette, we’re treated to a duet of Vincent Youmans/Irving Caesar’s “Last Night on the Back Porch” . . . I loved him most of all . . .and the iconic “Tea for Two.” And what would a compilation like this be without a corny, vaudevillian interpretation for “Yes, We Have No Bananas” (Frank Silva/Irving Cohn) which became a major hit in 1923, placing No.1 for five weeks.

A pretty arrangement of “The Roses of Picardy (Haydn Wood/Frederick Weatherly – who wrote “Danny Boy”) and Irving Berlin’s beautiful 1924 “What’ll I Do?” written during his love, Ellen McKay’s “tour” of Europe – intended by her father to see that she forgot Berlin, take us back to “Smile.”

Regard for material is infectious. Both performers are clearly actors. When songs otherwise tossed off are sincerely delivered, we hear them afresh. Simple lyrics can be moving or jauntily charming. Direction is uneven, however. Triplett in particular is sometimes over-demonstrative in a way that one can only assume is meant to emulate the shmaltz of music halls, but instead creates an ouch factor.

The piece would benefit  from more full songs and fewer short excerpts which make it choppier than necessary, also an anecdote or two instead of just naming of songwriters. Nor do I understand the inclusion of obscure French selections, even though aptly dated. All in all, however, the show has much to offer in the way of sentimental way back when and manages to warm the heart.

Written and Performed by Peter Polycarpou 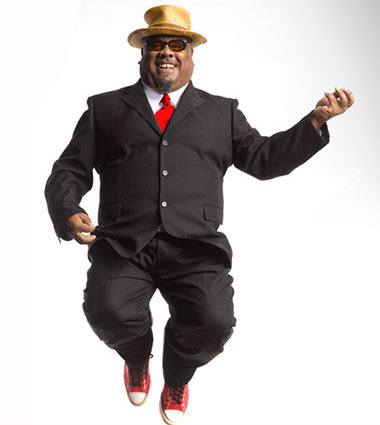 The New Stew Review – 54 Below Debut 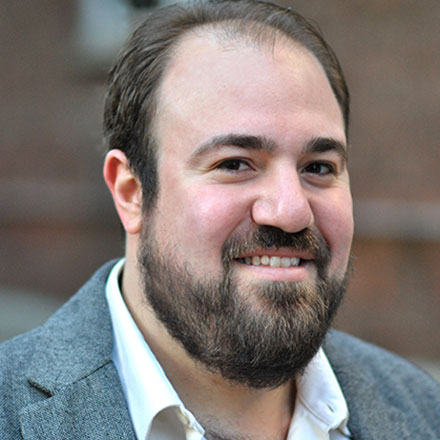 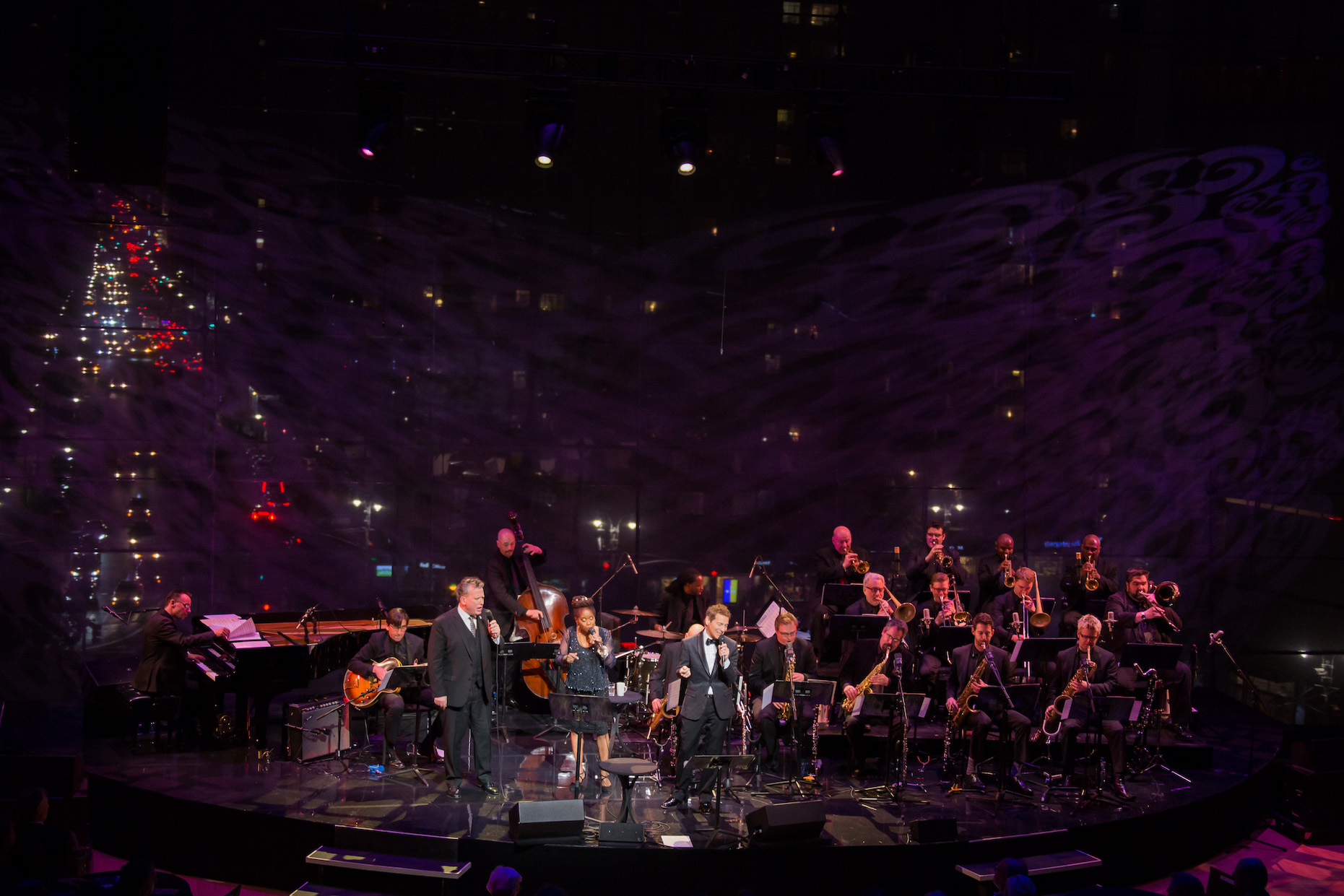 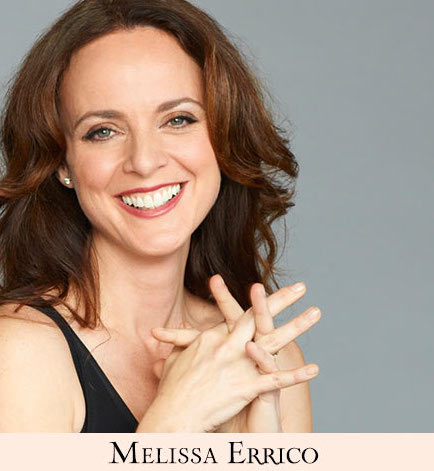