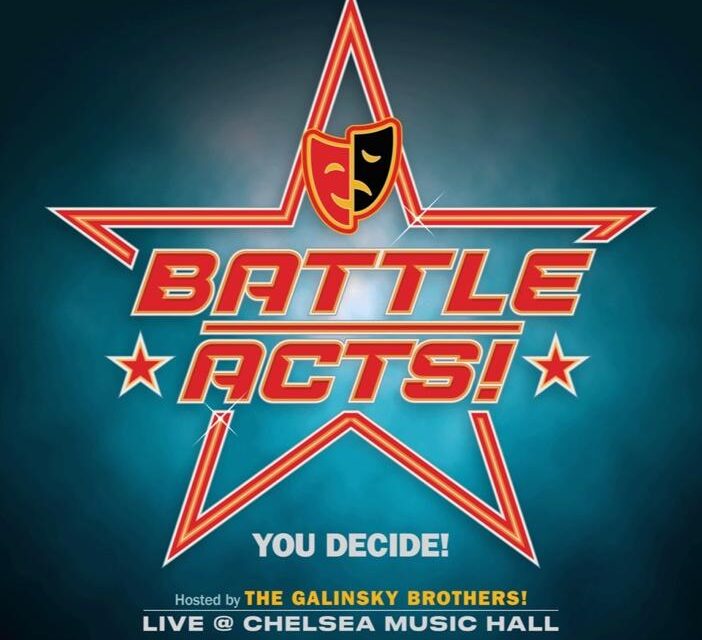 Are you ready to put your acting chops on the line and battle it out in front of a live audience and top entertainment industry professionals? Get ready for your big break beginning Jan. 30th at Chelsea Music Hall in the ‘American Idol of Acting!’

Hosted by the Galinsky Brothers, whose long-running Manhattan Monologue Slam became a staple of the New York City acting community and was touted by the New York Times as “performers looking for that fabled big break are squaring off against one another in a flurry of monologues, with industry professionals sitting as judges,” Battle Acts brings together stage and film actors who go head-to-head in front of celebrity and industry insiders in an evening of raucous, fast-paced performances to be crowned the “Battle Acts Champ.” Produced by a team of industry vets whose credits include five TONY Awards, Executive Producer of the International Emmy Awards, Producer of multiple HBO Max Comedy Specials, and producer/director of over 50 TED talks. Battle Acts will give actors an opportunity to showcase their work in front of some of the top decision makers in the business and a live audience.

The 2023 finale of Battle Acts is a year-end Championship show where one actor will be crowned the “Ultimate Battle Acts Champion” giving them the year-long bragging rights as the Best Actor in New York City. The Championship Set – The 30 Second Set culminates in the finale. See more information as below.

Actors can register to perform by visiting www.BattleActsLive.com/performers.