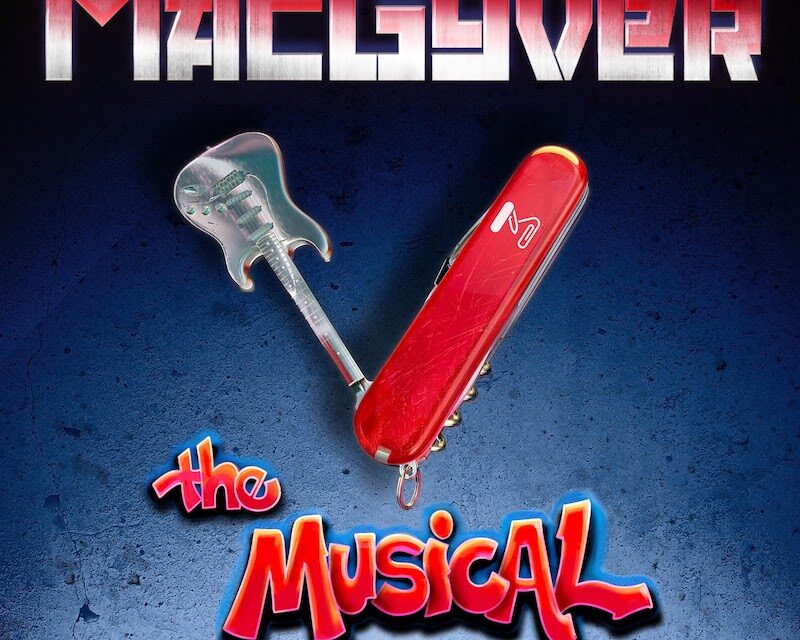 MacGyver: The Musical releases its much-anticipated world premiere album featuring Broadway and TV Stars.  Joining the explosive cast of MacGyver: The Musical is Broadway star Taylor Louderman of Bring It On: The Musical, Kinky Boots, and Mean Girls for which she received a 2018 Tony Nomination for Best Actress in a Musical – Tony, Emmy, & Grammy Award Nominee Brandon Victor Dixon, The Color Purple, Motown: The Musical, and Hamilton – Tristin Mays, star of the recent MacGyver TV series reboot, joins the MacGyver: The Musical album with a fiery solo ‘Too Much Future’ a protest song.

It will be released for digital and CD purchases on Friday, January 27th. Preorders for the digital version and CD will be available the first week of January 2023. Each album pre-order will unlock two songs from the show, available for immediate download on iTunes only. iTunes preorder link will be available soon. Preorder now: BROADWAY RECORDS: https://www.broadwayrecords.com/collections/cast-recordings/products/macgyver-the-musical-world-premiere-recording-cd

The critically acclaimed new musical, currently on Broadway at the Booth Theatre, features book and lyrics by Pulitzer Prize-winner David Lindsay-Abaire, music by Tony Award-winner Jeanine Tesori, based on the play of the same name by David Lindsay-Abaire, choreography by Danny Mefford, and direction by Jessica Stone.

Ryan Raftery returns to Joe’s Pub for his seventh consecutive run, premiering his new celebrity biomusical comedy MOTHER OF THE YEAR. Raftery’s latest piece is an irreverent fable about the woman behind arguably the world’s most famous and oddly enduring brand…The Kardashians.

RYAN RAFTERY: MOTHER OF THE YEAR opens Wednesday, March 15, and runs on varying dates through Sunday, March 26. Tickets are $55 and more details are available online, over the phone (212-967-7555) and in-person at The Public Theater’s box office (425 Lafayette, NYC).