Getting To Know You: Rodgers & Hammerstein – 92Y 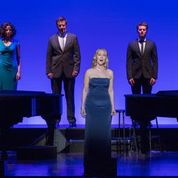 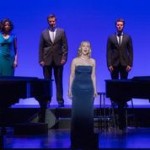 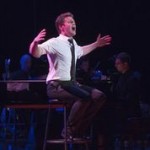 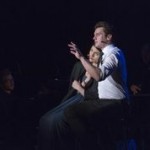 Incredibly, in the decades-old Lyrics & Lyricists series at the 92nd Street Y, there has never been a show dedicated solely to the works of Richard Rodgers and Oscar Hammerstein II, one of the biggest brands in theater history. In the 17 years of their collaboration, the duo created nine stage shows, one movie and one original television special, most of them huge successes.

Rectifying this omission, Ted Chapin, artistic director, writer and host of this program (as well as President of Rodgers and Hammerstein Foundation), created a show which brought freshness and inspiration to very familiar material. With twin pianos, played by Greg Jarrett, associate music director, and Roberto SInha, and backup from Ray Kilday on bass, Rich Rosenzweig on drums, Dan Willis on reeds, and Emily Bruskin Yarbrough on violin, the talented cast of three women and two men delivered the goods, proving why there are a plethora of R&H musicals playing every day somewhere in the world.

The opening medley of hits, with the entire cast, Mandy Gonzalez, Rebecca Luker, Phillipa Soo, Lewis Cleale and Jonathan Groff, led into the iconic “Some Enchanted Evening,” from 1949s South Pacific. “Cockeyed Optimist,” from the same show, sung by Mandy, Phillipa and Rebecca, was a  window into lyricist Hammerstein’s world view. Hammerstein was known to be an optimist, often corny, which elevated the sometimes dark material of their “musical plays.” The duo tackled serious source material, eschewing lighter “musical comedies.” Their two flops in an amazing string of hits were both based on their own, original material: Allegro from 1947 and Me and Juliet, from 1953.

“The Gentleman Is A Dope,” from Allegro, insightfully sung by Rebecca, communicated the frustration of the character, Emily, observing her boss, Dr. Joe Taylor, throwing away his potential. “Intermission Talk,” from Me and Juliet, sung by the cast, is an amusing in-joke about the theater (it’s dead, you know) with such lines as “I wouldn’t wait for the second act if I had someplace to go.” Another lesser known, less successful R&H work, Pipe Dream, based on the John Steinbeck novel, Sweet Thursday, produced tunes such as “The Next Time It Happens,” sung by Mandy. (R&H would later admit they were seduced by Steinbeck’s writing, ignoring the fact that the subject matter of Cannery Row wasn’t suitable for them.)

Cinderella was the R&H hit produced in 1957 for the relatively new medium of television. Cinderella was watched the world over, setting a viewing record that’s still hard to break. Now enjoying a hit on Broadway, a mere 55 years after R&H predicted it would transfer, Cinderella was represented with “A Lovely Night,” sung by Mandy and Phillipa, and “Do I Love You Because You’re Beautiful?” delivered by Rebecca and Lewis.

The one “costume change” of the program came with “Soliloquy” from 1945s Carousel. Because “Soliloquy” is as much about acting as it is singing, Lewis Cleale donned jeans and a plaid shirt to tell the story of the carousel barker, Billy Bigelow, awaiting the birth of his child. Lewis’ beautiful, strong baritone and well-honed acting chops hit the song home, to rousing audience applause.

A highlight of the program was the role reversal segment, in which Lewis sang “Honey Bun,” from 1949s South Pacific, and Jonathan sang “Wonderful Guy,” without a lyric change. His animated, play-it-straight (pun intended) delivery produced a clever, funny rendition that garnered a lot of applause. Lastly, Rebecca sang “This Nearly Was Mine,” usually reserved for a resonant bass-baritone. With her clear, rich soprano, the lost-love theme sung by a woman rang painfully true, producing huge applause and Kleenex.

South Pacific produced hit after hit song for R&H and was one of their biggest successes. To demonstrate the evolution of a song during the writing process, Jonathan sang two iterations of the tune written for Lt. Joe Cable after he’s been with the Tonkinese girl, Liat. The original song was called “My Friend.” When Rodgers played it for writer-director Joshua Logan, the latter turned thumbs firmly down. Next came “Suddenly Lovely,” which was discarded (the melody eventually went into The King and I). The song to make the final cut: “Younger Than Springtime,” the reveal sung by Jonathan with heart and dramatic flair.

Getting To Know You was delightfully interspersed with amusing bits of business, entertaining slides and visuals, and pithy information: the cast reading snippets of letters, notes and other communications by and between Rodgers and Hammerstein. The finale, “Edelweiss,” from 1959s Sound of Music (their last collaboration, ended by Hammerstein’s death), sung by the entire cast, demonstrated why R&H were so darn good. The singing of draft lyrics precedes the final version of the song, which Chapin said, is still to this day thought by many the world over to be an authentic Austrian folk song.