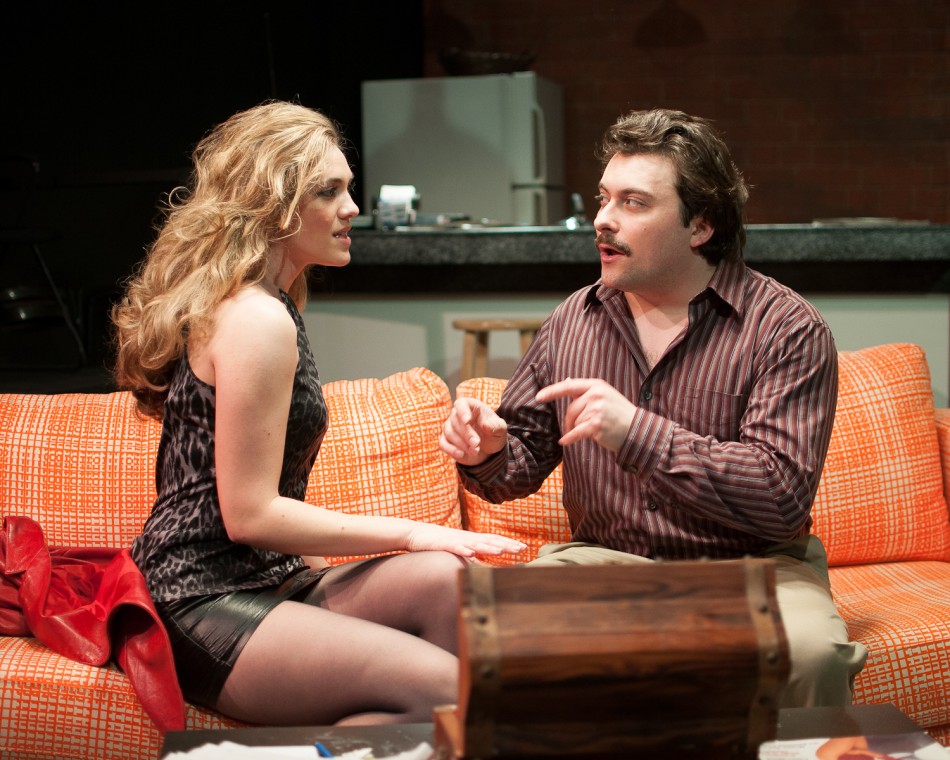 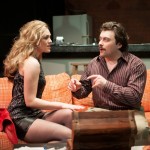 First rate ensemble playing make this relic from the eighties worth a visit.

Time has not been kind to David Rabe’s Hurlyburly, a three-hour slog through the lives of seven extremely flawed, self-centered Hollywood types.  The only reason to resurrect this tale of misogyny, substance abuse and self-destructive behavior is to show off the acting chops of the cast.  The Variations Theatre Group’s production of Hurlyburly, though flawed, does just that.  This young and very eager troupe, now ensconced in the spic-and-span Chain Theatre in Long Island City, is trying its hand at this sad epic, and, directed by Rich Ferraioli, mostly succeeds in making a case for watching these characters self-destruct. 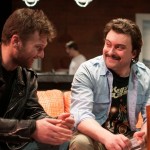 The male characters are all in the film and TV industry in ways that aren’t made particularly clear, although Phil (Brandon Scott Hughes) believes himself to be an actor of the James Dean breast beating variety.  Eddie (Kirk Gostkowski, Artistic Director of Variations), whose house is the focal point for all the characters, clearly does well enough to keep himself in booze, pot, cocaine, prescription meds and women.   Mickey (Devon Anderson), the cleanest cut of the bunch, is camping out in one of the bedrooms and Artie (Chris Harcum), the clown of this immature conclave, seems to have his own key.  All the men are divorced with off-stage wives and children who weigh heavily on what is left of their morality although they actually only speak of them sparingly.

Always bursting into the house with his woebegone stories of never quite being cast and problems with his soon-to-be ex-wife, Phil becomes the emotional vortex of the play.  Eddie cares for Phil and listens patiently to his complaints while the other guys are concerned but go their own way giving him lip service.  The women characters are treated like dirt, passed between them, used for quickie sex and then disposed of with no further thoughts or feelings.  Donna (Rachel Cora) is a ditzy, hippyish hitchhiker who is brought to Eddie’s house for sexual purposes but winds up insinuating herself into the lives of the guys.  Darlene (Christina Elise Perry), a smart, tough lady, initially going with Mickey becomes Eddie’s lover and the closest thing he has to a mature relationship.  Bonnie (Jacklyn Collier), a mother, is a casual prostitute, the default sex object of the guys.  She is pivotal in the emotional breakdown that Phil goes through after she goes off with him for a liaison.

The play is written in a high-falutin’ style, alternating between smutty talk and language that no human would ever use.  Eddie keeps asking, “And how does that pertain to me?” for example.  Fortunately, Hurlyburly was written in the pre-electronic, pre-digital age. The only electronic appliance in the show is the TV which is used to avoid conversation.

This cast needs more of the swagger implied by the over-writing.   Brandon Scott Hughes manages a boyish machismo as Phil and as irritating as his immature breakdown is, he plays it well.  Deven Anderson is, perhaps, too clean cut, but captures Mickey’s ironic humor.  As Artie, Chris Harcum hasn’t quite found the center of his character.  Is he needy? Is there anything beneath the confused exterior?  Kirk Gostowksi’s Eddie is a bit too nice, but he makes it clear why he is the den mother of this bedraggled group.  His is the most complex personality.

As for the women, Rachel Cora’s Donna is appealing and very comfortable in her body.  Christine Elise Perry’s Darlene is the most complex of the women and she holds her own both intellectually and sexually.  She is tall and uses her height well as she strides through the space.  Jacklyn Collier makes Bonnie a three dimensional person, not just a floozy trying to earn cash with her body.  There’s a lot going on in her eyes and face.

The simple set by R. Allen Babcock is clearly hampered by finances, but Samantha Newby’s costume choices give a feel for the period.

It’s worth a short trip to Long Island City to see this young troupe of eager performers—only 15 minutes from  Times Square and with a great diner on the corner!

Running Time:  3 hours with one intermission 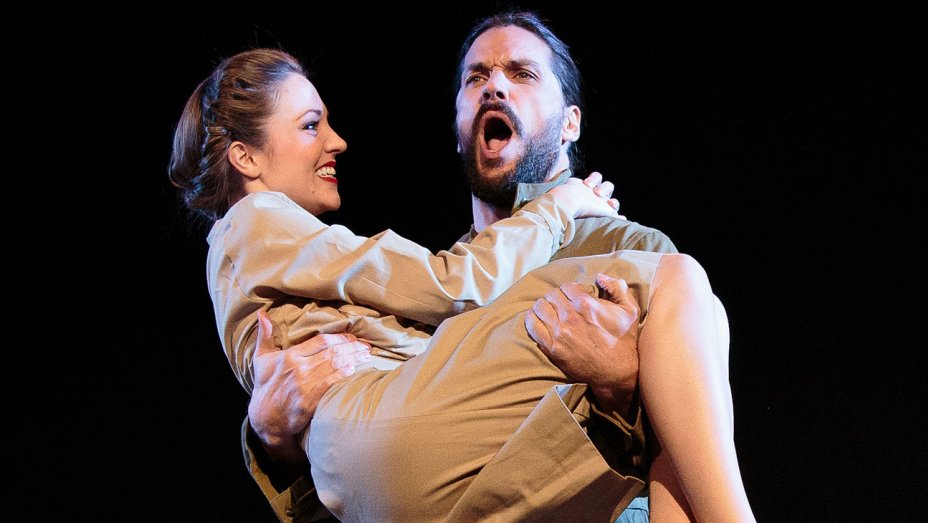 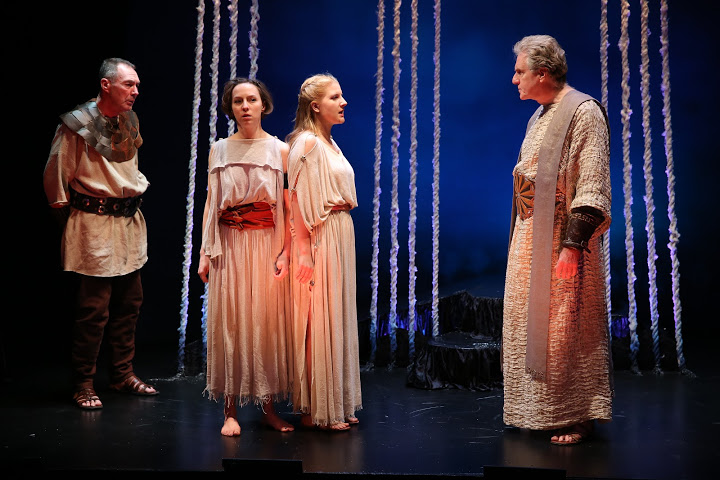