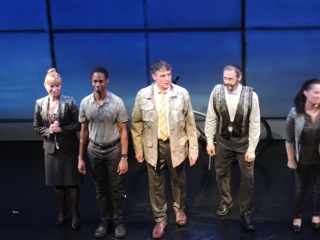 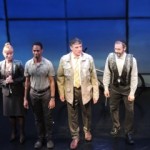 THEATER PIZZAZZ was at the opening night of Bikeman: A 9/11 Play presented by Marc Agger and William Brown. The play is written by Thomas F. Flynn based on his acclaimed book. Flynn is an Emmy® Award-winning CBS reporter who nearly lost his life when the Twin Towers fell.  He lived to write about his odyssey in an epic narrative poem that soon became a best seller. Dan Rather called it “a journey into a modern underworld, and of the escape that made it possible to tell the tale.” Now, this critically acclaimed book has been adapted for the stage directed by Michael Bush.  Bikemanfeatures Tony Award® nominee Robert Cuccioli, Irungu Mutu, Angela Pierce, Elizabeth Ramos, and Richard Topol. 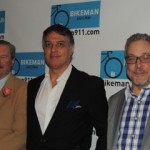 Bikeman is a recounting of one man’s experience of that unforgettable day and chronicles the morning of September 11, 2001 through the eyes of a veteran journalist reporting live from the shadows of the Twin Towers.Tom, an award-winning writer and producer for The CBS Evening News with Dan Rather, was outside his Greenwich Village home when the first plane flew directly over his head. Tom immediately called into the news desk to tell them he was headed downtown. He jumped on his bicycle and began his ride to the towers. His harrowing story recounts his transition from reporter to participant as he battles for survival at the fall of the south tower, ultimately coming to terms with the events of the day. 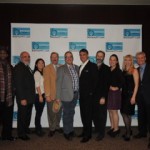