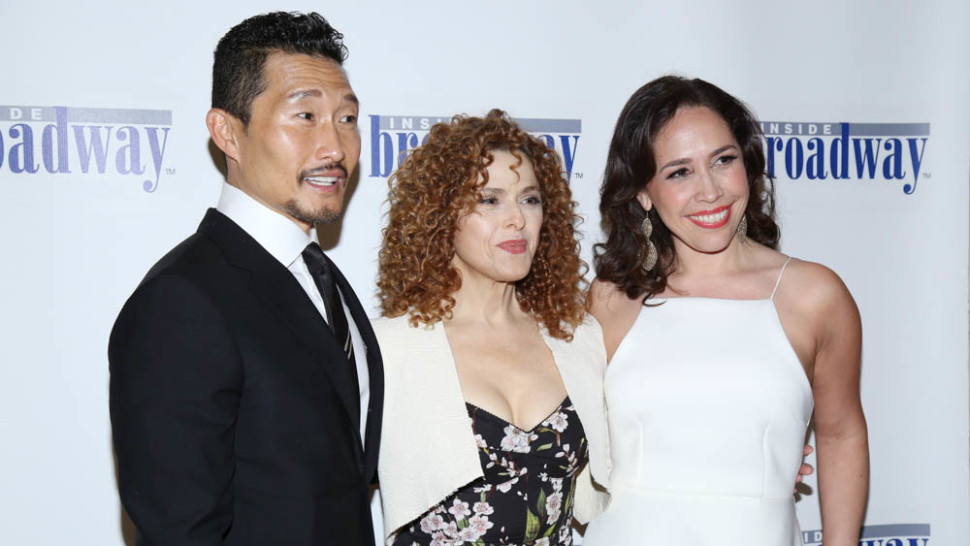 Since 1982, Inside Broadway has provided nearly one million New York City public school students with an intimate look into our city’s theater heritage. The organization’s much-needed programs aim to educate and inspire our youth about the arts, as well as foster new generations of theatergoers. With that kind of mission, what better way to launch into the annual Beacon Award program than with a performance by the very kids Inside Broadway reaches out to. Ten energetic, talented and costumed triple threats from IS 270 in Brooklyn opened the event, treating an appreciative audience with selections from Thoroughly Modern Millie.

Inside Broadway Executive Director and founder, Michael Presser, welcomed enthusiastic supporters of the organization with the great news that the 2015-2016 Broadway season was the best yet – a banner year. Ooohs and aaahs greeted the astounding fact that Broadway ticket sales exceeded the combined sales of all the New York City sports clubs for the same time period. Clearly, Inside Broadway had contributed to this success by communicating the importance of the arts to the young people of the City.

Baruch Shemtov of Fox 5 News took over as host of the evening, launching into the presentation of the 2016 Beacon Awards, “presented annually to individuals in the theatre and Times Square community who have been advocates for increasing the audience for live theatre and for understanding the importance of Arts and Education in the lives of New York City’s young people.” The first honoree, actor Daniel Dae Kim, was presented his award by mentor Ron Van Lieu. Actress Andréa Burns was presented her award by her young son, actor Hudson Flynn. Three of Burns’ colleagues from On Your Feet, currently playing on Broadway, regaled her with selections from the show. After an interlude of a live auction and raffle, the Beacon Awards resumed with the next presentation, to Sound Associates, Inc. CEO Richard Fitzgerald, by Heather Randall, head of the Tony Randall Theatrical Fund. The final Beacon Award was given to Scott Nadeau, General Manager of the New York Marriott Marquis, presented by his Marriott colleague, Sales and Marketing Director, Leon Goldberg.

Funds raised from the Beacon Awards event directly support Inside Broadway’s mission of theatre education programs to New York City’s under-served public school students throughout the five boroughs. Inside Broadway produces touring equity musical productions for the schools as well as develops educational programs in which participants interact with professionals in the classroom.

The Inside Broadway Beacon Awards were held on Monday, June 20 at The JW Marriott Essex House (160 Central Park South), For more information on Inside Broadway, please visit www.InsideBroadway.org.