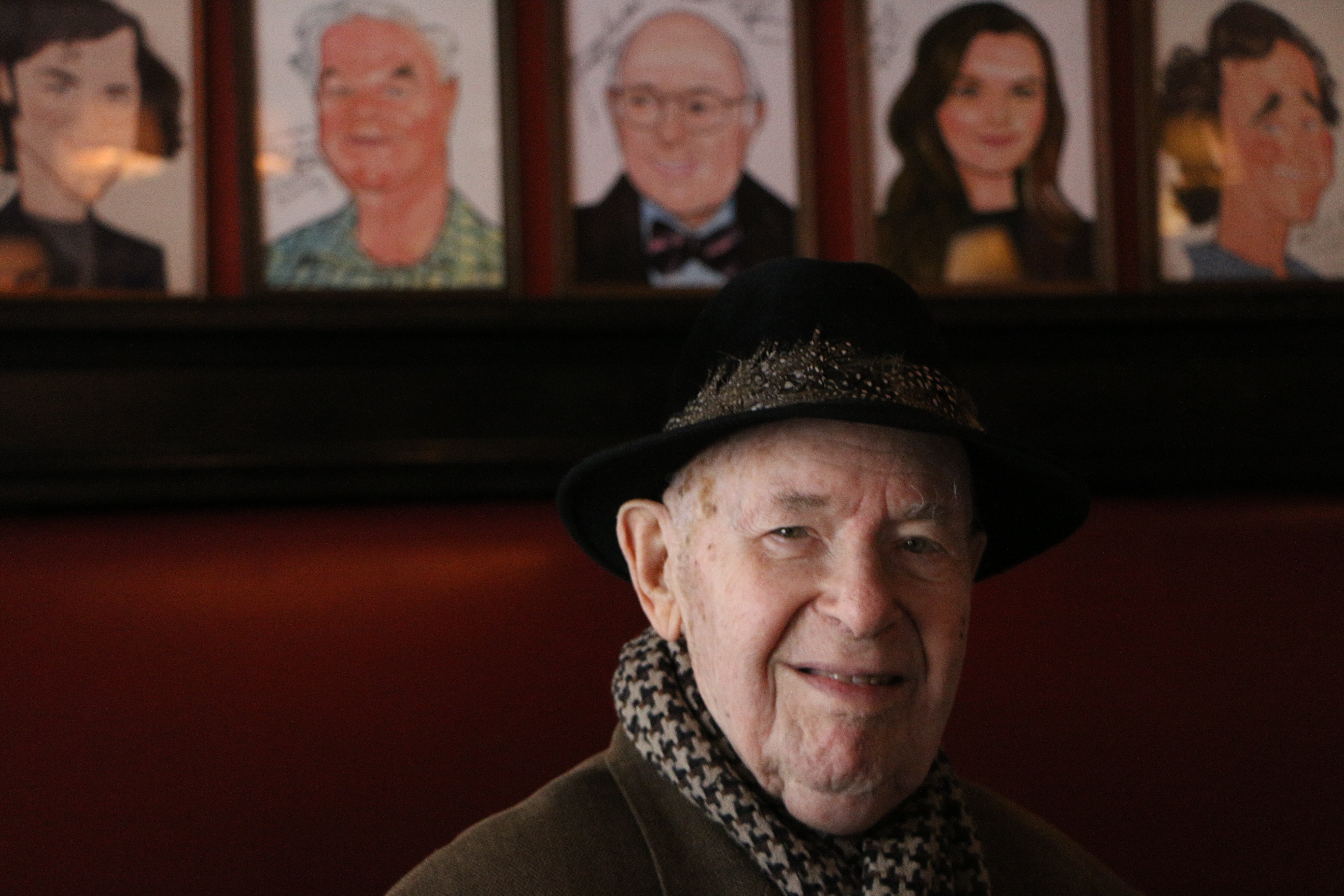 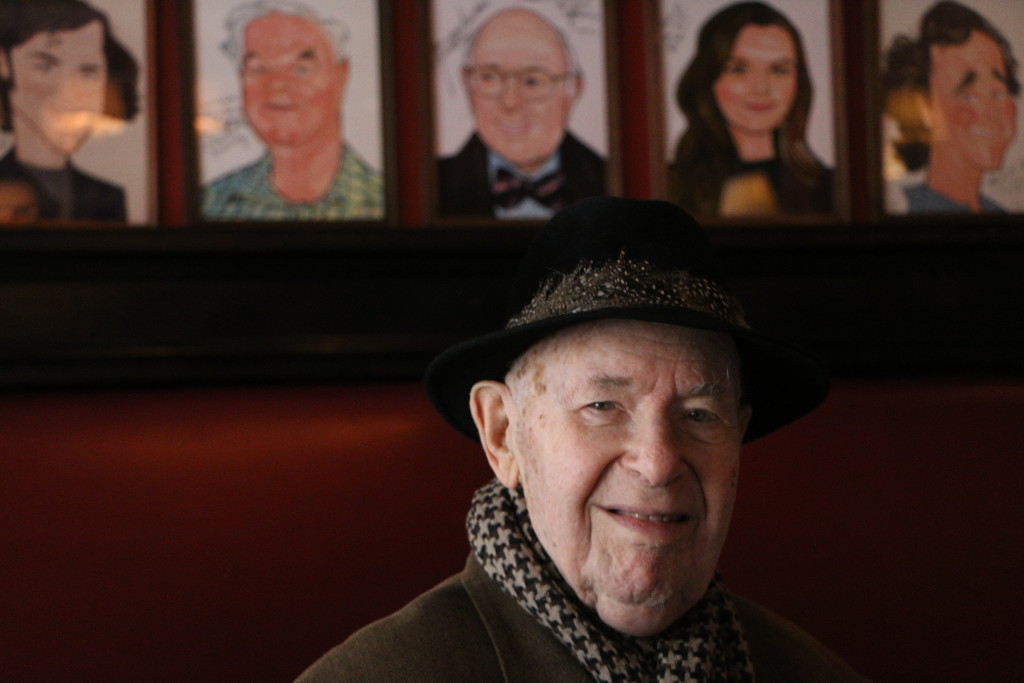 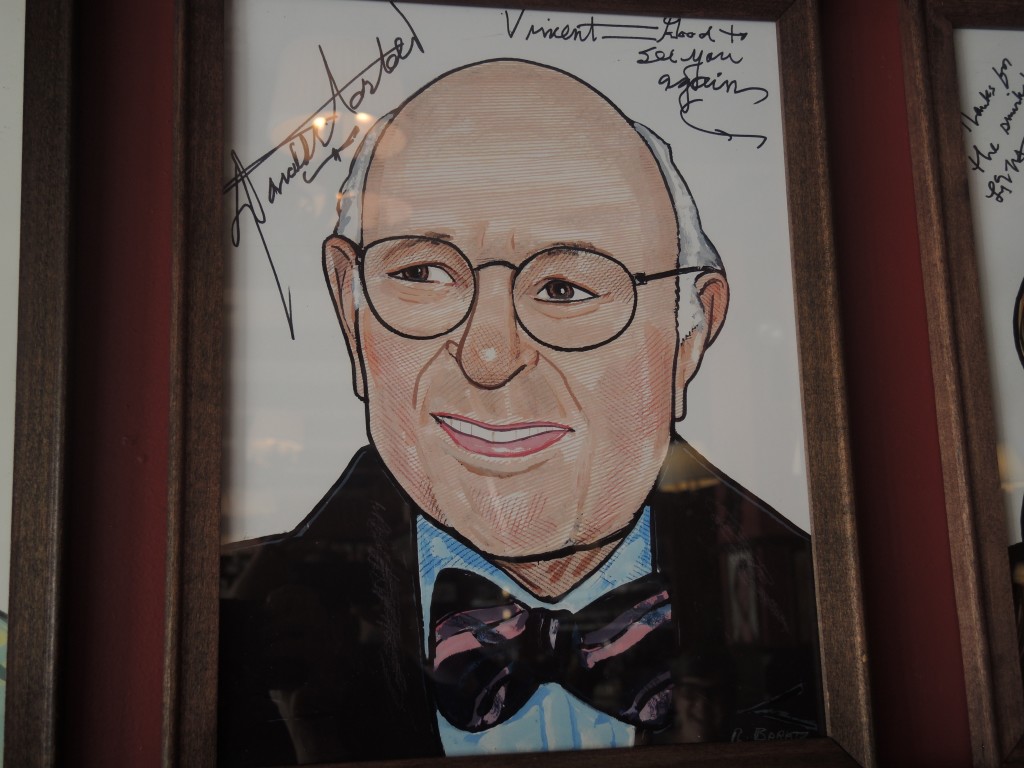 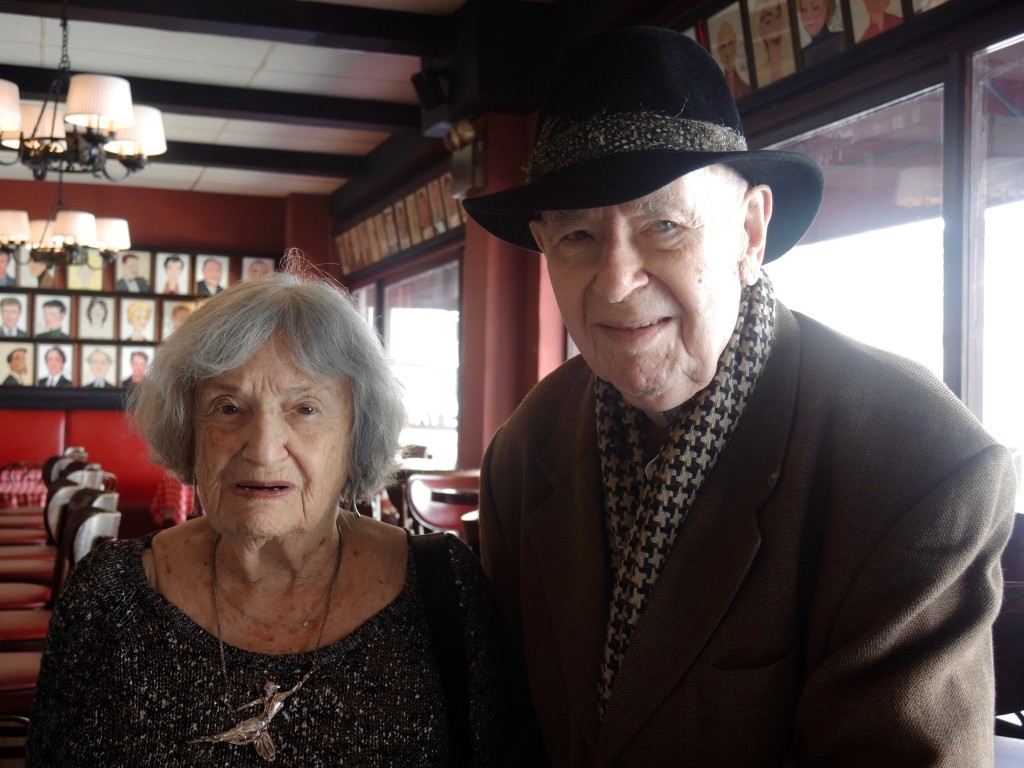 Legendary theatrical attorney DONALD C. FARBER was honored in a ceremony on Tuesday, June 21, 2016, where his caricature was unveiled and placed on the wall at Sardi’s, following in the grand tradition of so many beloved theater stars and stalwarts before him.
For 55 years in show business, Donald Farber has inspired countless budding producers with his books Producing Theater, Producing on Broadway, From Option to Opening, and his recent memoir I Hated To Do It.  With Robert Viagas, he penned The Amazing Story of The Fantasticks, the musical for which he was legal counsel from its opening in 1960.  For much of his career, he has been an attorney for the Stratford Festival in Canada, and he has represented the works and estate of Kurt Vonnegut.
A few dozen friends and family were in attendance to celebrate Donald Farber at this well-deserved tribute. I was thrilled and honored to be a part of this celebration.