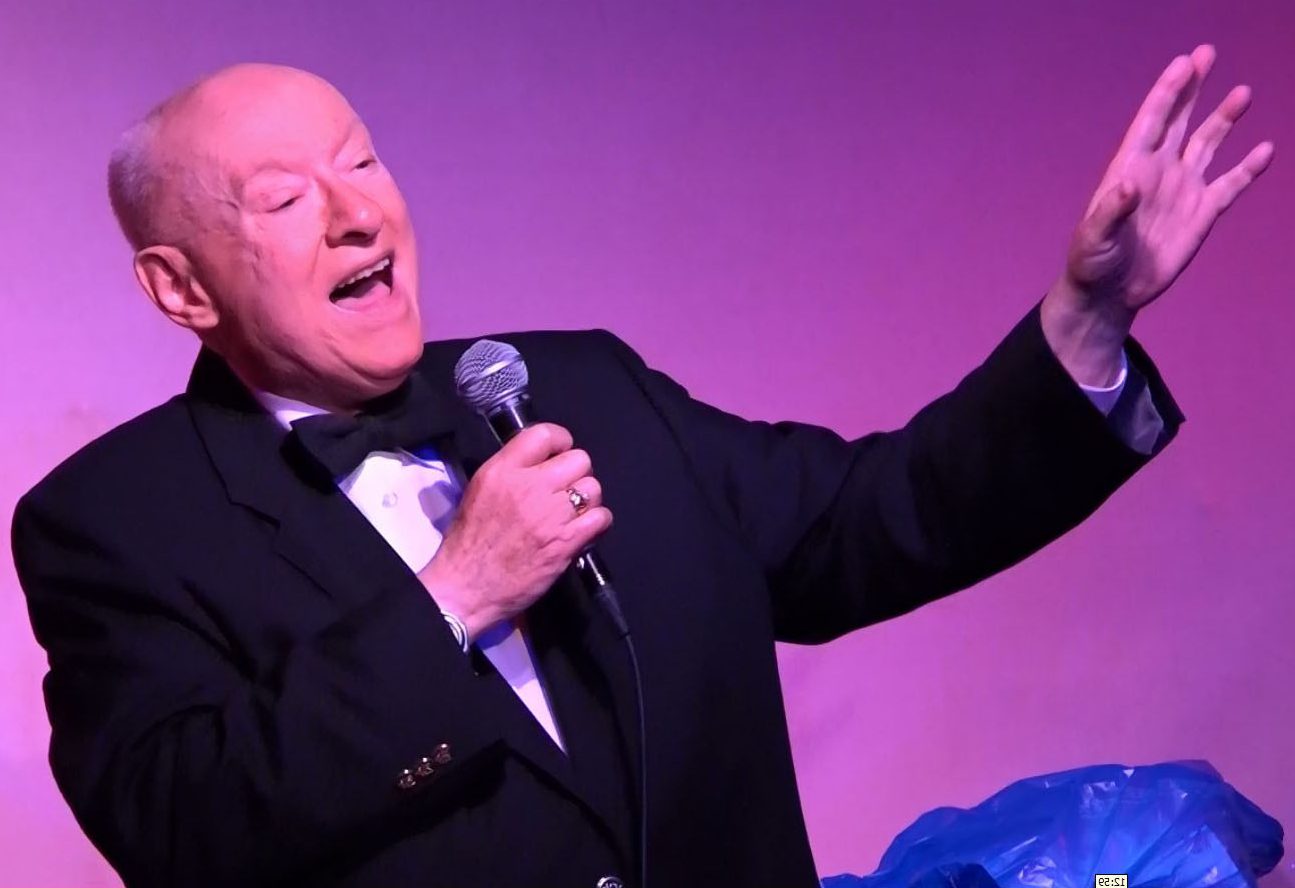 Ira Lee Collings, an 81-year-old imp who blends Maurice Chevalier’s charm with Jimmy Durante’s conviviality, calls himself a Gay Geezer. Collings may have a “gay” sexual orientation. Nowadays who doesn’t? But as a performer he’s also gay in the former meaning of that word—jolly, animated, cheery, merry, carefree and playful. What’s more, there’s nothing Geezerish about this guy. Even when he’s feeling nostalgic, he’s totally hip and makes you share his joy in the past, present and future.

Ira Lee Collings is celebrating Gay Pride Month 2017 with his latest solo show: “Life Is A Song – So Why Not Sing it?” and sings for his supper with the kind of honesty, style, joy and affection for an audience that was de rigueur for headliners during the ‘40s and ‘50s. When he steps on stage in a white shirt, black bow tie and what-may-not-be-but-passes-as a tuxedo jacket, he’s a study in savoir-faire. His opening number, “Canadian Sunset,” warmed up his vocal chords, and by its final note he and they were moving full speed ahead.

Collings has had an unusual life. Born in Indiana, the youngest of eight children, his father died when he was eight and he was raised by his hard-working mother. He studied at the Goodman Theatre in Chicago, moved to New York where he won first prize, opening for the great Dawn Hampton in a talent contest at a West Village gay bar. He toured, performed in dinner theaters and then stepped away from show business for a considerable length of time, including a decade in the statistical department of Forbes Magazine. But he has returned to performing since that retirement with solo shows at Don’t Tell Mama. Collings breezed through a song set that mingled romantic ballads with enchanting melodies and poetic lyrics—“My Heart Belongs to Only You,” “No Matter What Happens,” “The Moon is Blue,” ”Lover Man,” “I Believe,” “You Are So Beautiful.” And with lively up-tempo foxtrots—“I Know a Place,” and “Nothing Can Stop Me Now.” John M. Cook, his sensational music director, had Collings’ back with sensuous, glissando-packed arrangements. Collings gayed up the lyrics of “Route 66” by changing the roadside attractions worth stopping for to the 2400 truck stops between Chicago and L.A. All of his selections were culled from the Top Ten lists of the hour long weekly radio show, “My Hit Parade,” broadcast every Saturday night at 10 pm from 1935 to1955. I was a fan of that show. It kept me company on the many Saturday nights when I was homebound and dateless—actually every Saturday night—during a time period when a girl appearing in public without an escort on date night was unheard of.

Collings interacted with the audience beautifully. After inviting a young woman named Wendy to join him on stage, he sang “I Couldn’t Believe My Eyes” to her and followed her to her seat in order to bestow on her a perfect rose. Later he invited a very handsome young man named Dorian on stage, sang an even more heartfelt “Lost in Loveliness” to him and also gave him a single rose. Still later in the show he introduced June, an actress who’d worked with him in dinner theater and who, when his mother was dying, was kind enough to lend him her credit card so he could rent a car and say his farewells before his mother passed on. It was June’s birthday, which accounts for the delicate bouquet Collings presented her with.

Ira Lee Collings is an octogenarian who remembers what it was like to be young and who projects how great it is to feel alive with every word he utters and every note he sings.

The very enjoyable Life is a Song – So Why Not Sing It? by a most delightful performer will be performed again on June 26 at 7 pm at Don’t Tell Mama (343 West 46th Street. between Eighth and Ninth Avenues). www.donttellmamanyc.com