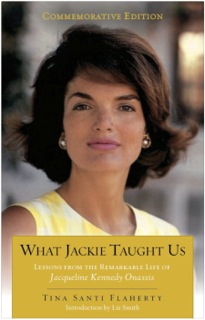 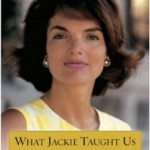 What would Jackie O have done to save Rizzoli Bookstore were she alive today? How would she have inspired us to confront the challenges our city faces, and preserve not just its landmarks, but its essential character?

In her new Jacqueline Kennedy Onassis book, “What Jackie Taught Us,” prominent arts patron Tina Flaherty has asked fourteen opinion leaders from around the world to tell us what gave Jackie her edge and how her influence is still felt today.

At a book-signing event at Barnes & Noble, 150 East 86th Street, on Thursday May 15, at 7pm, Flaherty shined the light on Jackie O’s life lessons and leadership abilities. What were the qualities that made her such a compelling and forceful defender of New York’s cultural and architectural assets? What personality traits helped her to compel decision-makers to act in the best interest of the city? And, interestingly, how is her legacy holding up in 2014?

Just out from Perigee Books, a division of Penguin Random House, the expanded commemorative edition of “What Jackie Taught Us” (with 14 new essays) marks the 20th anniversary of Mrs. Onassis’ death on May 19.

“The book is not a tell-all,” says Flaherty, “it’s more of a how-to. In essay after essay we emphasize her unique character traits over her fabled beauty and well-documented power to captivate.”

A pioneering businesswoman, Flaherty was first a TV and radio broadcaster in Memphis (with her own shows on radio and television). She went on to become the first female corporate vice president of three of America’s largest corporations: Colgate-Palmolive, Grey Advertising, and GTE.