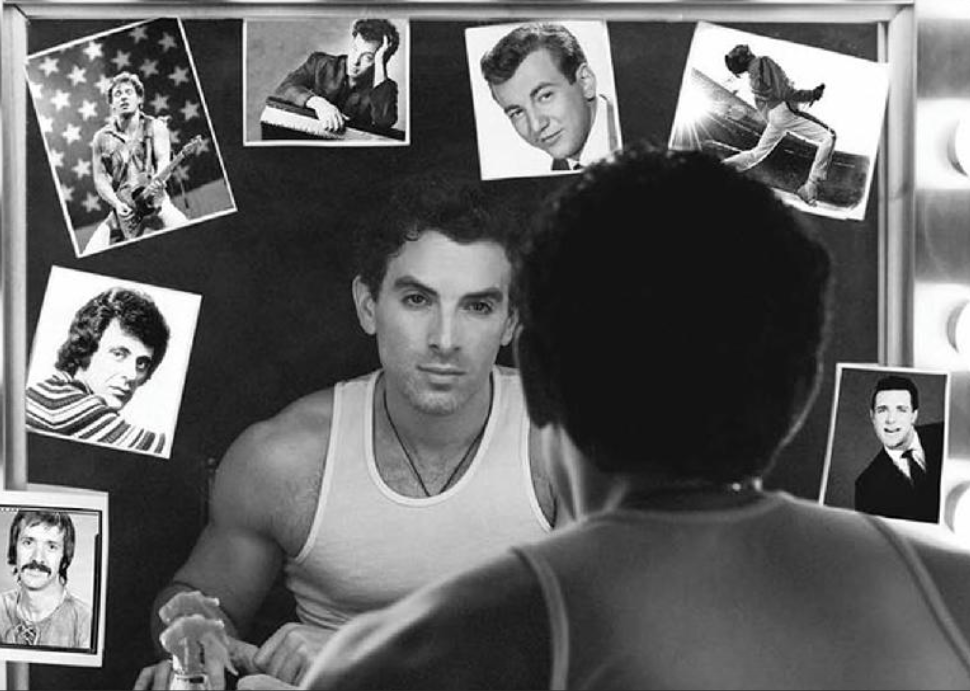 Stephen Sondheim isn’t always right: You don’t always need a gimmick to prove you’re more than just a mimic. At least not if you’re Jarrod Spector. While this talented performer has spent most of the past 13 years on Broadway brilliantly portraying three musical icons – Frankie Valli (in “Jersey Boys”), Barry Mann (in “Beautiful’) and Sonny Bono (in “The Cher Show,” currently at the Neil Simon Theatre –) one only had to witness “(con) Artist,” his superb 100-minute concert at Sony Hall on April 15, to discover that thanks to his remarkable vocal range, Spector can do – and sing – almost anything.

Backed by a smoking seven-piece band and three back-up vocalists (plus two special guest stars), the amiable, energetic performer took audiences on a remarkable vocal journey. Kicking off with stunning back-to-back performances of Billy Joel’s “The Entertainer” and Led Zeppelin’s “Rock and Roll,” Spector then dove headlong into some of the most memorable tunes of the past 60 years, nailing each one with complete conviction.

One had to marvel as Spector all-so-deftly handled Bobby Darin’s “Splish Splash” and “Irresistible You,” Barry Manilow’s “Even Now,” the Jackson 5’s “I Want You Back,” Stevie Wonder’s “Sir Duke,” Bruce Springsteen’s “Born to Run,” U2’s “I Still Haven’t Found What I’m Looking For,” and even Joel’s signature tune “Piano Man.” Each tune honored its originator, yet none even skirted the line of mere imitation.

The crowd went even more crazy when he stunningly paired one of opera legend Enrico Caruso’s legendary arias with Queen’s “Somebody to Love” (if “Bohemian Rhapsody” ever becomes a stage-to-screen property, here’s your Freddy Mercury!) And the purity Spector brought to his one true showtune, “Bring Him Home” (from “Les Miserables,” in which he actually made his Broadway debut as one of the countless Gavroches) was truly awe-inspiring.

Wisely, though, Spector didn’t ignore the shows that made him famous. He brought out his one-time “Jersey Boys” co-star Andrew Rannells for a soulful duet on “Cry for Me,” before launching into some of that show’s timeless classics, including “C’mon Marianne,” “Begging,” and, of course, “Can’t Take My Eyes Off of You.” To salute “Beautiful,” he wowed the crowd with “On Broadway,” (which was written by Mann and his wife Cynthia Weil), followed by a sweet story about Carole King’s surprise appearance at one performance and a touching rendition of her timeless “You’ve Got a Friend.” And while one secretly hoped that Cher herself might make a surprise appearance, Spector convinced his equally talented wife, Kelli Barrett, to take on the songs of the musical idol in a medley of the pair’s hits.

And like any good husband, Spector smartly allowed Barrett her own few minutes in the spotlight. Currently playing Liza Minnelli in the much-heralded FX series “Fosse/Verdon,” Barrett belted out a raise-the-roof medley of “Cabaret” and Billie Holliday’s “God Bless The Child” (which Liza first performed on her extraordinary TV special, “Liza with a Z,” directed and choreographed by Fosse.)

Still, if one song in the show was perhaps the most telling, it was “You Don’t Know Me” (made famous by Eddy Arnold and, later Ray Charles), a not-so-subtle message for audiences (and producers). As this spectacular show proved, what we may think we know about Jarrod Spector is only part of this sure-to-be-superstar’s story.