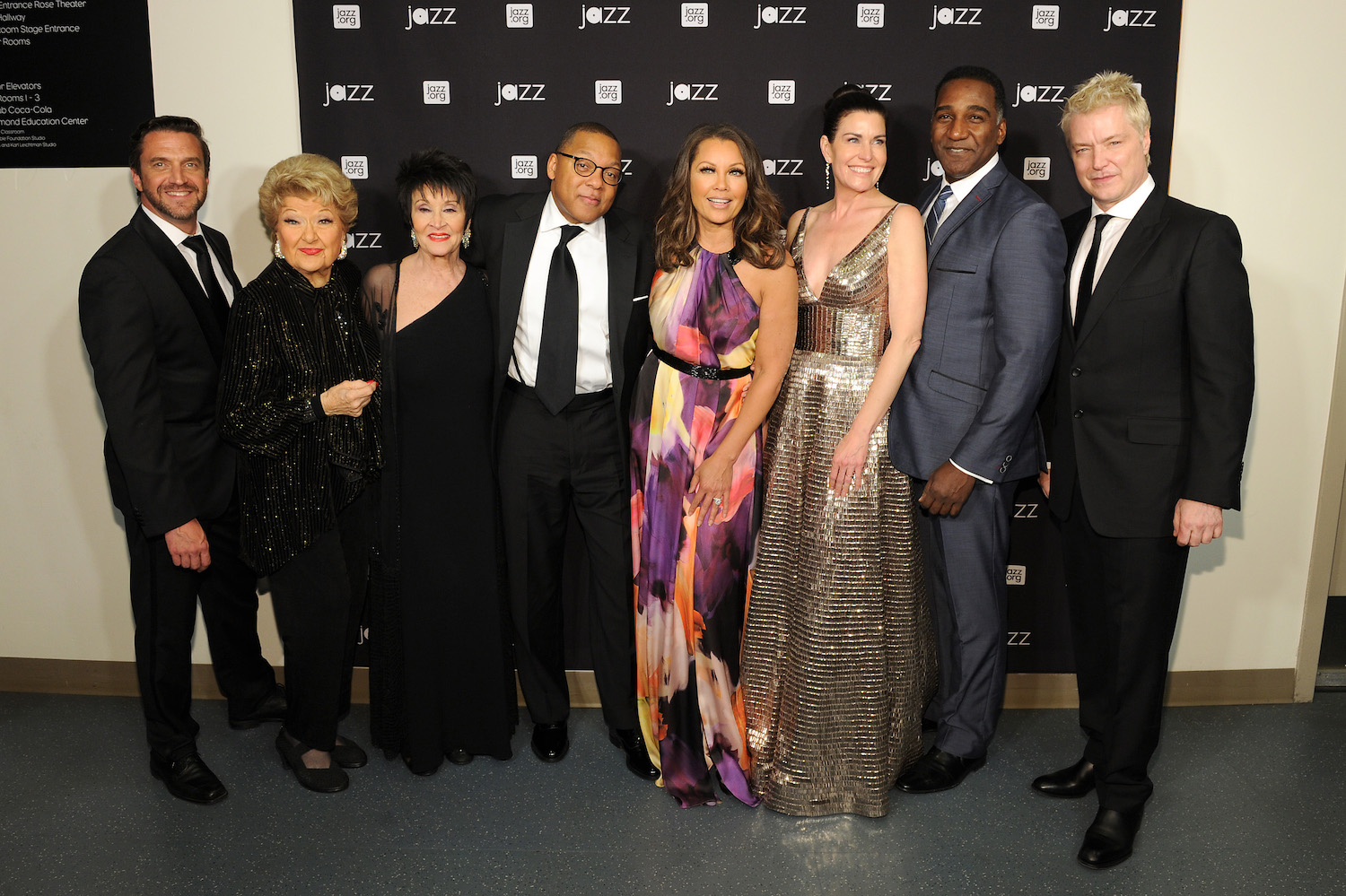 Photo by Craig Barritt/Getty Images for Jazz At Lincoln Center

Glitter and be gay . . . knockout gowns and dresses were all the rage at this Annual Gala evening on May 9 at Rose Theater, hosted by the iconic and sparkling Vanessa Williams, who sang “Stormy Weather,” and featuring the Jazz at Lincoln Center Orchestra with Wynton Marsalis.

Denzel Sinclaire resonated on the wonderful Porter lyrics of “Night and Day” while Raul Esparza was hot, hot hot on “Begin the Beguine.”

Chris Botti wailed on trumpet to “My Funny Valentine,” and when Chita Rivera presented, the Orchestra accommodated with a West Side Story medley. Amber Iman (currently in Shuffle Along) was a standout on “A Little Wriggle” while sensational baritone Norm Lewis stole everyone’s heart with “All The Things You Are.” And I don’t want to forget to mention the humor of presenter Terrence Mann!

But it was octogenarian – the Marvelous Marilyn Maye – who received standing ovations and audience squeals of joy with her Fats Waller Medley that included “I’m Gonna Sit Right Down/Ain’t Misbehavin’/Honeysuckle Rose” – the lady is in fine, fine form!

A night to remember for a long time to come and punctuated by the beautiful sounds of LaChanze!