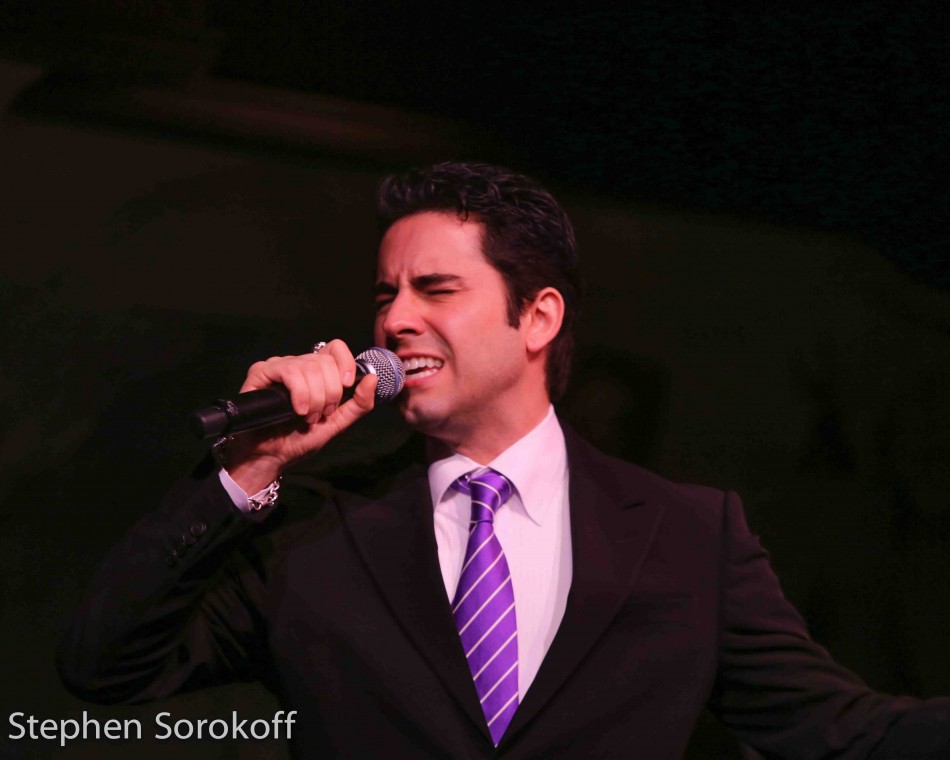 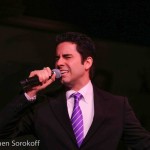 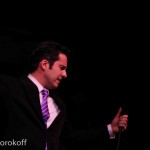 I first suspected that John Lloyd Young may have been born a couple of decades too late when I caught his sensational performance as Frankie Valli in Broadway’s “Jersey Boys.” Now, having seen him for the second time at the Café Carlyle giving his heart and soul to the great pop hits of the 1950s and 1960s, I’m completely sure. Those decades’ ultra-romantic ballads of love lost and won and Young’s croony vocals are a perfect match.

Starting off with the song many might expect to be Young’s encore – the Four Seasons’ catchy “Can’t Take My Eyes Off of You” –Young smoothly works his way through more than a dozen beautifully crafted tunes, including “Since I Fell For You,” “Only You,” and “You Belong to Me,” and “Unchained Melody,” with the kind of passionate delivery that makes every woman (and most of the men, I imagine) in the intimate space feel like his own personal valentine.

He twice unleashes his famed falsetto – which was so impressive during his stint in “Jersey Boys”– on  spectacular versions of “Hey There, Lonely Girl,” and Smokey Robinson’s “Who’s Lovin You?” – – crowd-pleasing as those songs are, even more thrilling are the moments when Young shows off the soulful side of his voice on “Show and Tell,” “Hurt So Bad” and “Hold Me, Thrill Me, Kiss Me.” And after hearing his stunning second encore, “A House Is Not a Home,” I wish Young would consider an entire evening of Burt Bacharach and Hal David tunes.

While the show does resemble a kind of greatest-hits CD, Young also manages to include some lesser-known material. There was a particular pleasure in discovering Randy Newman’s beautiful “Just One Smile,” and “Say No More” (which Young introduced as the “best Roy Orbison song that was never released”). And I can’t remember the last time I heard the haunting “Ebb Tide” – or any time I’ve heard this gorgeous song done so well.

One element that also makes this show work as well as it does, is the pop-savvy arrangements of musical director and keyboardist Tommy Farragher, who was joined by a polished four-piece band that occasionally got to truly let loose. But it’s Young, front and center, who you can’t keep your eyes off of during this 75-minute aural treat.