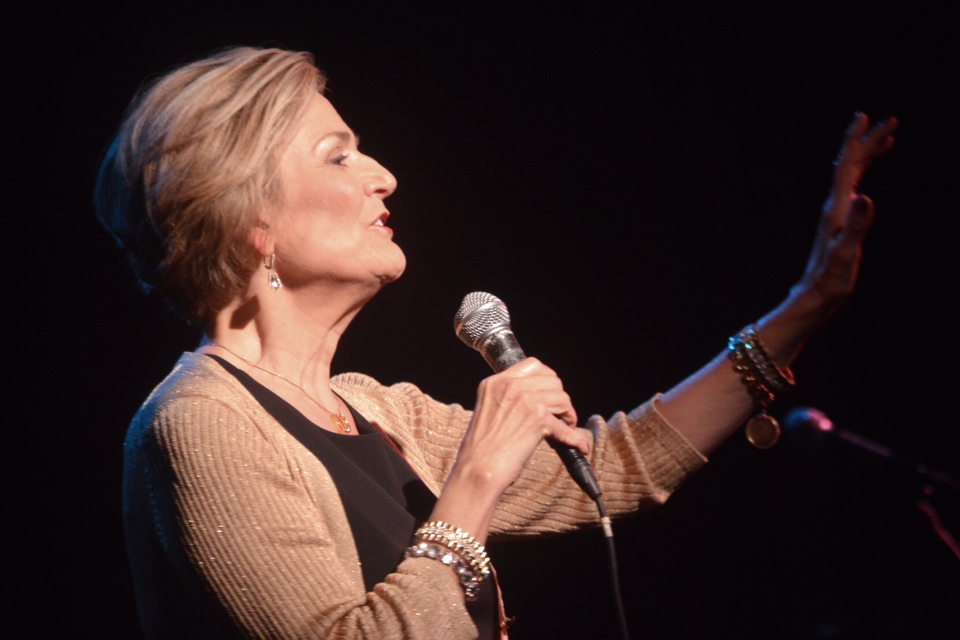 Both a celebration of her newest CD and a glorious retrospective of 30-plus year performing career in cabaret, Karen Mason’s It’s About Time showed, once again, why she is one of this singular art form’s greatest practitioners.

She can break your heart with a ballad (I never tire of hearing her version of the spellbinding “Lorna’s Here”) or make you laugh (the deliciously sardonic—and constantly updated—“Not This Xmas”). She can make each audience member feel like the show Is being done just for them. She can graciously cede the mid-section of show to someone else—in this case, her husband, singer-songwriter Paul Rolnick (who delivered three of his compositions with great commitment). And heck, she can even take on Chita Rivera’s most famous song “All That Jazz” with Chita right there in the audience (along with such luminaries as Tommy Tune, Ernie Sabella, Sally Mayes, and Lee Roy Reams)!

Directed with customary skill by Barry Kleinbort, the show was beautifully constructed. Its first half was devoted to the many colors of romance, ranging from such exuberant standards as “Just In Time” and “Zing! Went the Strings of My Heart” to the non-sugary sweetness of “I Made a New Friend” (which was written specifically for Mason by the late great Brian Lasser). Part of Mason’s gift is her ability (aided by arranger Christopher Denny and a three-piece trio led by the fabulous Tedd Firth) to find new colors in familiar songs. A beautifully understated take on the Alan Menken/Tim Rice classic “A Whole New World” (from Aladdin) gave this sometimes saccharine tune some real depth, and slowing down Frank Wildhorn and Jack Murphy’s “Finding Wonderland” (from the ill-fated Broadway musical Wonderland) allowed me to appreciate the song’s craft. Conversely, Cy Coleman and Carolyn Leigh’s delicious ode to infidelity, “When in Rome,” needs no tinkering, just an expert singer like Mason who finds the humor but doesn’t overdo the lyrics’ innuendo.

Still, it was during the final five songs (all of which appear on the new CD) when Mason made Birdland feel like Carnegie Hall, or maybe “Judy at the Palace.”  Her stunning renditions of two of Garland’s most beloved songs “The Man that Got Away” and “Over the Rainbow” simultaneously paid tribute to Mason’s idol yet were anything but imitations. Meanwhile, a medley of two of Broadway’s most moving songs, “Somewhere” and “The Impossible Dream,” was so hopeful yet so forceful that it earned—quite rightly—a thunderous ovation. Smartly, though, Mason finished her set with the CD’s beautiful title tune, written by Rolnick for a gay couple’s wedding, and it proved to be a perfect summation of all the feelings that we had felt for 90 minutes.

Hopefully for audiences who weren’t at Birdland, it won’t be too much time before Mason reprises this spectacular evening.

It’s About Time was performed at 7pm on Monday, March 6 at Birdland (315 West 44th Street, between Eighth and Ninth Avenues).