Life After You (the film) and Opioid/Fentanyl Overdose 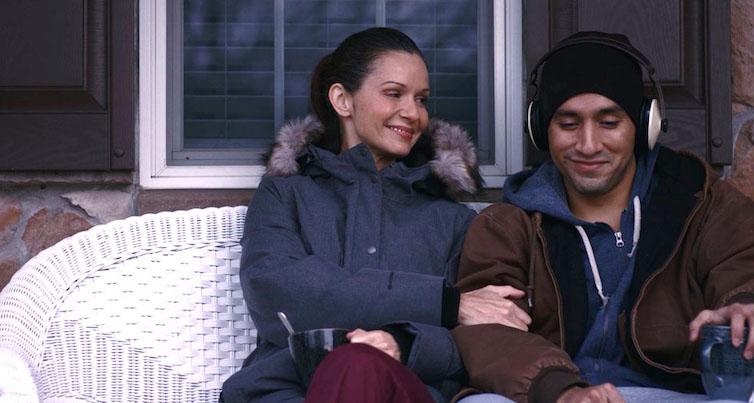 Times change. Years ago few people knew anyone divorced. Leaving a marriage elicited blame. With men and women in the closet, those who had gay friends and associates were often unaware. Sexual orientation might find one ostracized, penalized or locked up.

Depression was looked upon as weakness of character, therapy humiliating or to be feared. Imagine the disgrace of addiction! 95 thousand Americans die of the effects of alcohol every year. The figure has risen 60% since the pandemic. (National Center for Drug Abuse Statistics) No town or city in America has been untouched by the proliferation of readily available drugs, particularly opioids. The genus has been overprescribed (for such as sports injury or surgery) as often as it’s acquired for personal high.

As of November 2021, the CDC found that drug overdose deaths topped 100,000 annually. Those from synthetic opioids increased exponentially. According to CNN, Fentanyl, a painkiller 50-100 times more potent than morphine, accounted for 64,000 of these. The drug is commonly added to marijuana, cocaine and opioids to increase potency.

Despite dragging through the courts, Big Pharma is now called upon to pay billions of dollars to those affected. Though one applauds consequences and states can surely use funds for education, prevention and treatment, ask a bereft loved one if he or she would trade cash for the life lost.

When Linda Lajterman’s bright, 19 year-old Ramsey, New Jersey son died of an overdose involving fentanyl in 2014, she fell apart. Even as a nurse, she had no idea what had been going on at home. The Lajtermans were attentive, working parents. Their boy Danny was admonished for the mess he left at home and his grades. Linda and Tito assumed he’d eventually find himself. A strong marriage and almost accidental proof of community saved the couple at a time many husbands and wives crack apart.

Linda then wrote Life After You: What Your Death from Drugs Leaves Behind. “This small volume clearly unmasks the brutality, the horror, and the relentless pain caused when a kid dies from an overdose. Not a guide to drug abuse and recovery, not advice for troubled families, this title squarely targets young people who either want to experiment with drugs or have already begun messing with them, announcing only one goal: to tell the unvarnished truth about the consequences of substance abuse…” (Kirkus Review November 2017)

The film opens without traditional music as we follow attractive, fit Linda Lajterman (Florencia Lozano) through her pre-work morning routine. She glows with health and positivity. A brush with husband Tito (Gary Perez) is playful. Son Danny is on the front porch wearing headphones and apparently unwashed clothes. He’s smoking a cigarette. An “evolved mom” (he calls her Linda), she takes a toke. His parents warn Danny about being late for class. It’s your average educated middle class household.

When Linda arrives home that night, she meets Danny’s girlfriend Colleen (Emily Krater) at the door. The girl is distressed she hasn’t been able to reach him all day. His bedroom door is locked. Tito breaks it down. The boy has OD’d on fentanyl. At this juncture, the film title appears.

Linda implodes, refusing to go to work (she’s a registered nurse), eat, sleep, or talk. Though Tito is crushed, he continues to be solicitous and manages to take care of his business.)  They don’t touch, but he’s ever present. Daughter Anna  (Domenica Feraud) comes home. Older son Michael (Erick Betancourt) and his pregnant wife are there often. Friends and neighbors gather bringing casseroles then disappear out of awkwardness. Silence is deafening.

We watch police procedure and observe the funeral. Tito goes looking for a passed down watch missing from Danny’s room and learns something in the process. Linda insists on seeing Danny’s friends. They were instructed by him not to tell, but did make an effort to intercede. She questions Colleen who was afraid he’d break up with her. The victim’s best friend Doug is unavailable. Sheltered by enabling parents, he’s already lawyered up. Doug’s mother takes out a restraining order against Linda. Imagine the “if-onlies” tormenting the bereft.

Guilt is omnipresent. Why didn’t the kids talk? Why didn’t the parents see? Counseling doesn’t help the despairing couple. His mom sees Danny everywhere. (Cinematography is beautiful here) She talks to him, even takes a drive with the boy beside her.

One night while pouring over Danny’s Facebook page, Linda leaves a message. She thinks no more of it, but her feelings go viral. Response floods. People must be alerted, warned. Life calls. (They do catch and sentence the local dealer, a man no one would suspect) Danny is not forgotten.

The film is beautifully done- realistic, sensitive, not histrionic. Its script is economic and filled with touchstones. Acting is superb across the board. Even the music is organic. Life After You is not a polemic. One might watch for dramatic value alone, but message is worthy and clear.

Producer Charlene Giannetti has been involved in research for and publication of several excellent parenting books. She was so moved by this one, she envisioned a film. Also on the producing roster are director/co-writer Sarah T. Schwab (terrific, nuanced direction), writer/actress Florencia Lozano (marvelous in the role of LInda), and Brian Long.

The screening I attended had a talkback including the four producers and Assistant Dean of Fordham Law School/Founder of The Opioid Center of Support, Vera Tkachuk who lost her 25 year-old son the same way as the Lajtermans lost Danny. Her boy had been in and out of rehab for 7 years. “It does happen to people like us…who live in Westchester.” Tkachuk spoke about an horrific set-up wherein the boy was picked up and taken to rehab in order for a facility to garner insurance, kicked out in a week, picked up and taken to another rehab center. She now volunteers with an EMS team.

Other screenings have brought out those with stories of expressing suspicions that were minimized or ignored; stories of abandonment, disconnection, shock, coping. People have been affected by this (another) plague everywhere. There’s neither sufficient education nor sufficient Naxolone/Narcan, the drug that can halt the effects of an overdose. That drug, we’re informed, is NOT an opioid and not itself addictive. It will, however, make you sick if you use drugs while on it.

Unless this is treated as a health issue, we’re doomed to repeat, the panel told us.  It’s ok to be depressed and to admit you need help. Governments should get involved. Safe injection sites are suggested. There are 12 year-olds dying this way.  Parents need to start talking to kids at a younger age.  Middle school is not too early. Forty-three states have Good Samaritan Acts i.e. you can’t be held legally responsible if you call 911 or take someone to the hospital- even if you yourself are using.

“Sometimes people won’t come out for a drug talk, but they will to see a film,” one panel member comments.

Life After You will be available on pay-per-view the first week in April, then streaming services. It’s also procurable through educational distribution. As a team, this group has committed to traveling with it.  www.LifeAfterYouMovie.com.