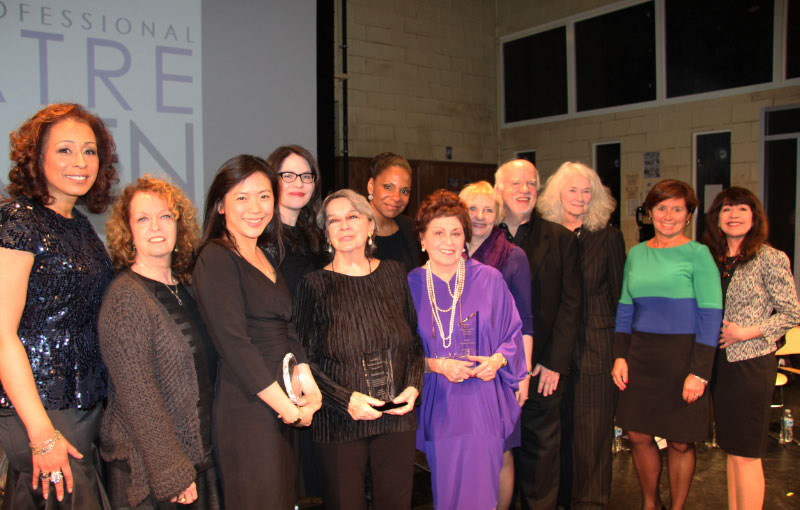 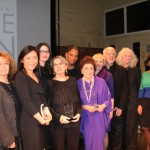 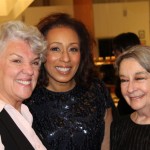 On March 10th, the League of Professional Theatre Women (LPTW) celebrated a series of Awards at the Irene Diamond Stage at Pershing Square Signature Center chaired by Tyne Daly and co-chairs Pat Addiss and Mari Lyn Henry.  The event is an annual celebration of women in theatre for their exemplary work and dedication.

Hosted by Tamara Tunie (Medical Examiner Melinda Warner on Law & Order), the presenters and recipients each had remarkable tales to tell about their lives in theater. 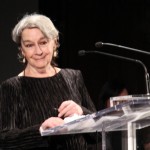 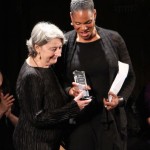 Zoe Caldwell was awarded the Lifetime Achievement Award presented by 5-Time Tony Award winner Audra McDonald.  After reading a congratulatory letter from Hal Prince to Ms. Caldwell, Audra had some interesting tidbits to share about their history (Zoe & Audra) together in show business – we love backstage gossip. 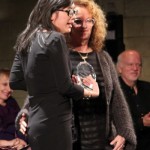 The Josephine Abady Award was presented by founding Artistic Director of St. Ann’s Warehouse (DUMBO), Susan Feldman, to Meiyin Wang, Director of the Devised Theatre and Co-Director of the Under the Radar Festival at the Public Theater. Meiyin was delightful in her 5-point acceptance speech approach, never realizing she was a minority (having been raised in Singapore) until she came to the US. 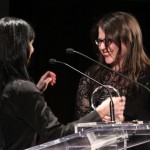 The LPTW Lucille Lortel Award went to Katherine Kovner, Artistic Director of The Playwrights Realm and presented by Obie-Award winning director Leigh Silverman whose Kung Fu production (written by David Henry Hwang) can be currently seen at this theater. 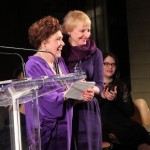 A Special Award for Dedication to LPTW was awarded to 96 year old Sondra Gorney who realized her acting dream later in life and found a real home in LPTW when her husband, songwriter Jay Gorney died.  She has travelled extensively with LPTW becoming one of its most actively involved supporting members.  Her Award was presented by Mary Miko from Goodspeed Musicals. 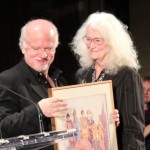 Gregory Boyd, Artistic Director of the Alley Theatre in Houston, opened with a letter from Hal prince to next recipient Judith Dolan receiving the Ruth Morley Design Award. Judith is an internationally known costume designer who is also a Professor at University of California, San Diego. 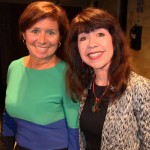 Probably the most unique recipient was Joanna Sherman, Artistic Director of Bond Street Theatre, who received her Lee Reynolds Award from Former Ambassador Cynthia P. Schneider (currently Distinguished Professor in Diplomacy in the School of Foreign Service at Georgetown University).  Joanna collaborates with local artists in post war communities.  She is now working with women (and men separately) in Afghanistan and Myanmar giving them voice not only in theater, but in these pursuits enabling them to spread truth about education and freedoms for women.

All these women are inspirational to the League and we applaud their tenacity and contributions to the world of theater.  They empower us all! 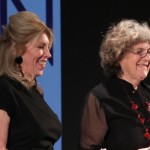 The Awards were followed by cocktails, lite food and a BIG MINGLE!

For more information visit: www.lptw.org  The online auction is still live until March 13th at 11:59 pm 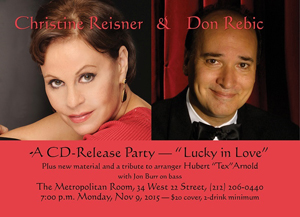 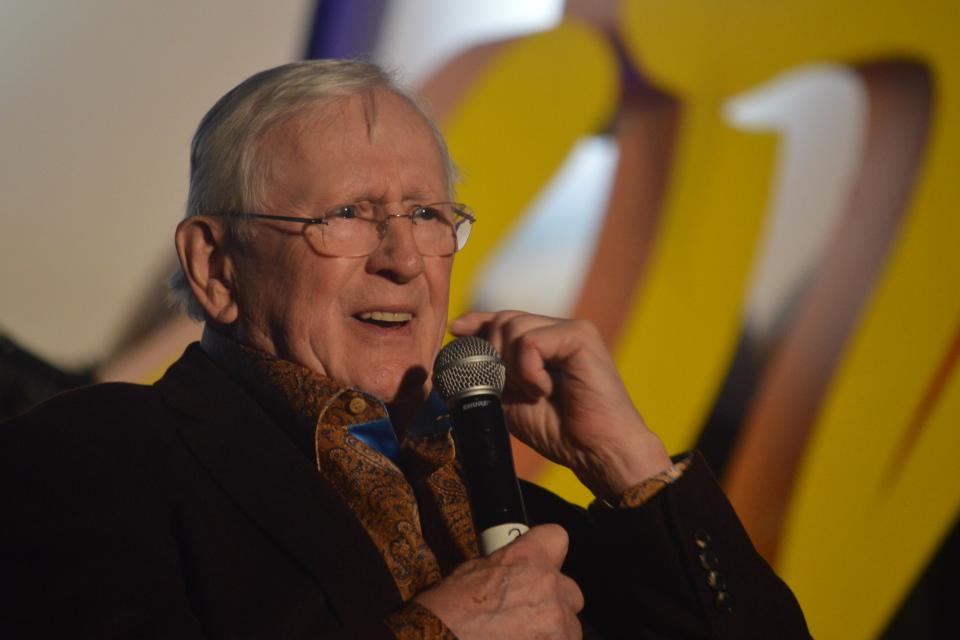 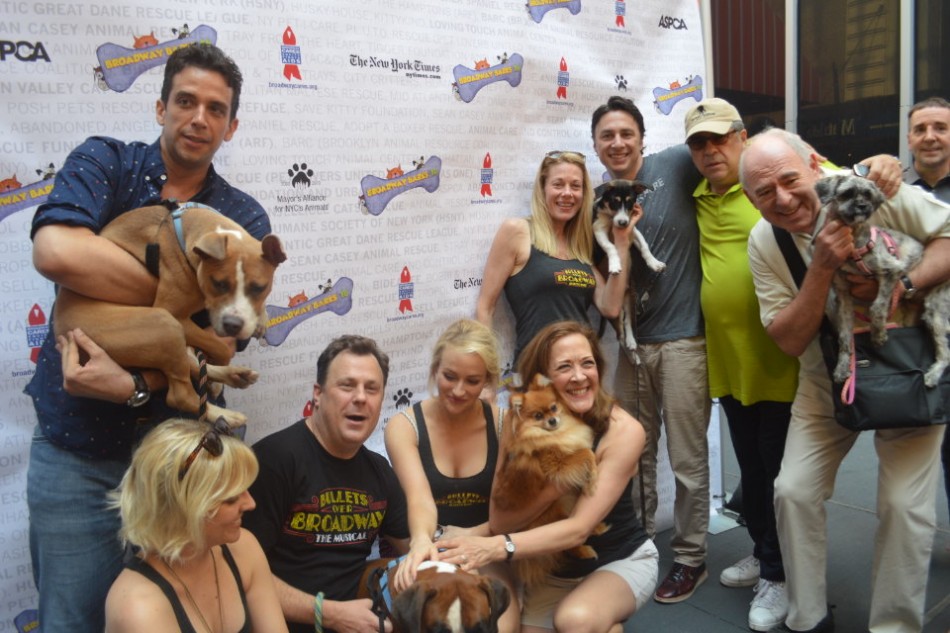 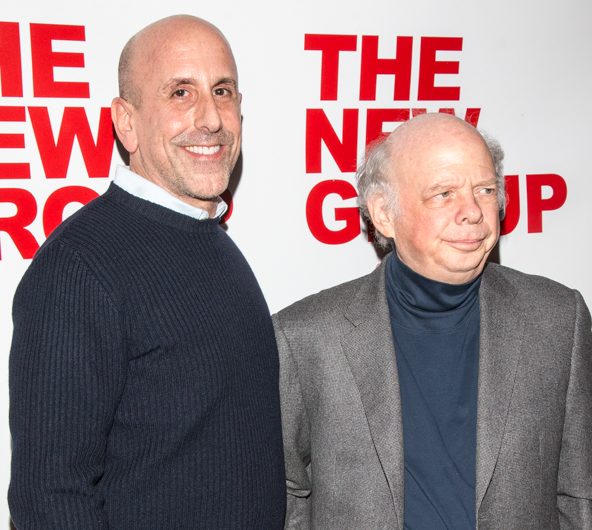