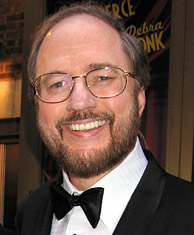 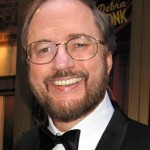 At A Conversation with Rupert Holmes, Holmes will recount tales from his early years as a singer-songwriter (starting with his first solo album Widescreen, named one of the top ten albums of 1974 by The New York Daily News), to writing platinum hits for Barbra Streisand (A Star is Born), winning a Tony® Award for Best Score and Best Book for the beloved musical The Mystery of Edwin Drood, and penning top-selling novels and short stories (Where The Truth Lies). The master class benefit will include an intimate performance by the songwriter himself, a live auction of exclusive Holmes memorabilia (including an autographed photo of he and Barbra Streisand and original scripts of his acclaimed musicals Drood and Curtains), and a live Q&A section at the end of the program.

Tickets range from $50 to $125, a portion of which will underwrite the cost of attendance for 25 writers. $125 tickets include entry to an exclusive reception with Holmes following the event, and non-premium ticket buyers can purchase reception tickets a la carte. A large portion of each ticket is fully tax-deductible as a charitable contribution to the fullest extent of the law. For tickets and more information, visit www.nytheatrebarn.org, or call OvationTIx at (866) 411-8111.