Mark Nadler: Addicted to the Spotlight 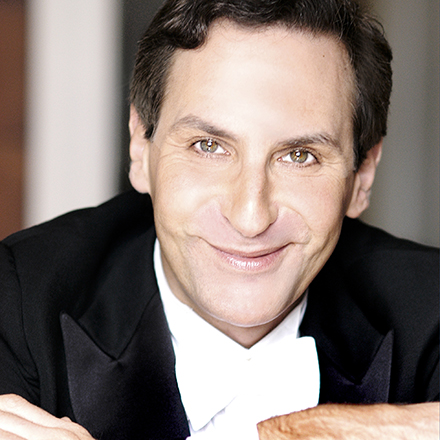 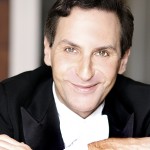 Only one entertainer can top Mark Nadler – and that’s Mark Nadler himself. He’s done it again, in what is one of his most personal shows: singing, dancing and playing piano in his super-energetic style, and, at the same time, revealing himself and his own life’s story in a way he has rarely, if ever, done before at 54 Below.

His show’s title, “Addicted to the Spotlight,” refers to the two entertainers whose careers and songs Mark explores: Al Jolson and Danny Kaye. Both were superb showmen, with many numbers written for them or identified with them. The evening included some 20 of these, starting with Irving Berlin’s “Let Me Sing and I’m Happy” (a Jolson standard), which Mark performed as he entered the room from the back, and, trailed by Nick Russo playing banjo, paraded through the tables onto the stage.

Once there – with bassist Tom Hubbard awaiting them – Mark opened with a tribute medley to both famed entertainers. Including “Swanee” (by George Gershwin and Irving Caesar), a Jolson favorite, and two fast patter songs performed by Danny Kaye: “The Maladjusted Jester” (by Sylvia Fine, Kaye’s wife) and Kurt Weill and Ira Gershwin’s fast-paced tongue twister, “Tschaikowsky (and Other Russians).”

The show was weighted toward Jolson, with a majority of the songs identified with him, including “Is It True What they Say About Dixie,” “Alabammy Bound,” “Carolina in the Morning,” and “Mammy” — all interspersed with Mark’s comments on Jolson ’s performing and personal life.

Mark, of course, was at the piano throughout, playing in his lightning style. At one point, however, seated there, he removed his regular shoes and (never pausing in his patter) donned tap shoes, and for three songs – “Go Into Your Dance,” by Harry Warren and Al Dubin and associated with Jolson; “Linguine,” which once had been recited by Danny Kaye to dancing by Gene Kelly, and “Ballin’ the Jack” – Mark roamed the stage, skillfully tap-dancing (to elegant choreography by Jill Kenney).

While on his feet, Mark stopped the music to tell about himself: about his 42-plus years in show business, previous and ongoing personal relationships, and cabaret friends he has known and lost – a warm and intimate change of pace from past shows.

With two final numbers—“Lullaby in Ragtime,” with words and music by Sylvia Fine, and the traditional “When the Saints Go Marching In,“ Mark leaped off the stage, roaming the room once again as the house lights rose (and his audience cheered), to wind up at the bar – where a martini was awaiting him.