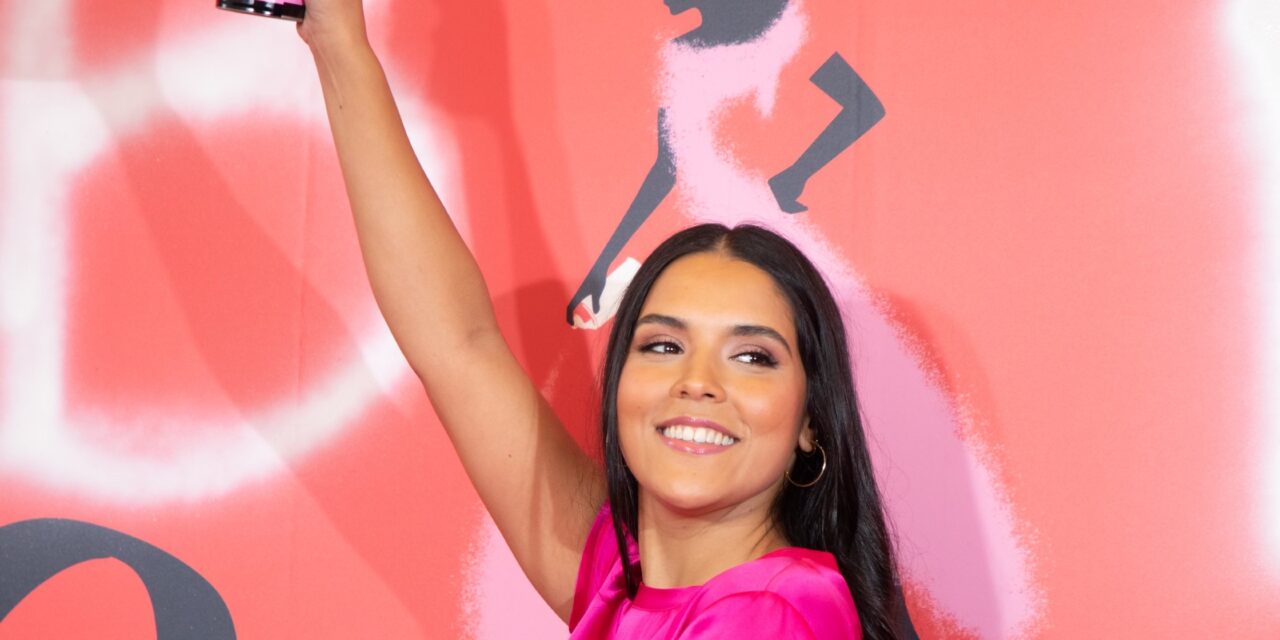 Today, at the Imperial Theatre Andrew Lloyd Webber officially announced the arrival of Bad Cinderella on Broadway, starring Linedy Genao in the title role. Theater Pizzazz’ Melissa Griegel was on the scene for photos.

This modern retelling of the classic fairytale is set in the exceptionally beautiful kingdom of Belleville. Our Cinderella is no longer the damsel in distress who needs saving. She finds herself and her prince in new circumstances which cause them to rethink what “happily ever after” really means.

Bad Cinderella was written by Emerald Fennell, internationally recognized as one of the most influential and vibrant dramatic artists working today. An acclaimed actor, director and writer, Fennell has been honored with an Academy Award, two British Academy Film Awards, and a Screen Actors Guild Award, as well as nominations for three Primetime Emmy Awards and three Golden Globe Awards. Her credits include the movies Promising Young Woman and the forthcoming Saltburn and the TV series Killing Eve.

Bad Cinderella lyrics are written by David Zippel, a multi-award winner for Broadway productions including City of Angels, The Goodbye Girl, The Woman in White and Liza at the Palace, as well as for work on film including Disney’s Hercules and Mulan, both of which received Oscar nominations.