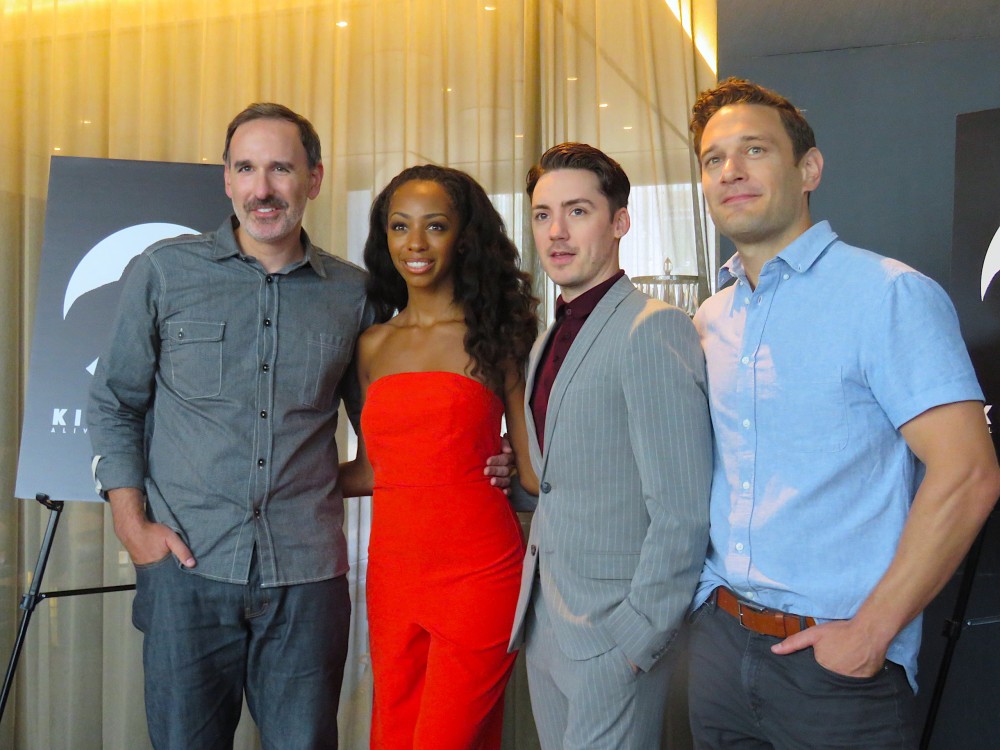 The St. Cloud Rooftop Bar at the Knickerbocker Hotel in Times Square was a most fitting venue to introduce the contemporary production of the classic tale of King Kong as it follows it’s young actress Ann Darrow, played by Christiani Pitts, and maverick filmmaker, Carl Denham, played by Eric William Morris, into uncharted territory to capture the world’s greatest wonder. Erik Lochtefeld takes on the role of Lumpy and Drew McOnie directs.

This re-imagining will feature a 20 foot high, 2000 lb. gorilla that is brought to life by an amazingly creative team of artists and technicians. Meet Sonny Tilders who designed the creature and Gavin Robins, who is the aerial and King Kong movement director. And meet songwriter Eddie Perfect. Marius deVries is composer and music producer, the book written by Jack Thorne.

From what I gathered in interviews, audiences are in for quite a surprise and wonderment when the production begins performances October 5, and opens on November 8 at the Broadway Theatre (1681 Broadway).