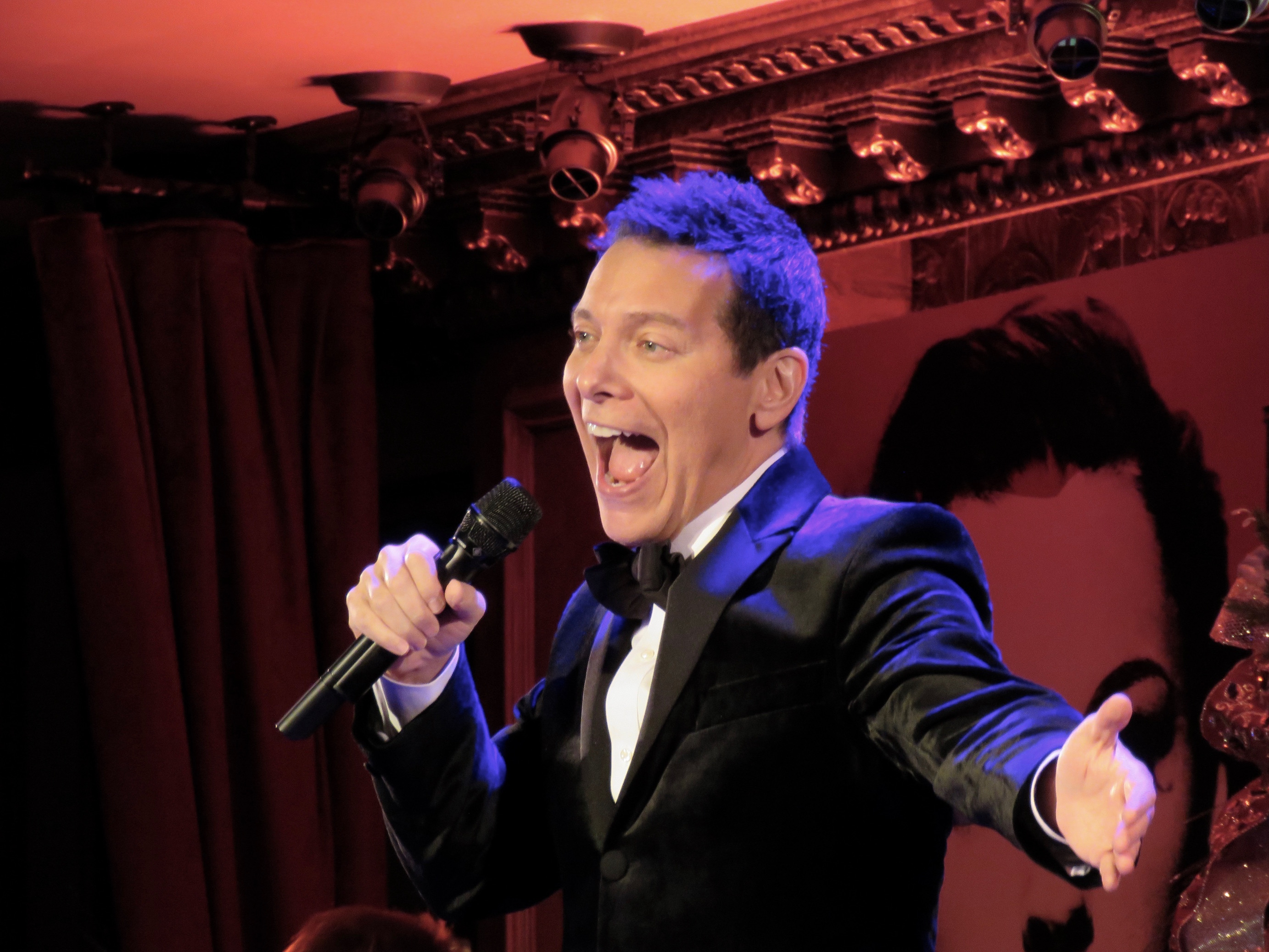 The definitive ambassador of the Great American Songbook has returned to his namesake Feinstein’s/54 Below with A Holiday to Remember . . . a very appropriate title as it references not only magical songs, but the mystique of Judy Garland and her impact on so many.

The delightful Mr. F is one of those delicious performers who is not only a walking encyclopedia of knowledge about the Songbook, but a mellow, satin-voiced crooner who has stories galore, always replete with wit and humor. Surrounded by reproductions of Andy Warhol drawings of Garland (from Liza’s collection of the originals), MF was in rare form presenting his Challahday Show with a rousing opener of “That’s Entertainment” (Schwartz/Dietz). His lyrical storytelling and the ease with which he performs the material oozes with charm. The show itself is an overview of Garland’s career that includes the historic Wizard of Oz, dandy lion and all, in a funfilled “If I Only Had A Brain” (Arlen/Harburg) – a newly arranged rendition of “Swanee” (G.Gershwin/Caesar), recorded by Garland in 1939 which she sang in her 1961 concert at the Palace, and a wonderful medley of tunes that includes “Come Rain or Come Shine” and “The Trolley Song.”

Living composer John Meyer was represented with two songs he wrote for Ms. Garland – a sad, lonely and longing “After the Holidays” (showing off Mr. F’s sensitive and lovely falsetto) and “I’d Like to Hate Myself in the Morning.” Always engaging his audience with backstory gossip, Feinstein mentioned how Lucille Ball found Judy Garland really funny, saying Garland made her (Lucy) look like a mortician and when Judy saw Ethel Merman in a mini skirt, how all she could think of was the Holland Tunnel.

A highlight was an early record MF found hidden in one of Garland’s homes of her singing “I’ll Be Seeing You” (Fain/Kahal), never recorded, old and scratchy, which we were treated to while Mr. F sat at the piano playing background music and offering up some wonderful harmonies. My thought to Mr. F – please record this so it will be out there for all to hear! It’s a gem.

St. Louis Blues” (W.C. Handy, 1912) rocked the house with a newly creative arrangement by the nimble fingered genius Tedd Firth on piano, accompanied by Phil Palombi on bass and Mark McLean on drums. In fact, many of the tunes were newly conceived arrangements by Mr. Firth bringing a fresh and original sensibility to songs that have been sung and played thousands of times. Michael Feinstein singing anything is always a special occasion. My advice: try and get a ticket for A Holiday to Remember and it will be! The show runs thru December 30 (various times).