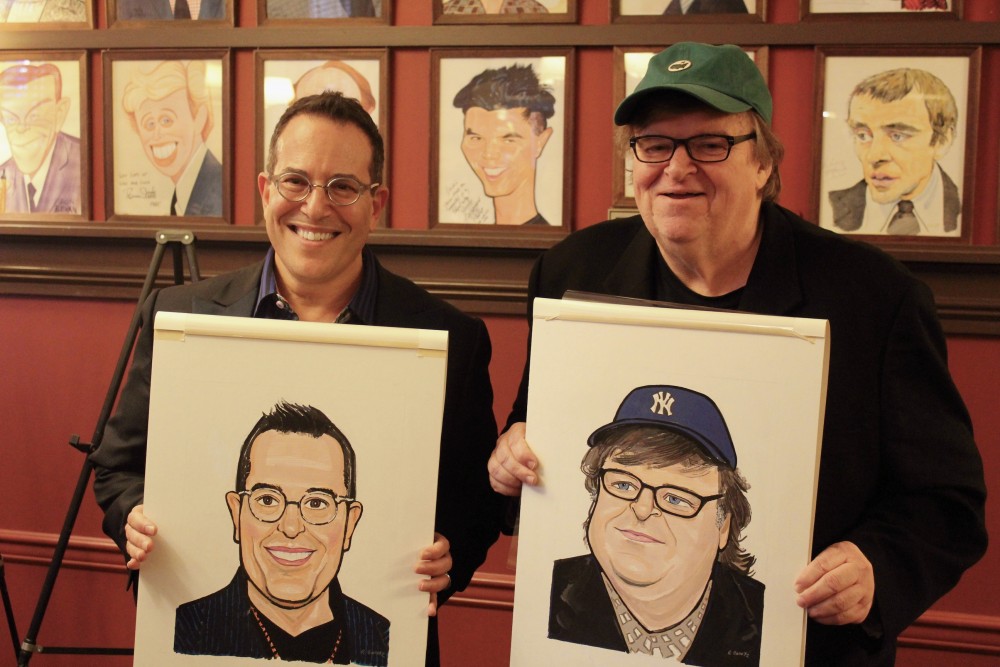 Academy award winning filmmaker Michael Moore and Tony Award winning director Michael Mayer both  joined the legendary wall of caricatures housed at New York City’s Sardi’s restaurant Thursday night, surrounded by friends and members of the creative team of The Terms of My Surrender starring Moore and directed by Mayer. Moore is known for such films as Bowling for Columbine and Fahrenheit 9/11.  He is also a best selling author of political books such as Dude, Where’s My Country? and Stupid White Men. Mayer is known for directing Broadway shows such as Thoroughly Modern Millie, American Idiot, Hedwig and The Angry Inch, The Terms of my Surrender, and the show that won him his Tony, Spring Awakening.

Theater Pizzazz’ Maya Werner was on the scene to capture the moment in photographs.