Finally getting to see Halley Feiffer’s adaptation of Chekhov’s Three Sisters, after being caught on July 13 in the NYC westside blackout at MCC Theater, was a wake up, slap in the face to the master’s work. Of course, now that it’s all of 95 minutes (instead of the usual 3 hours) does mean something. But think of this Moscow as Feiffer’s fantastical fantasy and voyage into snarkyland, carried out with aplomb by director Trip Cullman. The story of the three Russian sisters who loll-around, bored to tears, bemoaning their awful lives in a small town somewhere in the boondocks, that is not Moscow, goes for the jugular of coarse language and debasement. Poor Chekhov!

Meet elder sister Olga (Rebecca Henderson) a teacher and queen of the zingers who is sure her chances of marrying are long gone at the age of 28; her tortured, drama queen sister Masha (played by Chris Perfetti, a male) and the young spoiled Irina (Tavi Gevinson), all of 20 who has just about given up on life and love. They’re a catty selfish bunch in their unison “Ha Ha Ha” that’s turned a drama into a comedy as they role their eyes, talk gross and are having tantrums at every turn.

There’s Andrey (Greg Hildreth), the intellectual brother, who has a torrid sexual romp in every conceivable position and on every conceivable piece of scenery, with his soon-to-be mean girl wife, the big mouth whore Natasha (Sas Goldberg). He exemplifies the underlying callousness of men who hate babies, even his own…just watch him push that baby carriage around. Whew! 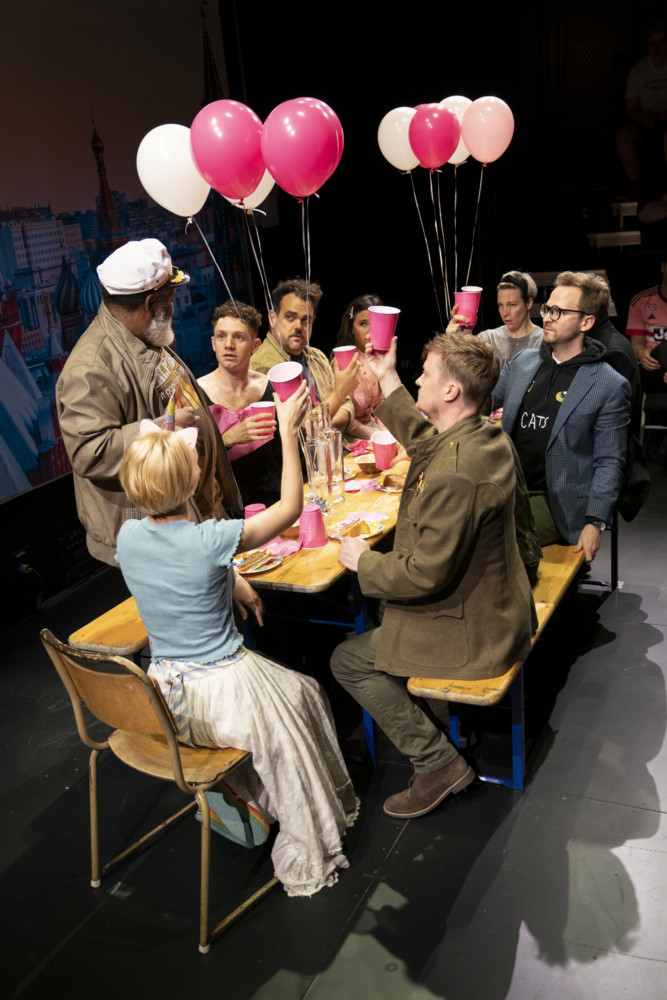 It’s an insulting bunch of humanity that includes soldier Vershinin (sexy Alfred Narciso), whom Masha adores, and whom we know has a wife and two daughters (which he repeats consistently throughout). But Masha hates her cheerful nerdy husband Kulygin (Ryan Spahn), who teaches Latin – yes, we know since he repeats that every time he’s on stage. An angry, Tuzenbach (Steven Boyer) declares his love for Irina but to no avail, in his despairing characterization as he is taunted by Solyony (Matthew Jeffers) who also loves Irina to which she roles over on her lounge chair and yells: “Does everyone think I have a golden PUSSY or something?!” Poor granny Anfisa (AKO) is tossed here and there and made to feel less than human, along with the drunken Chebutykin (Ray Anthony Thomas) and the hard of hearing butler Ferapont (Gene Jones). 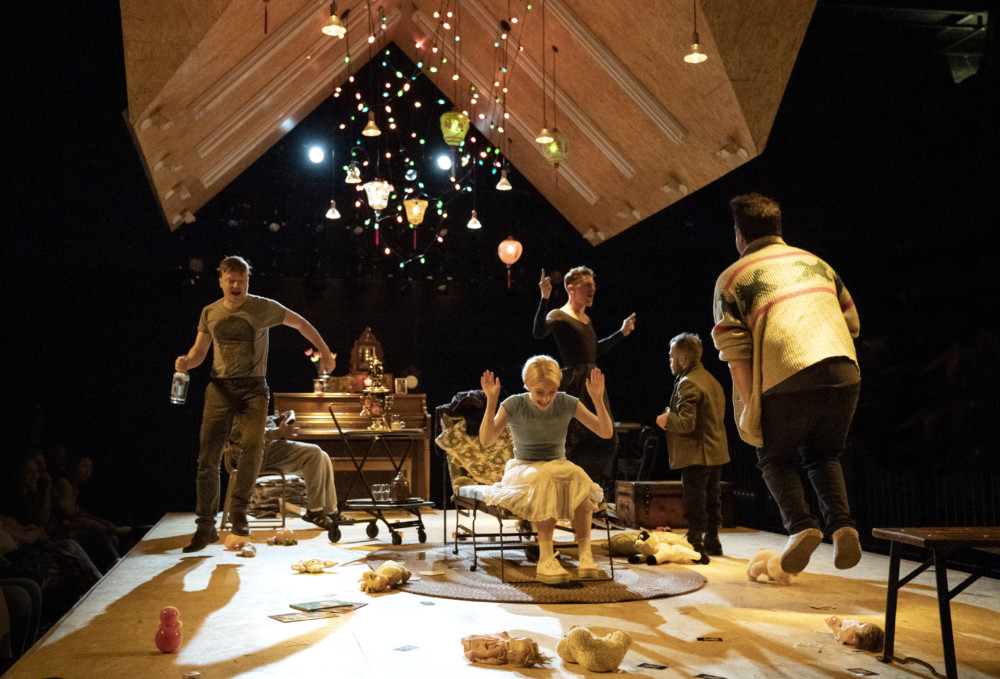 The bare bones set is by Mark Wendland with good lighting design by Ben Stanton. Sound and some contemporary intermittent background music are to the credit of Darron L. West.

Many of the young folks in the audience had laugh-ites bouts that made me wonder if we were watching the same play. Others simply looked on in amusement or sheer wonder or had their eyes closed.

It’s a travesty to see and watch this fine cast of characters being put through the rigors of making a cartoon out of a great master playwright’s fine work. 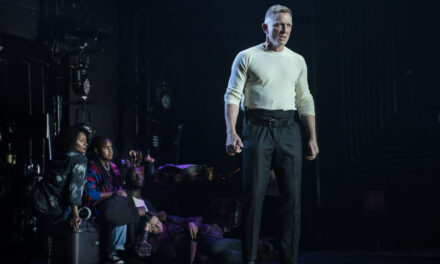 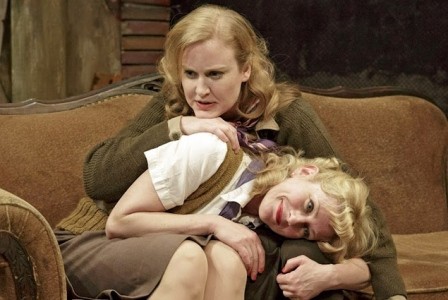 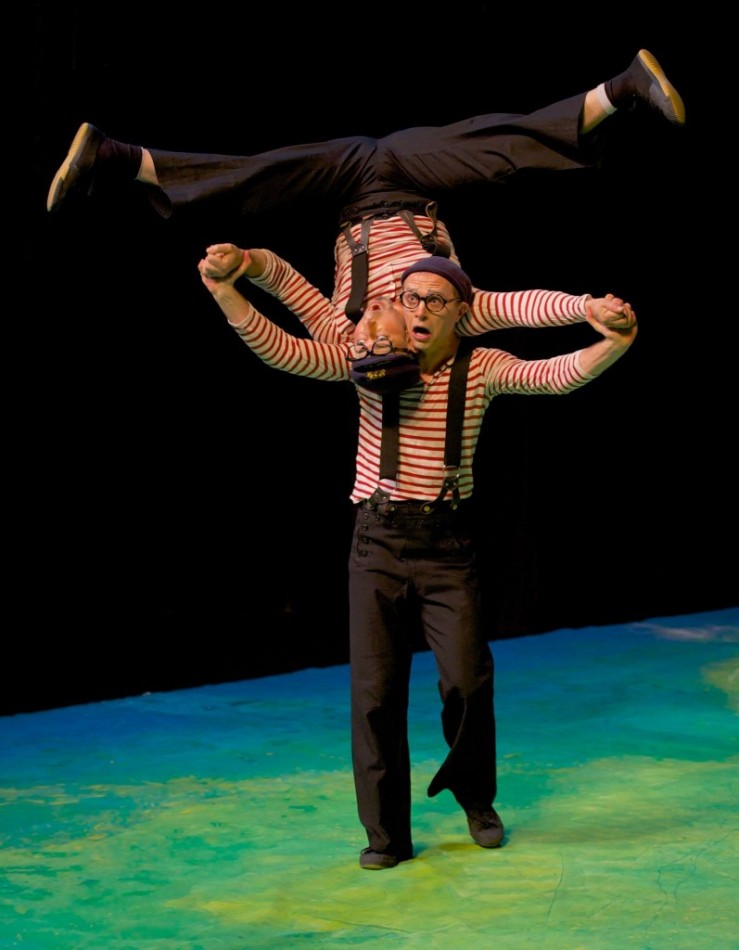