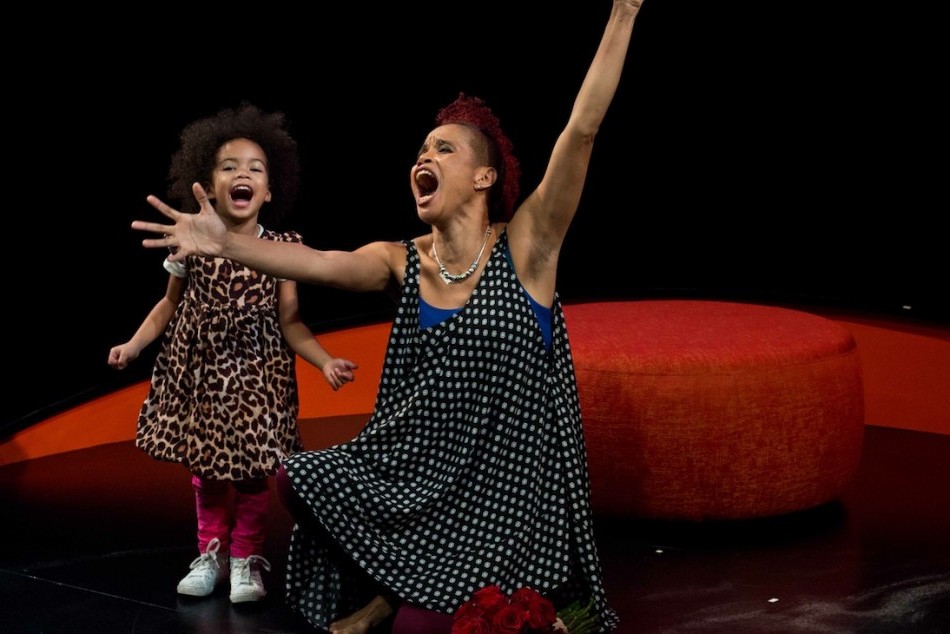 Staceyann Chin, the well-known spoken-word poet, performer and LGBT activist, opened her new autobiographical solo show, Motherstruck!, Monday night, December 14 at the Lynn Redgrave Theater at Culture Project. Written and performed by Chin, directed by Cynthia Nixon (Sex and the City) and produced by Rosie O’Donnell, Motherstruck!  follows Chin’s personal journey to motherhood as a single woman, lesbian and activist who does not have health insurance or a “serious, stable financial set up,” but wants to have a child. Told through Chin’s uniquely personal and poetic lens, this solo show explores how the process changed her life and how she makes peace with what she learns from this profound experience.

Motherstruck!, which runs at the Lynn Redgrave Theater through January 29, 2016, is being presented during Culture Project’s 20th Anniversary. The institution strives to create work about challenging topics and has paved the way for many mainstream theaters to tackle subjects that may previously have been viewed as too controversial in contemporary terms.