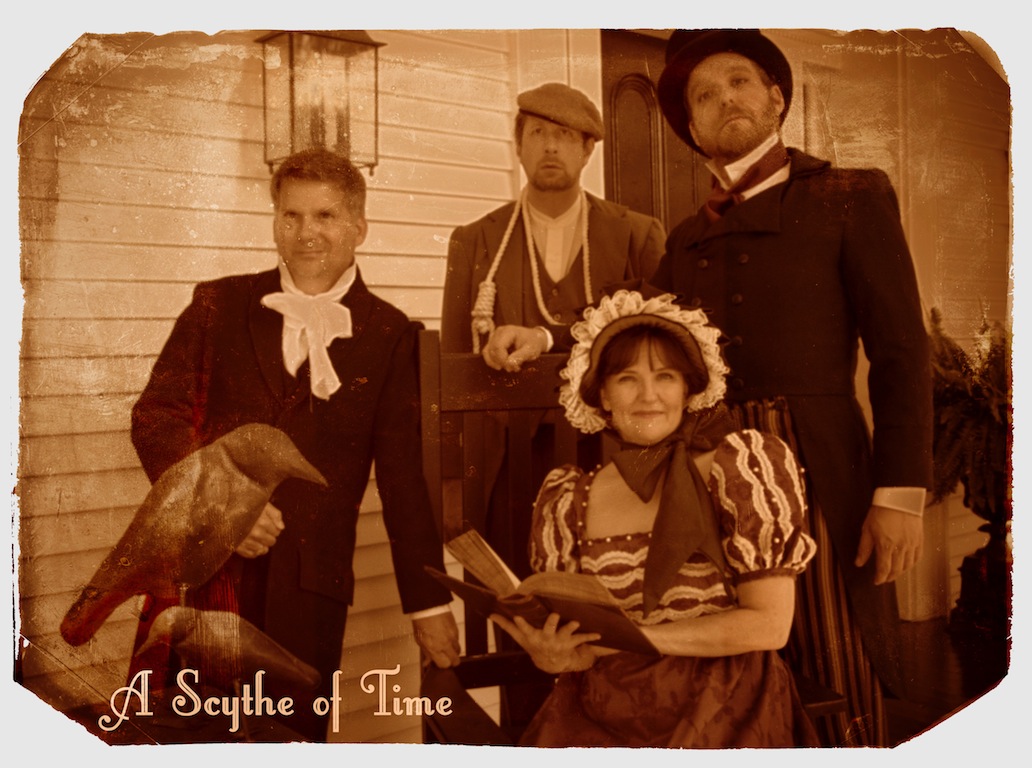 A Scythe of Time

The New York Musical Festival (NYMF) is an awe-inspiring event. Since 2004, NYMF has mounted over 400 fully produced full-length musicals and brought them into the public eye will full force. Here’s Part 2 of my review of a fine sampling of what this year’s festival had to offer. Click through for Part I. 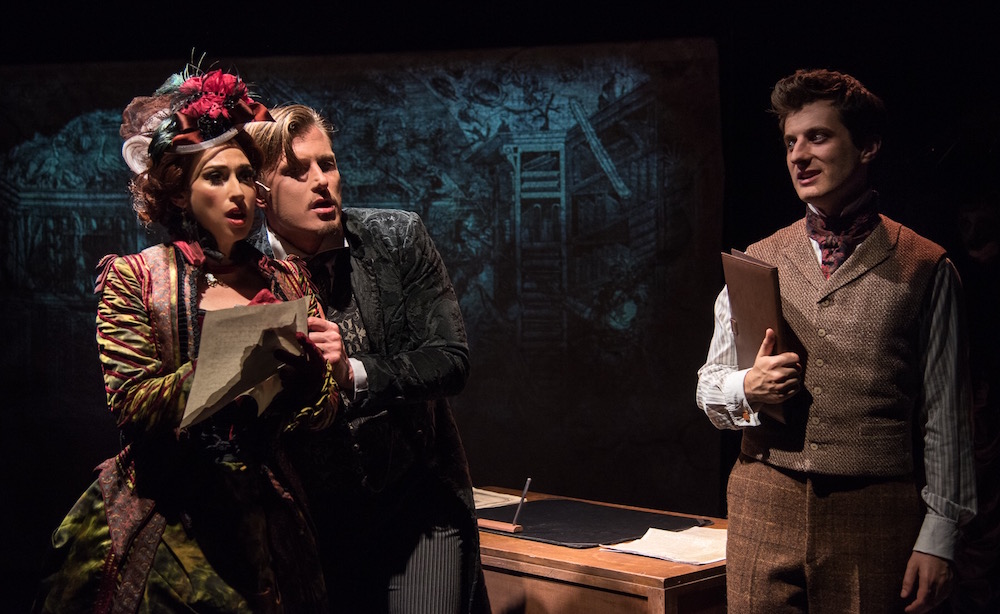 A Scythe of Time

A Scythe of Time is based on the Edgar Allan Poe short stories, The Predicament, and its companion piece, How to Write a Blackwood Article. Set in London, 1881, it features a macabre cast of characters who show just how far someone can go for fame and the public eye.

The cast features a small cast with a versatile chorus. Lesli Margherita soars as Zenobia, moving effortlessly in her period dress and singing with flawless endurance. P.J. Griffith as Blackwood is as charismatic as he is dastardly. His dark, humored performance is a pillar of the night.

David Alpert’s direction utilizes the June Havoc excellently, and the material flows. In a festival dominated by peppier soundtracks, A Scythe of Time stands out like a black sheep of the highest pedigree.

A Scythe of Time was performed as part of the New York Musical Festival in late July at The June Havoc Theatre (312 West 36th Street). www.nymf.org 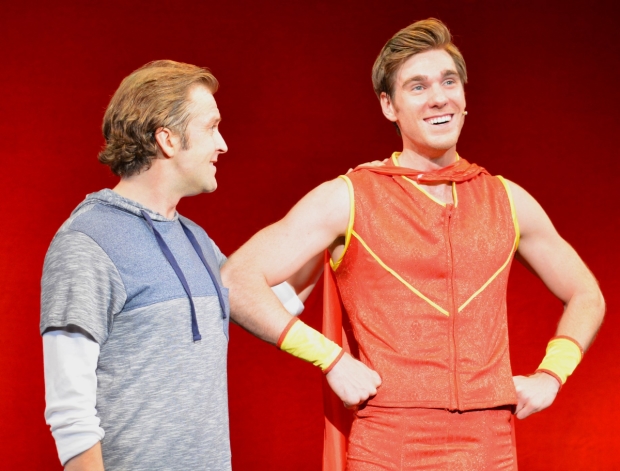 Not unlike Normativity, Ultimate Man! is the story of Joe (Alan Gillespie), a comic book artist whose characters come to life in a desperate attempt to change their story.  Though much more comedic in its aim, Ultimate Man! boasts a massive score, with 28 full musical numbers. Conceived by Paul Gambaccini, the show is the combined efforts of Alastair William King (Music, Lyrics), Jane Edith Wilson (Lyrics, Book), Paul Gambaccini (Lyrics), and Charles Abbott (Book).

Michael Glavan plays Ultimate Man with great agility, jumping from traditionally suave to humorous comic stereotype with ease. Douglas Ladnier (Rex Ringer) shines in his antagonism. Reminiscent of the Nightman, he creeps and connives across the stage with a familiar baritone-brand evil.

The show does run on the longer side, and frequent transitions between many varying scenes becomes a bit tedious through the night. The imaginative and fun choreography (Will Taylor) is also repeated, which can add to the feeling that the overall flow could tighten up. However, Ultimate Man! gives a high-energy take on the superhero universes with performances that make it well worth the journey.

Ultimate Man! was performed as part of the New York Musical Festival in late July at The Pearl Theatre (555 West 42nd Street). www.nymf.org 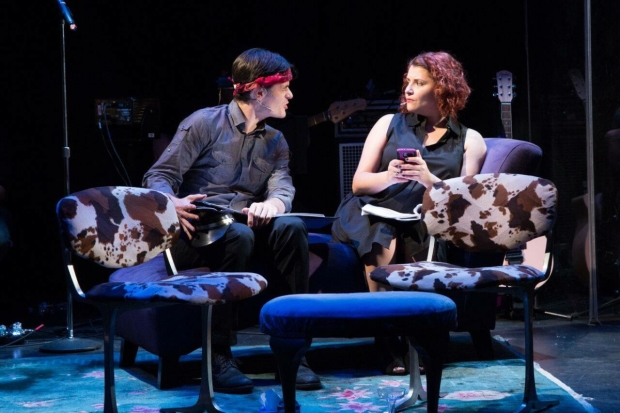 Hands down, one of the heaviest-hitting rock comedies of this festival is Single. The story tells of Leah (Rachel Stern), a divorce lawyer with her own share of struggles with love and a repressed passion for music. Nat Bennet & Karen Bishko’s book is hysterical, easily some of the funniest scene material in the NYMF. With a head-banging, diverse score with music and lyrics by Karen Bishko, Single is beyond tight in its execution.

Rachel Stern as Leah is the perfect star vehicle. Her top-notch delivery leaves us in stitches, while the power of her voice is jaw-dropping. Best-friend Jessica (Jenna Pastuszek) couples well with Stern, and their back-and-forth friendship puts the show in perspective.

Lighting Design by Zach Blane is impressive, and brings a high-octane display into June Havoc’s smaller space. Overall, the show is quick, hilarious, and affecting. Single is a riot with a heart of gold.

Single was performed as part of the New York Musical Festival in early August at The June Havoc Theatre (312 West 36th Street). www.nymf.org

Jelani Remy: This is My Moment 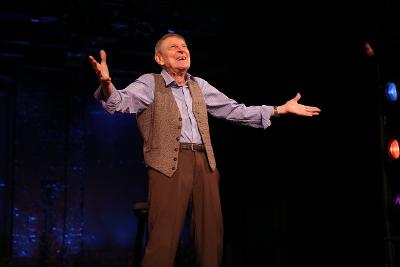 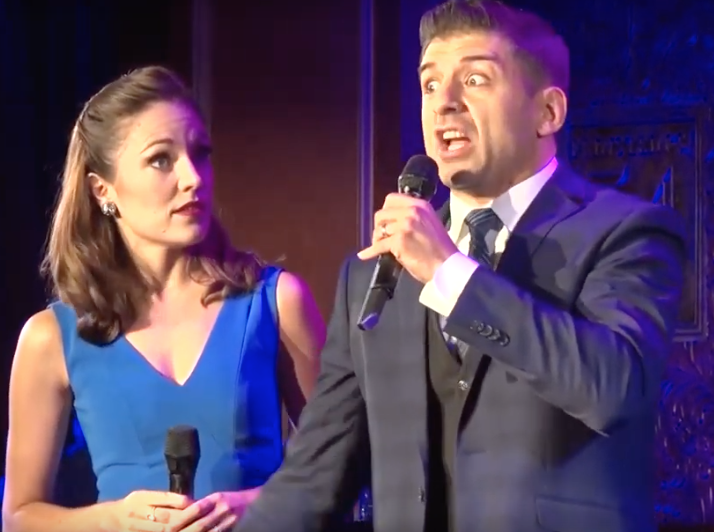 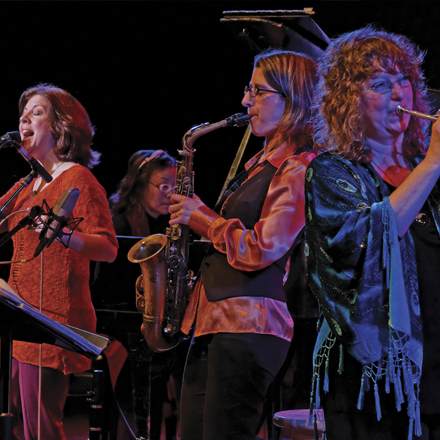