Music of the Knights 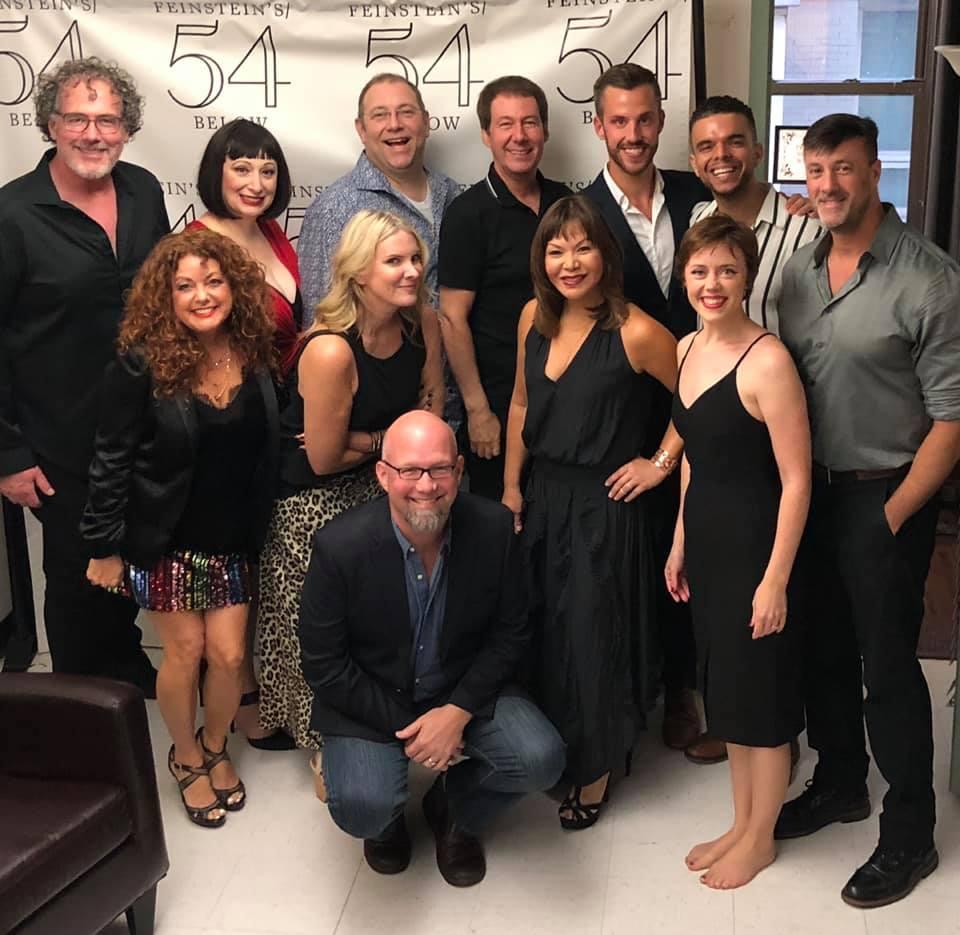 Scott Coulter and The Company

As host/producer Scott Coulter informed the rapt audience at 54 Below before “Music of the Knights” on August 28, the evening’s three titular subjects – Andrew Lloyd Webber, Paul McCartney and Elton John – have more in common than the word “Sir” before their names. Each is enormously wealthy; each has been married to at least one woman (yep, even Elton); and each has produced a catalogue of some of the world’s best-loved and most memorable songs.

The latter, of course, presented Coulter with an almost-Herculean task: selecting a small cross-section of these vast repertoires to satisfy audiences. And while the resulting 75-minute show most likely left out a favorite (or two or ten) songs of some viewers, there could be no denying that what was presented was smartly chosen, beautifully performed, and, ultimately, deeply satisfying.

Lord Webber was represented by three of his biggest Broadway hits: Fay Ann Lee offered a deeply moving rendition of “I Don’t Know How to Love Him” (from Jesus Christ Superstar); Justin Talkington was appropriately seductive on “Music of the Night” (from Phantom of the Opera); and Jessica Hendy – an alumnae of both the original and Broadway revival of Cats – served up one of the most stirring renditions of the megahit “Memory” I’ve ever heard. Lastly, because Coulter’s good friend, the exuberant Kelli Rabke, was on hand, she delivered a medley of the narrator’s songs from Joseph and the Amazing Technicolor Dreamcoat, a role she played in the show’s last Broadway revival. (Sorry, but we don’t need another one…)

Intriguingly, Coulter chose to spotlight both McCartney’s work with the Beatles (aka that boy band) and his solo career. For the former, there was a lovely three-part harmony take on the classic ballad “Yesterday” (which is the most covered song in recording history) and a joyous group singalong to “Hey Jude,” while for the latter, Lorinda Lisitza blew the roof off the joint with a full-bodied “Maybe I’m Amazed” (written as a love song to McCartney’s first wife, the late Linda Eastman), and music director John Boswell led a sprightly “Live and Let Die” (which it turned out the producers of the James Bond film of the same name had originally wanted McCartney to write but not perform)!

Intriguingly, John got the lion’s share of the evening’s attention. His 1970 chart-topper, “Your Song,” was gorgeously sung by Brian Wilson, whose voice was eerily reminiscent of John’s; the “pop-tastic” Blaine Knauss had the crowd bopping along to the infectious “Crocodile Rock” and later joined Coulter on a shattering duet of “Don’t Let the Sun Go Down on Me,” which had the audience on its feet; the superb stylist Carole J. Bufford brought an incredible intensity to “Goodbye Yellow Brick Road”; and Coulter’s soulful rendition of The Lion King’s “Can You Feel the Love Tonight” spoke to the tune’s brilliance as both a romantic ballad and an anthem of artistic expression.

Coulter and members of this company perform a variation of this show with symphonies around the world, so it was a treat to witness it in such an intimate setting, and Boswell’s bandmates (bassist Matt Scharfglass and drummer Danny Mallon) provided plenty of sound. In all, “Music of the Knights” was a night to remember.