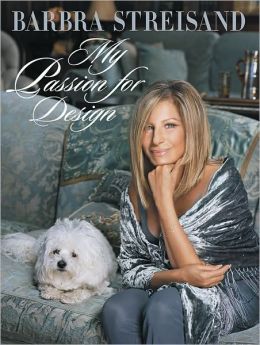 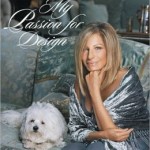 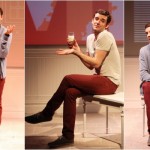 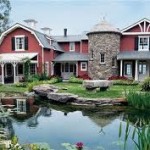 Superstar Barbra Streisand has been a muse to many, but I find the effect she had on playwright Jonathan Tolins the most intriguing. Are they close friends?  Not exactly.

They actually met only once in the flesh at a performance of one of Tolins’ early plays where she offered him a hunk of her Kit Kat bar and to which she decided not to buy the rights. There’s an old Jewish adage that says, “If a man is rich, he also thinks he can sing.”  To offer a proper paraphrase in Barbra’s case, “If someone is the highest paid thrush on the planet, she also thinks she can design.”

What about Barbra inspired Tolins? His immersion in her coffee table tome, A Passion for Design, which sold for $60 when it was published in 2011 and is now available just as new from Amazon for $6.50.  Her book depicts in her very own words and is illustrated with her very own snapshots, from-the-first-brainwave-to final-tchotchke-placement architectural fantasy. 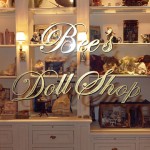 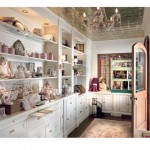 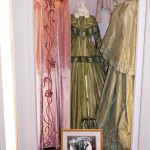 Barbra’s dream house is a Malibu mish-mash that melds a stone tower, a water wheel, a Nantucket anterior, an East Hampton posterior, a basement of shops, cribbed from the DuPont Wilmington, Delaware’s Winterthur Museum, into a run-of-the-Mill-mansion/estate. Please forgive me if I mix up the derivative details but I was unable to recheck Barbra’s specifics because I could not bring myself to once again delve into text in which the nouns and pronouns that refer to its author appear an average of twice in every sentence – far more than references to the Creator of the Entire Universe appear in Genesis!

On the positive side, building Barbra’s dream house obviously supplied many craftsmen with work for a considerable amount of time, but like the Plotnick Diamond, it came with a curse – listening to Barbra. Her Passion for Design is probably the most narcissistic book ever published and totally unreadable, yet providing the inspiration for Tolins’ Buyer and Cellar makes it worthy of the trees felled to provide the paper. In Barbra’s basement, there are many shops, but nothing for sale. The shops are actually depositories for stuff she couldn’t bring herself to purge – her word – but was unwilling to hide in her numerous closets. A doll shop; an antique shop; an antique clothes shop; a gift shop, a sweet shop with a frozen yogurt dispenser, sprinkles and a popcorn machine. Reading her book made Tolins wonder what it would be like to be the guy who worked in them.

Buyer and Cellar practically wrote itself and was staged within months of its completion at the off-off-Broadway 99-seat second floor Rattlestick Theater. Talk about bershert/fortuitous, the unexpected cancelation of his TV series made Tolins’ favorite actor, the sly, incomparable Michael Urie, available.  Rave reviews galore, critical acclaim and sell-out performances convinced commercial producers to move the play almost instantly to the 199-seat, ground floor, off-Broadway Barrow Street Theater which suddenly became available when a prior production closed a month early. Buyer and Cellar is selling out, has been extended and Michael Urie, the star, plays all five characters in the play — at least until early January.

Its leading man, Alex More, is a gay actor employed at Disneyland until he threatens to shove a churro up a wiseass kid’s ass and gets fired. However, his Disney Human Relations manager, with a heart, remembers Alex had retail experience at Banana Republic and suggests he apply for an opening manning the shops in the basement of Barbra’s palazzo. His acting skills come in handy when he has to pretend the lady of the house is a nobody named Sadie when Barbra wanders through her shops, pretending to be Sadie, and haggles with him about the price of her own possessions.

All five characters, including Alex’s Jewish boyfriend, are endearingly and brilliantly performed by singularly amazing Michael Urie.  He doesn’t do an impression or imitate Barbra. He becomes Barbara. He presents her as a holding-on-to-middle-age, bossy, manipulative, designing in every way, Jewish Bubba who moves like the Old Woman with one buttock in Candide.

Critical acclaim keeps coming, including a love letter in the New York Times in July from Ben Brantley, who panned Jonathan’s first Broadway play mercilessly. But even more important, audiences love it, regardless of whether they are pro or con Barbra or maybe even both.

I’ve seen it once, read it once, bought the yucky book it was based on and now plan to see it again ASAP. As for Barbra’s Passion for Design, I would have been more impressed if Frank Lloyd Wright or Frank Gehry had written the introduction, instead of a person who has climbed to the highest rung on the ladder of vanity.