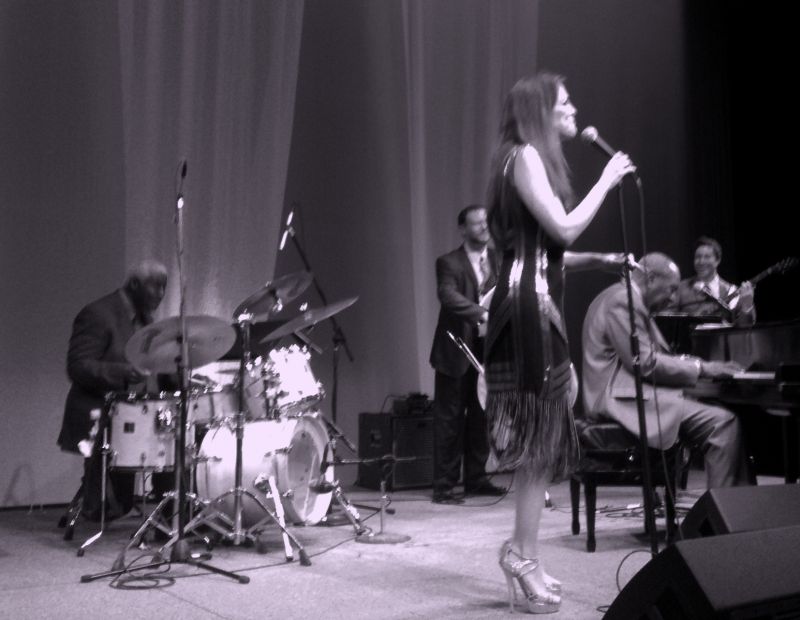 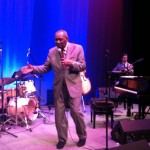 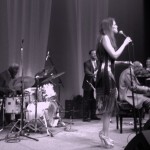 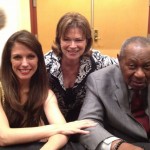 Performers of two generations, Hilary Kole and Freddy Cole, brought their own special magic to “Perfect Pairs” at The Palace Theater

On November 13, 2013, the third performance of Lynn DiMenna’s wonderful series Broadway/Cabaret/Jazz Series – “Perfect Pairs” on the Harmon Stage of The Palace Theater in Stamford, Connecticut was a sell-out.  The lovely setting, with candles on tablecloth covered cocktail tables, made you feel as if you were in a nightclub in the 1930’s. The featured performers were generation’s apart, jazz vocalist Hilary Kole and legend Freddy Cole  (younger brother of Nat King Cole) and both brought their own particular magic to the evening.

Hilary entered wearing a spectacular art deco black and gold-fringed dress with killer rhinestone platform shoes. Looking absolutely stunning, she opened with a fun rendition of “Get Happy” and then surprised the crowd by sitting at the piano and accompanying herself to Alec Wilder’s moving “While We’re Young.”  In the 2nd Act, she sang two Judy Garland classics, “It Never Was You” and “Zing Went The Strings of My Heart.”

When she introduced Freddy, together they sang “It’s Always You” and dueted again later in the show on “Love Is Here To Stay.”

However, most of the evening, Freddy took center stage and brought his fabulous musicians with him and together they have toured the world – Randy Napoleon on guitar, Curtis Boyd on drums, and Elias Bailey on bass.  When Freddy sat down at the piano, the audience was in for a treat.  There is a quote in the Program that says his vocals are “suave, elegant, formidable and articulate” and he was all of that and more. He swung on Cole Porter’s “You’re Sensational” and “Paper Moon” and was emotional on “Where Can I Go Without You?” and stood away from the piano for “You and Me Against The World.”  He brought Paris to life with a medley of great songs including the not often sung “Mamselle.”

Hilary Kole and Freddy Cole might not have been a “Perfect Pair” but they created a special evening of entertainment. It was not surprising that the legendary Freddy dominated the evening and the show ran longer than planned, but the audience didn’t mind and was mesmerized by his music, style and vocals.  Judging by the attendance, this new and brilliant series is getting popular as the word gets out and it is hoped that Lynn will find more “Perfect Pairs” in the coming year.

The last show of the series will be on January 22, 2014 starring Marilyn Maye & Houston Person.

Visit www.SCAlive.org for a full listing of upcoming events.