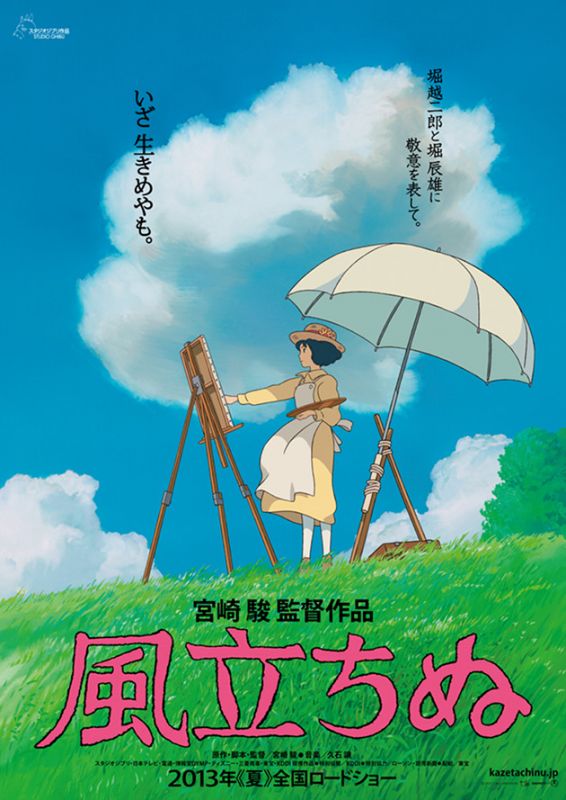 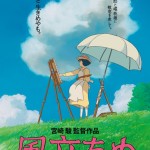 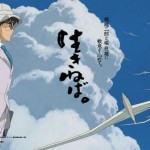 Hayao Miyazaki’s final film stirs up a great many emotions for me. Here is a film that contains some of the greatest visual and sound work of his rich career, but feels incomplete. Perhaps I can give him concessions because his most accomplished works, Princess Mononoke and Spirited Away, may be the greatest animated films of all time. There’s plenty to love about The Wind Rises, but given the fascinating subject matter and the terrific way Miyazaki approaches it, I was disappointed in the film’s abrupt ending. Miyazaki’s films tend to be longer than the average animated film and he easily had thirty more minutes of material here.
The Wind Rises follows Jiro Horikoshi’s career building fighter planes for the Japanese army around World War II. This account of Horikoshi’s life is said to be heavily distorted to support Miyazaki’s anti-war agenda. Dream sequences show famed engineer Gianni Caproni telling Horikoshi that airplanes should never be used as instruments of war. I normally strongly object to distortion of facts in film but, here, Miyazaki is not drumming up fake suspense for the purpose of entertainment. He’s attempting to ignite a debate over whether technological advances are made for the good of mankind or for its destruction. This is where his beautiful style comes into play. The airplane scenes stress the majesty of aeronautical engineering over function. It is a great visual argument and the best justification for making an animated film.
The film gets tripped up over a tragic love story involving Jiro and Naoko, a woman with tuberculosis. Their courtship makes for some cute moments, but it stops the film dead in its tracks. By the time that story has ended, the film rushes to conclusion, skipping past the whole of World War II and losing some of its message in the process. It signals that Miyazaki is not quite as sharp as he used to be and retirement might be a good thing. While I will miss the excitement of a brand new Miyazaki adventure, I’m happy enough with the message and beauty of The Wind Rises to call it a satisfying conclusion to an amazing career that has given legitimacy to the animation genre.