Phillip Officer Back at Birdland 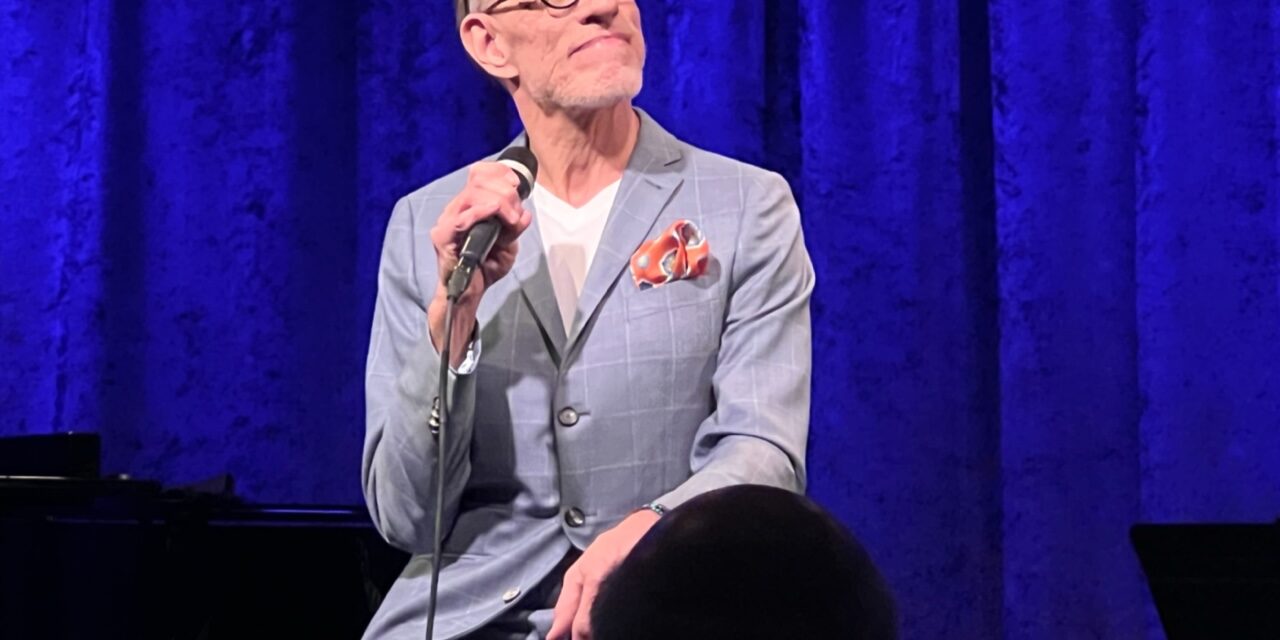 Phillip Officer, a performer with strong ties to New York City’s cabaret world, returned last night—after a long absence—to a warm and inviting crowd at Birdland. The title of his show, “Let Me Sing and I’m Happy,” personified his approach to the evening, which was one of good taste in music and cheerful aplomb. Besides that Berlin standard, he treated his audience to an eclectic mix of songs by Cher, the Beatles, Peggy Lee, Stephen Sondheim, Carole King and Stevie Nicks . . . among others.

A self-described farm boy from Missouri, and now in his sixties, Officer didn’t dwell on his past very much, with patter that was short on biography and long on expressing optimism for the future. His sabbatical from singing was only described summarily, declaring he left New York City “in a conscience choice” a few years ago. He labeled the show as being about change, but remained vague on specifics. This felt deliberate so as to not bog the act down and turn it into a confessional; but, as a result, things were kept very much on the surface. Perhaps easing back into performing live (he’ll be returning to Birdland in November) will allow for Officer to give a bit more of himself, which would surely make for a deeper and richer platform from which to sing his repertoire.

In order to chronicle his journey, his choices of material told some of the story. He began to hit his stride around his fifth offering with a wistful rendition of Paul McCartney’s “Blackbird.” When a singer injects the right meaning to make it to “take these broken wings and learn to fly,” you know you’re in good hands. A clever version of Cy Coleman and David Zippel’s “You’re Nothing Without Me” from City of Angels, was performed as the duet it’s meant to be, between Officer and his musical director and pianist, Mark Hartman (credit is also due for the contributions of Kevin Kuhn on guitar and Erik Friedlander on cello). And of particular interest was a one-hundred-year-old song, the oldest piece of music showcased, “Once in a Blue Moon,” with music by Jerome Kern and lyrics by Anne Caldwell, who I felt compelled to look up online. An American playwright and lyricist, born in 1865, she had a prolific career in musicals, though few to none are performed today.

Closing with “I Will Never Leave You,” Henry Krieger and Bill Russell’s final number from 1997’s Side Show, Officer revisited a show in which he was part of the original cast (Russell was also thanked from the stage as the show’s director). Officer blended the song with another song Russell supplied words to, “Someone Beside You,” with music by Janet Hood. It made for a sweet goodbye to an evening that welcomed home an old friend to Birdland and to the city where Phillip Officer first made his mark.