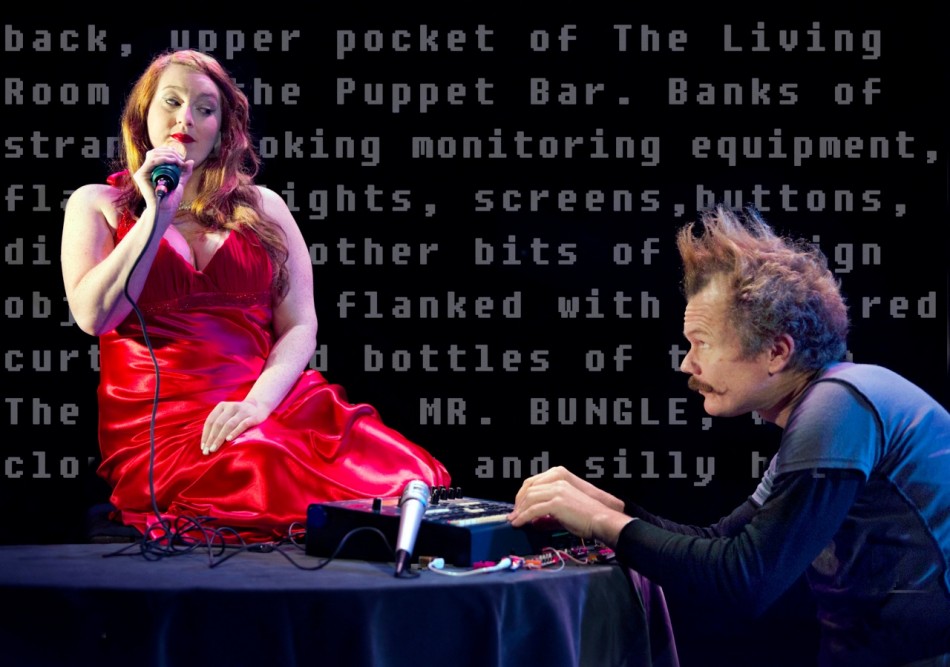 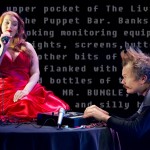 Virtual sexual assaults propel the moral quandaries at the heart of If You Can Get to Buffalo, a satire based on Julian Dibbell’s 1993 Village Voice article, “A Rape in Cyberspace”. The play dramatizes the events of the article in which a player in an online game community called LambdaMOO ran a subprogram that allowed him to make other players sexually mutilate themselves. Playwright Trish Harnetiaux fleshes out the characters that represent the players and their avatars, blurring the lines between reality and computer fantasy. It is an excellent and still-relevant topic that sometimes clearly resonates in Eric Nightengale’s production for Incubator Arts Project. Unfortunately, occasional spurts of heavy theatricality and a sketch comedy take on ethics in technology detracting from the emotional weight of the proceedings and render it a missed opportunity.

The stage is simply set up with microphones and old computer keyboards on top of two long tables. It feels as though an inquest might happen, recounting the events of the cyber rape. On a platform behind the tables sits Mr. Bungle (Rob Erickson), looking like a mischief-making creature straight out of a Terry Gilliam movie. Erickson is also the sound designer and tinkers with electronic music-making devices throughout, chopping and screwing 90s pop tunes and 8-bit video game music. On the few occasions that Mr. Bungle speaks, Erickson plays him as a loud and rambling caricature. He would be far more sinister as a disembodied voice.

Working with dialogue and blocking based on the concept of chat room conversations is difficult, and some of the actors are up to the challenge. As Starsinger, Julia Sirna-Frest occasionally shows a vulnerability that suggests that her avatar may be more representative of a real person that the others’. When she timidly sings Fred Astaire’s “How Could You Believe Me When I Said I Love You When You Know I’ve Been a Liar All My Life”, you’re sure that she has a powerful emotional breakdown ahead of her, but the script does not afford her one.

The best of the group is Minna Taylor, who, unlike many of her fellow cast members, does not play her lines for laughs. She nimbly works through a choreographed sexual act occurring seemingly online, and in reality, and gives the scene a workmanlike quality that does more for the mechanical nature of a show about computer technology than the clumsy 8-bit dance sessions that happen between scenes. Near the end, Taylor plays a character pretending to be Bill Gates, stroking the ego of a New Yorker writer (Demetri Bonaros) and humiliating him in the process. She takes the task seriously and makes Bonaros’ dorky journalist look all the more pathetic. She has, perhaps, the least to do in the ensemble, but when she is featured, she’s all in with no sense of play-acting.

While the interactions between the avatars are frequently intriguing, there are ill-advised breakaways that feature a parody of Charlie Rose. The beautiful Starr Busby is certainly watchable as a version of Rose donning a pink jacket and heels, but the obvious fogeyism that comes across when every word seems to be surrounded by scare quotes gets tiresome as the bit continues. Busby has a great voice and stage presence and could have done wonders with a subtler take on Charlie Rose.

The show is further overburdened by its use of projection. Text is projected above the action throughout the show. Sometimes it reflects what the characters are saying, while other projections show a large amount of text that may or may not be related to what is happening onstage. Perhaps this is a commentary on the overwhelming amount of information on the internet, but in this setting it felt distracting. A more stripped-down approach could have focused on the avatars and the power of their words to comfort and hurt. Additionally, this fictionalized account of a true story often misses out on the opportunity to paint a portrait of an era and its technology. We do not hear characters thoughts on slow dial-up speeds and the exciting and terrifying nature of hyperconnectivity. The play has the makings of biting and alarming satire, but it never gets past its urge to always be winking at its audience.

If You Can Get to Buffalo is playing at the Incubator Arts Projects performance space on the second floor of the St. Marks Church at 131 E. 10th St. from February 13-23, 2014. Showtimes and tickets can be found at http://incubatorarts.org. 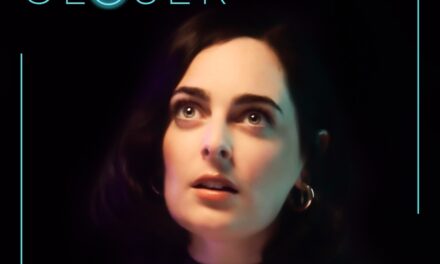