Richard Holbrook Sings Rodgers with a Lot of Heart 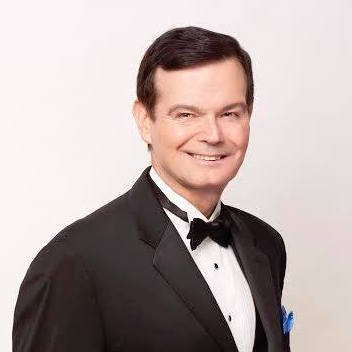 Richard Holbrook always was known for his clear, silvery voice, seemingly produced with no effort. In the past few years some personal issues appear to have darkened his voice and deepened his interpretative artistry. A performer formerly charming and wonderful to listen to is now an artist whose voice has developed layers along with deeper understanding.

His Richard Holbrook: Richard Sings Rodgers with a Lot of Heart returned to the Metropolitan Room, performed to a sold-out crowd including many cabaret names. It was a pleasant stroll through Rodgers’ prolific career with just enough biographical chitchat to keep the song list moving along.

From the early Rodgers and Hart ditty, “Any Old Place With You” past the last song Rodgers wrote with Oscar Hammerstein II, “Edelweis,” to the slightly less successful later collaborations, Holbrook found new colors in both the dramatic numbers like “Soliloquy” and the humorous ones like “Manhattan.”

There were a number of medleys that agilely combined songs from different periods. “With a Song in My Heart,” that rhapsodic ode segued into “The Sound of Music” with the odd, unintentional effect of coming down firmly in Lorenz Hart’s favor for his way with imagery.   Quite wonderful was the combination of two Rodgers and Hart songs: “Nobody’s Heart” and “Glad to Be Unhappy,” both exploring loneliness and unrequited love which Holbrook crooned excellently.

A Rodgers’ waltz medley again pitted Hart against Hammerstein, with Stephen Sondheim’s short-lived and ill-fated “Do I Hear a Waltz” added in for spice. The lyrics of “Falling in Love with Love” and “The Most Beautiful Girl in the World” are urbane next to those of Hammerstein’s “It’s a Grand Night for Singing,” which, to be fair, was part of the score of the folksy State Fair. “Out of My Dreams” from Oklahoma! does, admittedly, have a set of gorgeous lyrics. The winner of the waltz medley, in the end was Rodgers, himself, as evident in the instrumental version of his “Carousel Waltz” played by the effervescent Tom Nelson Trio (Mr. Nelson on piano, Tom Kirchmer on bass and Peter Grant on drums, all of whom had brilliant, emotionally evocative solos in Mr. Nelson’s agile arrangements).

Several rarely heard numbers gave the show interest. “I Gotta Get Back to New York” written for an Al Jolson film; “Over and Over Again” from Jumbo; and “I Feel at Home With You,” all with Lorenz Hart, displayed a range from smart to romantic.

The very generous program ended with a very appropriate Rodgers and Hammerstein collaboration “”There’s Music in You,” both a personal admission and a generous gift to his appreciative audience.

For reservations and information, call 212-206-0440 or visit www.metropolitanroom.com