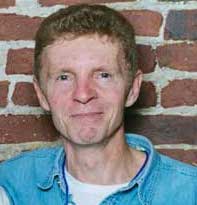 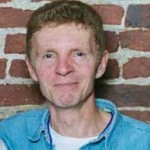 FIRST he wrote the best-selling book. THEN came the OSCARÒ winning movie.

After captivating audiences in preview performances at the 2013 Edinburgh Fringe Festival, Hayes will appear in a limited run at the ST. LUKE’S THEATRE (308 West 46th Street) in the heart of New York’s theatre district, from January 22nd to March 23rd, before heading back to the British Isles for a special engagement at London’s “Soho Theater.”

Hayes’ story became an instant legend with the publication of his best-selling book, MIDNIGHT EXPRESS, in 1976 and the release of the OSCARÒ winning movie in 1978. For the first time on the live stage, Hayes recounts the five years he spent in a Turkish prison and his brazen escape. He reveals aspects of his adventures never before told, elaborates on many instances portrayed in the film version, and corrects some of the plot-lines and scenes that were fictionalized for the movie – especially the actual, true story of his harrowing, white-knuckle escape.

Since Billy escaped in 1975, he has spoken about his ordeal on television, in classrooms and lecture halls, even back in Turkey.  But he has never spoken about it in a theatrical setting, until now.  RIDING THE MIDNIGHT EXPRESS with BILLY HAYES was originally presented at the 2013 Edinburgh Fringe Festival where The Times of Scotland called it: “A remarkable, inherently theatrical tale, which Hayes articulates with great charm, humor and energy…Part memoir, part thriller, part philosophical contemplation of freedom…this absorbing story proves Hayes to be a fascinating character and charismatic storyteller.”

BILLY HAYES was a middle class kid growing up in a suburb on Long Island in the Sixties (yes, those Sixties: Free Love. Political Protests. Sex, Drugs and Rock ‘n Roll) when he went off to college to study journalism. While at Marquette University, Billy realized that the best inspiration for a writer is to experience what he writes about first hand. So he decided to follow the advice of the ultimate guru of the time, Timothy Leary, to “turn on, tune in and drop out.”

Billy rode motorcycles across Europe and ran with the bulls in Pamplona. And he made a decision that would change his life in ways he never imagined. He began to smuggle hashish from Turkey, selling it to his friends back in the United States. Until he was arrested at the Istanbul airport in October 1970 with two kilos of the stuff taped to his body. Whoops! Hayes was sentenced by the Turkish court to 30 years in prison. Not exactly the experience he was looking for.

Five years later, in October 1975, Billy Hayes escaped from Imrali Island Prison in a daring effort that began by rowing 17 miles across the Sea of Marmara in a raging storm. On returning home, he finally got his chance to become a writer. In 1976 Hayes’ best-selling book chronicling his time in prison and his escape, Midnight Express, was published and translated into 18 languages. In 1978 it was made into an OscarÒwinning motion picture starring Brad Davis as Billy. Billy Hayes became an iconic figure in American culture and his name became etched in media lore.

Since then Hayes has had an extensive career as an actor, director, screenwriter and public speaker and continues to write in a variety of media and formats. In early 2013 Hayes published The Midnight Express Letters: From a Turkish Prison 1970-1975. The third book in his trilogy, Midnight Return, which explores his life after prison and the parallel lives of those he left behind, has just been released.

Hayes credits the Yoga he practiced every day while he was incarcerated with getting him through the hard times and keeping him centered. He frequently advocates for prison Yoga programs throughout the country.  Hayes met his wife, Wendy West, at the Cannes Film Festival when Midnight Express premiered there in 1978. They have been married since 1980 and live in Los Angeles.

For performance schedule, more information and to purchase tickets, visitwww.ridingthemidnightexpress.com – www.telecharge.com  or call  212-239-6200