Screen of Consciousness – An Amusement Column 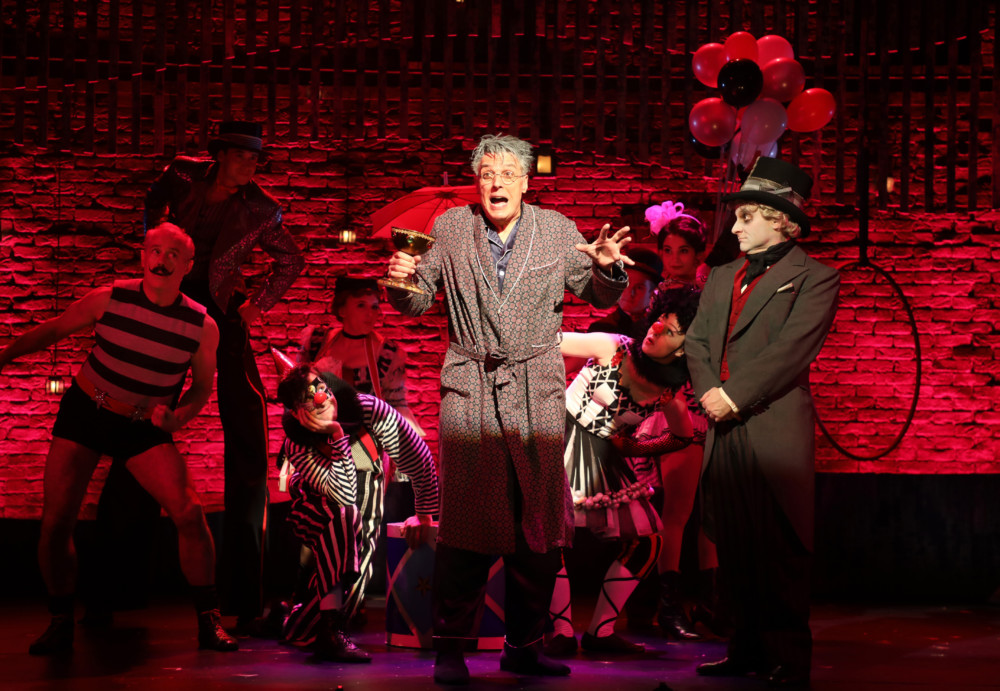 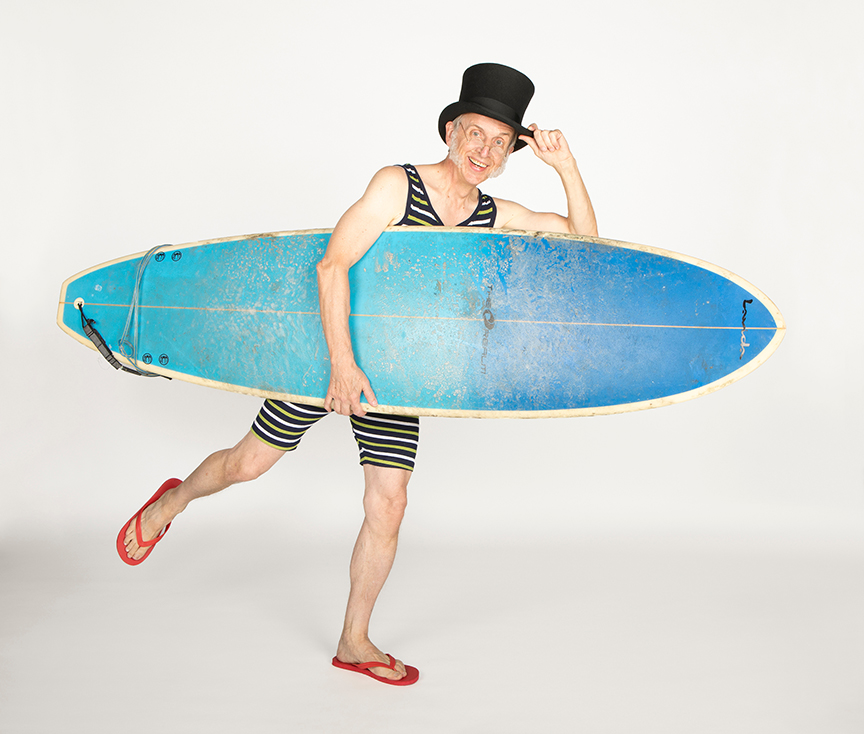 RING THE DICKENS OUT OF THEM CHRISTMAS BELLS

‘Tis the season of bell-ringing and hand-wringing, and both acts are spiritedly in sync for the Broadway return of Charles Dickens’ Christmas ghost story, A Christmas Carol, now making merry at the Lyceum through Jan. 5. It hails from London’s Old Vic, helmed by its artistic director, Matthew Warchus (Matilda, God of Carnage), and adapted by Jack Thorne, who has a certain flair for making a short story long and elaborate (Harry Potter and the Cursed Child and King Kong). . . .

The show stars a real son-of-a-Scrooge, Campbell Scott, who speaks it beautifully, musters some huff ‘n’ puff gruff and embraces redemption enthusiastically—unlike his old man, the indomitable George C., who, in a 1984 TV version, played it—hilariously!—in sadistic euphoria, delighting in his malice toward his fellow man. . . .

In contrast, this is a blissfully benign edition, and that begins at the door, with cast members dispensing complementary clementines and wafers to the customers. I told Andrea Martin, with two Tonys under her belt, that she didn’t “need to peddle oranges,” that she was” too good for that,” and she responded in kind: “I know, it’s come to this.” In the play proper, she’s The Ghost of Christmas Past, pointing out the errors of Ebenezer’s stingy ways. It’s not a knee-slapper of a role, but it’s a way back on the boards after a rib-breaking rehearsal with Nathan Lane that cost her a role in Gary: A Sequel to Titus Andronicus. “How can I be on a trapeze in Pippin, swinging ten feet in the air, and not hurt myself, then that happens?” she asks herself. . . .

The Ghost of Christmas Present is played by another Tony winner, LaChanze—with a Nigerian accent. “I wanted the character to be of a regal country and give her an accent from an ancestor,” she explained. Her next appearance on Broadway, she expects, will be in The Secret Life of Bees—“but it’s going to go to London first.” . . .

Scrooge’s work-slave clerk and family man, Bob Cratchit, has been extensively expanded by adapter Thorne, giving Dashiell Eaves more opportunity to shine—both as a dancer (he was in Stomp’s original American company) and as an actor (via some emotional breakdowns over the plight of his crippled son, Tiny Tim).

“I’ve actually always wanted to play this role,” Eaves confessed. “He’s someone who finds optimism even in the most desperate of circumstances. What matters to him is love, connecting himself with others.” Tiny Tim’s crutch, a powerful prop in the book, has been eliminated here because the character has been double-cast with youngsters who have cerebral palsy, Sebastian Ortiz and Jai Ram Srinivasan. “Both are extraordinary kids,” their “dad” admitted. “They face adversity every day, and they just show up on that stage full of fire and life. I love them both.” . . .

Once Scrooge makes his difficult crossing from miser to philanthropist, the play explodes into a bounty of food, delivered in chutes of sheets from the balcony. It proves to be a fine, fitting, spectacular finish to a feel-good evening in the theater. . . . 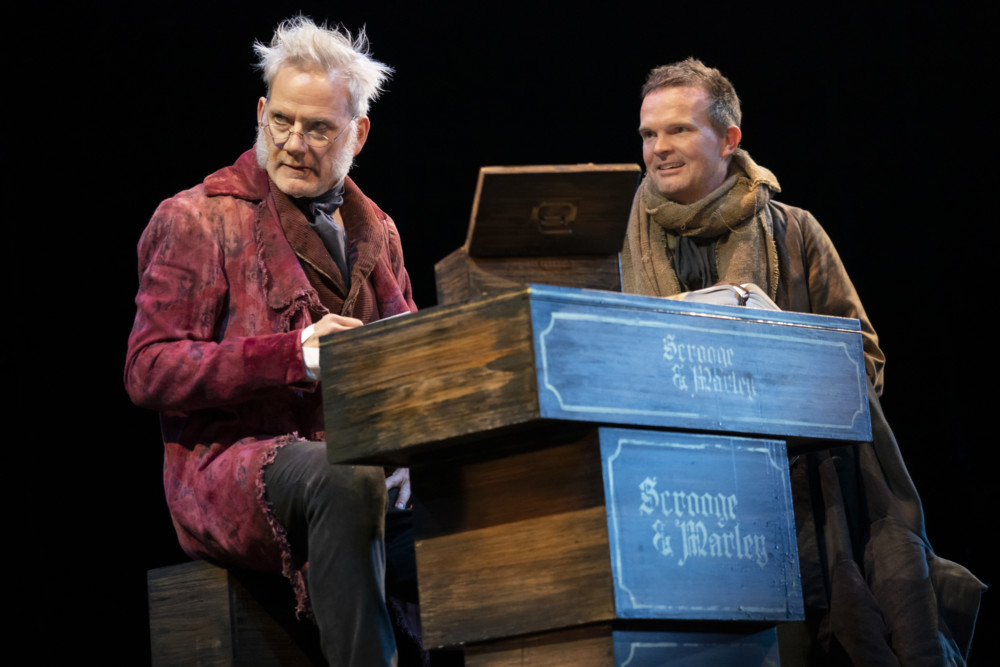 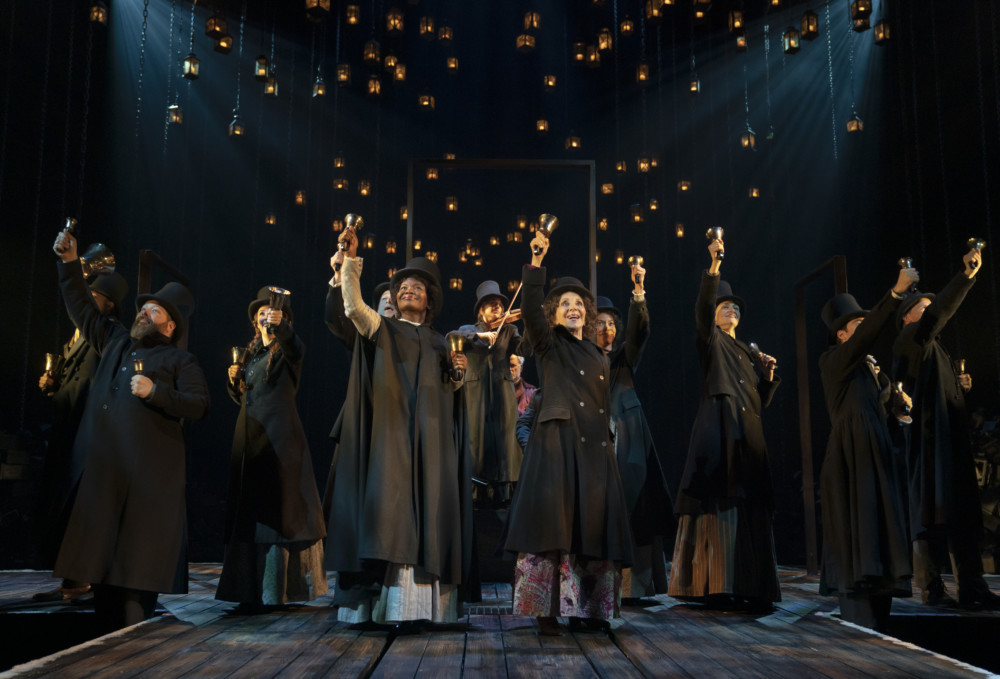 The Cast – A Christmas Carol

This Christmas Carol is the first on the Main Stem since 2001 when Patrick Stewart recited the novella all by himself. The Lynn Aherns–Stephen Flaherty musical version—a decade-long perennial at Madison Square Garden—has been silent since 2003. So brace yourself for an imposing deluge of pent-up Christmas Carols pouring over the dam. No less than ten are already showing on the immediate horizon. . . .

It never rains in Southern California, nor does it snow, but The Old Globe is celebrating the season anyway with Ebenezer Scrooge’s BIG San Diego Christmas Show, now through Dec. 29, starring Robert Joy as the title skinflint. Steve Rosen and director Gordon Greenberg adapted the piece for “wintery” San Diego. . . .

Dramatist Theresa Rebeck turns director for a Primary Stages benefit reading of A Christmas Carol Dec. 19 at 8 p.m. at the Cherry Lane Theater. The cast she has rounded up includes Tyne Daly, Sharon Washington, Kate Hamill, Thom Sesma and at least one Pulitzer Prize playwright, Michael (The Shadow Box) Cristofer. . . . .

No stranger to dual roles–Robert Cuccioli, a.k.a. the original, Tony-nominated Jekyll & Hyde–reprises some double duty that he did last year (playing actor/hometown legend William Gillette playing Scrooge) in A Connecticut Christmas Carol Dec. 4-28 at The Terris Theater. The conceit is that this is the last performance at the Goodspeed Opera House before William Goodspeed shuts the theater down, and other legendary locals drop by to play the ghostly brigade: J. P. Morgan covers the past, P. T. Barnum covers the present, and Mark Twain covers the future. . . .

Probably the record-setting Scrooge around is Ames Adamson, who heads down the road to redemption for his 17th consecutive season of A Christmas Carol at The Shakespeare Theater of New Jersey Dec. 4-29. It’s the eighth time out for Neil Bartlett’s adaptation, and this will be directed by STNJ veteran Brian B. Crowe. . . . 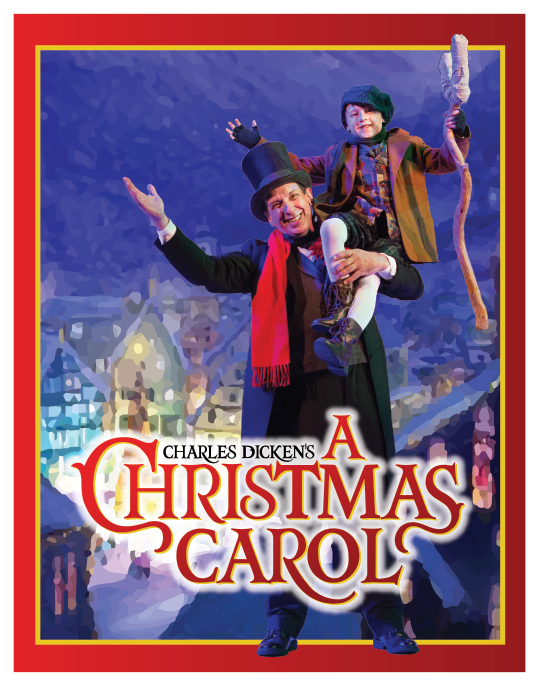 Walnut Street Theater in Philadelphia racks up its 20th edition of A Christmas Carol Nov. 30-Dec. 22, but the Scrooge is brand new: Gregory Isaac. Man-of-many-hats Bill Van Horn is adapting, directing and doing in a little acting on the side. . . .

After its recent Little Women riff (meg jo beth amy & louisa), the Tier5 troupe is inviting you to don your gay apparel for another world premiere—this at the Access Theater Dec. 4-22. The Christmas Carol: A Queer Fantasia “explores what it means to walk among your fellow humans regardless of how they look and who they love.” . . . 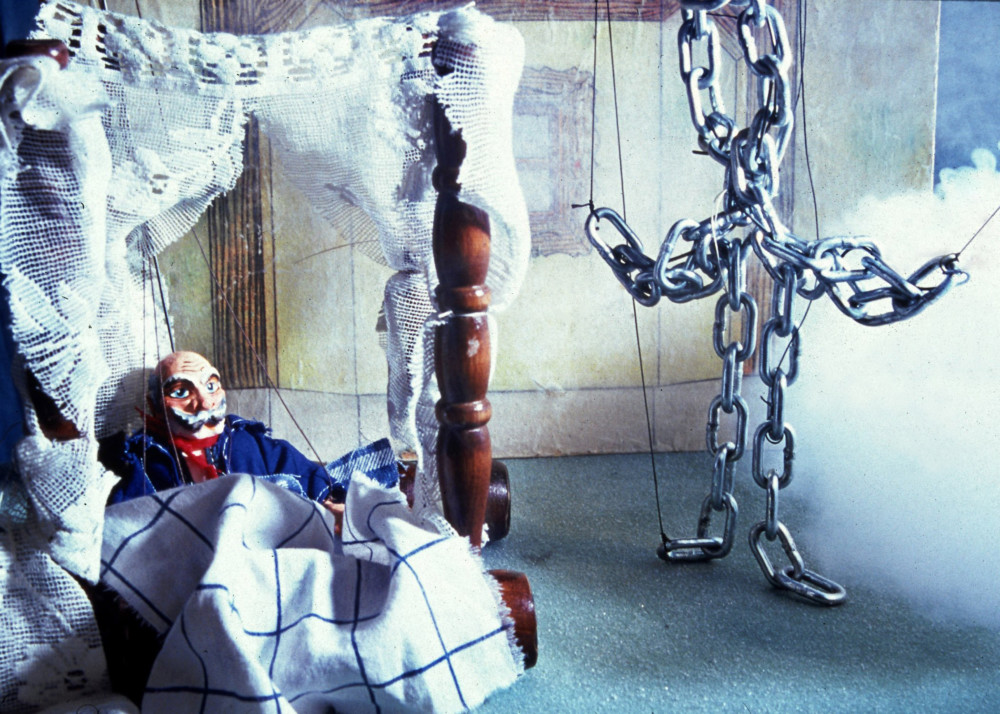 Czechoslovak-American Marionette Theatre (CAMT) has turned Dickens’ classic into a toy-puppet extravaganza for young and old alike and will present it at Theater for the New City Dec. 19-Jan. 5. Replete with Old World accents and New World inclusiveness, it’s called A Christmas Carol, Oy! Hanukkah, Merry Kwanzaa. Adapted, directed and reinvented by Vit Horejs, it features more than 30 puppets by Milos Kasal, including a quartet of Rockettes in Slovak, Moravian and Ruthenian folk costumes doing songs in Czech, English, Hebrew, Slovak, Spanish and Swahili. . . . 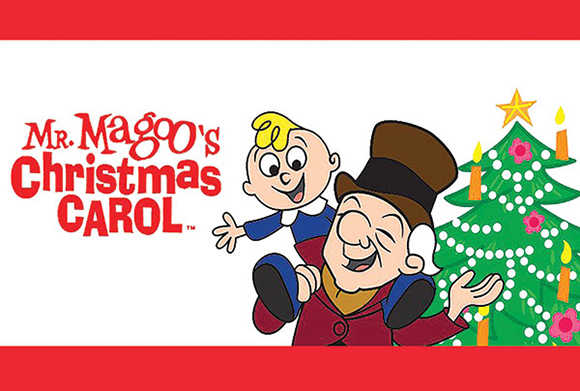 According to the Internet Movie Database, A Christmas Carol has in 120 years been translated into some kind of cinema 88 times—shorts, features, TV episodes, series, miniseries, whatever. The gamut runs from Scrooged to The Guns of Christmas Past and stretches from Scrooge; or Marley’s Ghost in 1901 to Marley in 2021. . . .

Re the latter just announced by Disney, writer-director Bill Condon (who did the Dreamgirls and Beauty and the Beast films) figures Jacob Marley has been a silent partner too long and wants to give him a chance to sing (songs by Wicked composer Stephen Schwartz). That should upend an old story. Maybe an original will fall out. 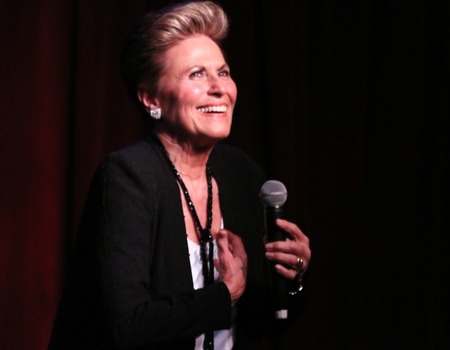 Lorna Dallas – Back to her Birdland nest (Photo Kevin Alvey

The Public Theater is going through a phase where it allows the playwright to write himself into his play—first David Henry Hwang with Soft Power, and now Tony Kushner with A Bright Room Called Day. It’s Kushner’s first play, and he had to update it to get himself in it. Francis Jue played Hwang, Jonathan Hadary played Kushner. Critical consensus: they make better playwrights than characters. . . .

American-born Londoner Lorna Dallas sees her life flash in front of her eyes when she sings. By design. Her act, which she concocted with director Barry Kleinbort and musical director Christopher Denny, is a musical biography she calls Stages. Last February, she reentered the New York cabaret scene with it after an absence of 20 years, and critics melted. Well, this “truly a-once-in-a-lifetime-event-not-to-be- missed” is about to strike again—Dec. 3 at The Birdland Theater. The Observer’s Rex Reed broke out the whole set of his Crayolas to critique her musical magic: “The kind of inspired singing that is as rare as a pink unicorn in MGM Technicolor.” . . . 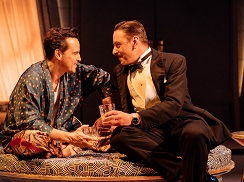 It took Noel Coward three years of thought and six days of actual writing to come up with a bravura role for himself in 1939–Garry Essendine, the self-obsessed actor in Present Laughter, coping with ingénues and adulteresses who sleep over and an estranged wife who doesn’t—but he couldn’t perform it until 1942 because World War II put such a blackout damper on London theatrical life. His pal, Clifton Webb, brought Garry to Broadway four years later. Neither was exactly a Playboy subscriber, but they got away with it in their effete fashion, and the role has been done relatively straight ever since by worthies like Albert Finney, Peter O’Toole, Donald Sinden, Ian McKellen, Simon Callow, Douglas Fairbanks Jr., George C. Scott and Frank Langella. When he was last on Broadway, Garry got Kevin Kline the Tony. But last June, director Matthew Warchus reassessed the role for his Old Vic revival: now, there’s a distinct lavender-blue hue to Andrew Scott’s Garry. . . . 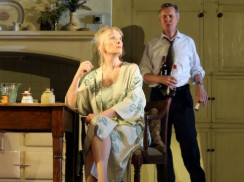 National Theater Live taped a performance, and you can see for yourself at any of the various venues around (City Cinemas 123, Empire 25, E-Walk, IFC, Kips Bay 15, Skirball, Union Square 14, et al). Present Laughter pops up at Symphony Space at 1 Dec. 4, and, if you stick around till 4, you can double-your-pleasure with another NTL offering, Simon Wood’s Hansard, in which a Tory minister (Alex Jennings) and his left-leaning, alcoholic wife (Lindsay Duncan) engage in sustained 90-minute verbal warfare. Think Coward’s Private Lives or Edward Albee’s Who’s Afraid of Virginia Woolf?—without a second couple to buffer the domestic destruction . . .

Gingold Theatrical Group, which usually sticks exclusively to George Bernard Shaw readings for their monthly soirées (also at Symphony Space) is saying Noel with a presentation of Coward’s first play, I’ll Leave It to You, Dec. 16. Among the participants: Jason Gotay, Cady Huffman, Robert Petkoff, Cynthia Darlow and Fred Applegate. It’s said to be chock full of intimations of the Coward to come. 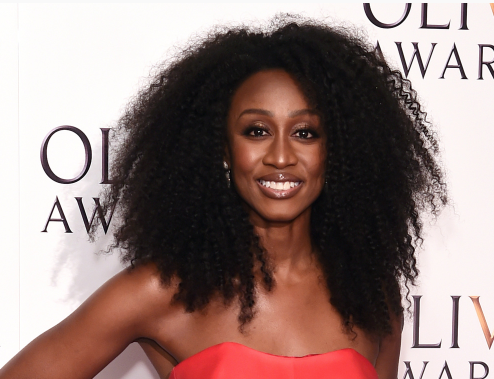 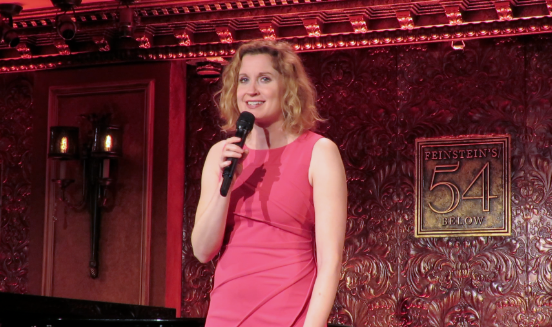 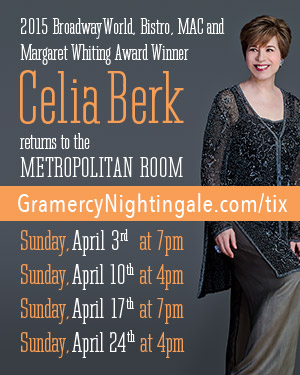 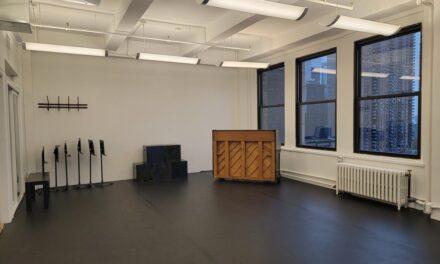