The Andersons & Band with Molly Ryan

That familiar opener, Billy Strayhorn’s “Take the A-Train” (the Duke Ellington Orchestra’s theme song from 1940 on) was a sure bet to herald a delightful 90 minutes of the Maestro’s music in this year’s edition of the Songbook Summit. Will and Peter Anderson, the multi-instrumental twins who’ve mastered the reeds, know their Duke Ellington, one of America’s most important composers. The program was conceived, written and hosted by the duo, who put together a fulfilling evening, a treat for both those familiar with and not familiar with the canon. The Andersons were supported by a premier rhythm section — Jeb Patton on piano, Neal Miner on bass and Chuck Redd on drums and vibraphone — with all hitting the right notes literally and figuratively.

Ellington is quite a lot to take on in a limited amount of time, so the choices, to make a comprehensive and sensible program, need to be wise ones. In this case, even the most knowledgeable Ellingtonian would find it hard to quibble about due justice being done. The Andersons succeeded in curating the music and narrative (accompanied by a wealth of wonderful images and clips, including Ellington’s fun appearance on the 1950s TV show, “What’s My Line”) with intelligence and an obvious love for the Duke (Will Anderson divulged that Ellington is his favorite bandleader). Ellington began composing when he was 15 years old (“Soda Fountain Rag,” played by Patton); he never stopped. He was still composing on his deathbed, as he lay dying from lung cancer in May 1974. Over the span of those years he composed nearly 3,000 works in a variety of genres, always innovative and always ahead of his time. It’s not an exaggeration to say a great majority of composers, songwriters and musicians still stand upon Duke Ellington’s shoulders. 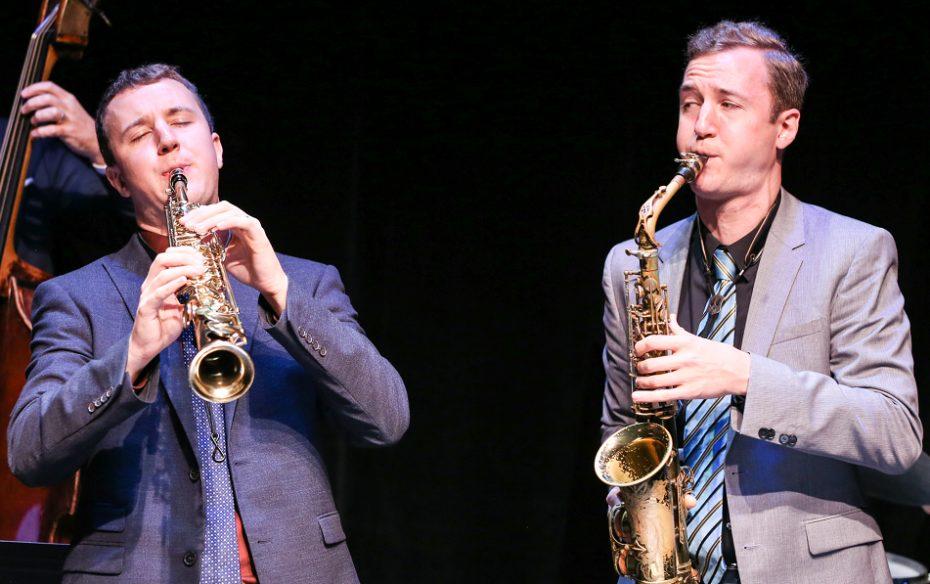 Pacing the music was well thought out, with eras of the Ducal canon intermixed. The early tunes were represented well in “Black and Tan Fantasy,” “The Mooche” and “Mood Indigo” (written from musical ideas by band clarinetist, Barney Bigard). In 1939, a musical mountain moved with the addition of the young composer-pianist Billy Strayhorn to the Ellington organization. Until Strayhorn’s death in 1967, these two geniuses collaborated as one to produce classics such as “Ad Lib on Nippon” from the Far East Suite, exquisitely rendered by the five instrumentalists in an egalitarian musical effort.

Vocalist Molly Ryan, who specializes in the style of big band singing, offered a jaunty “Drop Me Off in Harlem,” an evocative “I Got It Bad (And That Ain’t Good)” and a lovely rendition of “I’m Beginning to See the Light” with Will on baritone sax. Ryan also offered a torchy “Prelude to a Kiss,” with Redd on vibes, as well as a perky “In a Mellow Tone.”

A word about that baritone sax: Harry Carney was the longest serving member of the Duke Ellington Orchestra, spending nearly 50 years with the maestro, on the bari. After Duke’s death, Carney stepped down and the equally talented Joe Temperley took the bari chair, under Mercer Ellington’s baton. Flash forward to the Anderson’s who studied with Temperley (who died in 2016). Will’s bari sax was originally Harry Carney’s, passed to Temperley and on to his young student. The reveal of its provenance was magical. Another special moment came with Peter on the bass clarinet, with the tune Temperley was particularly associated with, “Single Petal of a Rose” from the Queen’s Suite. 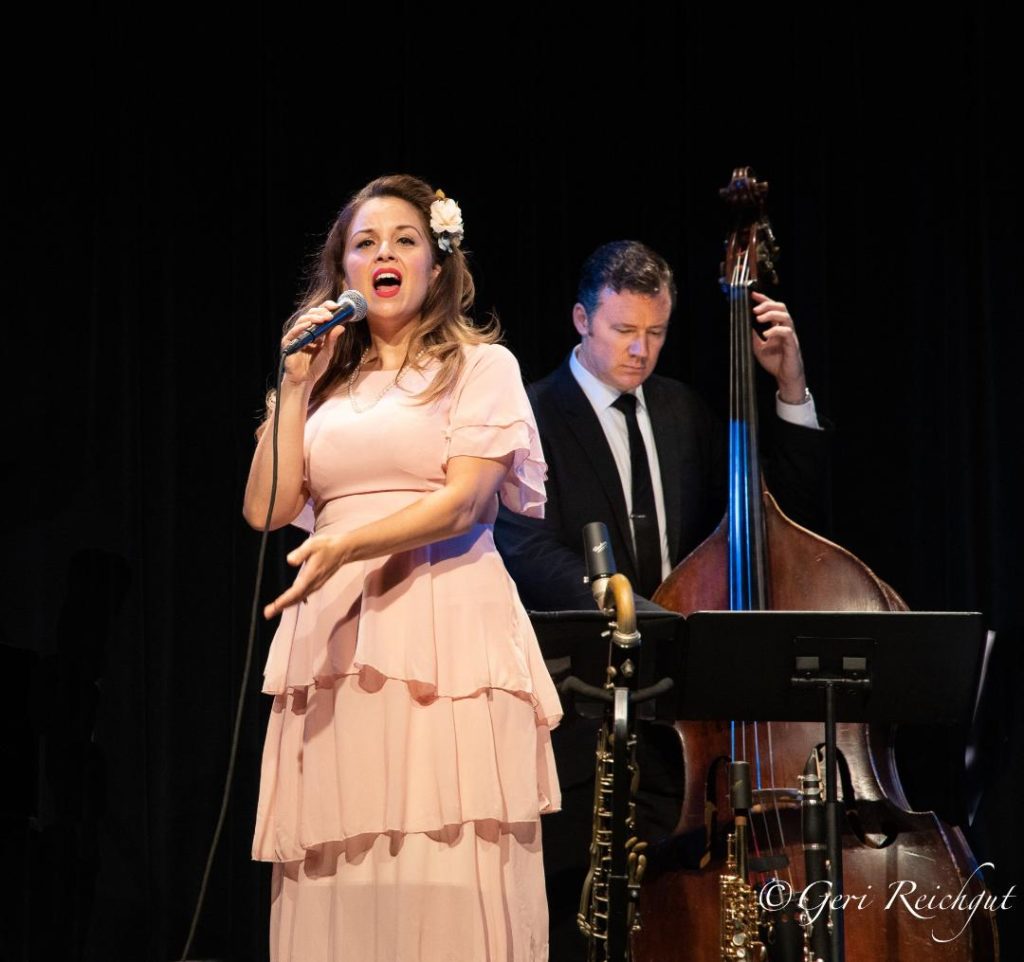 All arrangements in the set were by Peter Anderson — quite a job. The twins’ style is straight ahead, mostly in mid tempo range. The variety in their play comes not only from the construction of the entire program, but more so from the astounding number of instruments they both have mastered. To do justice to the breadth of Ellington presented they brought along their tenor, soprano and alto saxes, flutes, clarinets, the baritone sax and bass clarinet. They freely mix and match these pieces from tune to tune and within a single number. The result is both fascinating and pleasing to the ear.

By the play out, a swinging “It Don’t Mean a Thing (If it Ain’t Got That Swing),” with Molly Ryan joining the quintet, the Ellington magic had worked its spell again. Foot-tapping and happiness reigned.

Songbook Summit: The Andersons Play Ellington played at Symphony Space, Broadway at 95th Street, NYC on August 13, 14 and 15. On August 20, 21 and 22 the Songbook Summit will feature the legacy and music of Louis Armstrong.