In the Still of the Night – Wonderful Performer But . . . 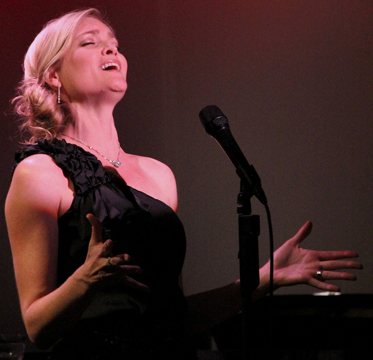 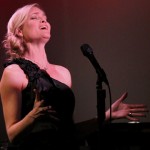 Shana Farr has a glorious voice. Remember the scene in When Harry Met Sally where Meg Ryan fakes orgasm in a roadside coffee shop and a woman several tables away says, “I’ll have what she’s having!?” That kind of voice. One just wants to inhabit the space with her. As the artist wafts her way from the back of the theater, sumptuously performing (as if recalling)  “In the Still of the Night,” (Porter) the room expresses a collective sigh. Farr begins with both elegance and affinity for the material.

Her last show Whistling Away the Dark, the songs of Julie Andrews, was a remarkable piece. I anticipated similar intelligence in selection, varied levels of performance, illuminating monologue, deftly minimal gesture.

“Where Shall I Find Him?” (Coward) she sings connecting with her audience as if sharing her feelings; even during a musical passage fully involved in the spirit of the lyric. We believe her. The song is bracketed by a few lines of poetry and the first of many repetitions of a verse from Coward’s “Someday I’ll Find You.”

“Once upon a time, many years ago, lived a lonely princess…” Farr begins easing into Coward’s “Zigeuner.” She embodies excited, almost over the top infatuation. When Adam Fisher’s excellent cello comes in, it’s as if the music caresses her. Gestures become curiously sensual, overt. Porter’s “What is This Thing Called Love? Is luxuriant. Phrasing is impeccable. Still, we’re beginning to see signs of – excess. “Experience will teach you as you go,” she recites also the first of many times. “When My Ship Comes Home” (Coward) is filled with lovely longing, but almost too brief to enjoy. Then, again, spoken, “Someday I’ll Find You” and another poem snippet.

The show is in need of an editor. Poems and recited lyrics crowd, diminishing the effect of songs, minimizing enhancement. While its concept is interesting, overkill damages.

With “Alice Is At It Again” (Coward), Farr plunges into what she carefully avoided with the last show. Her classically trained voice is strident, gestures become extravagant, facial expression is exaggerated. We go from wry to music hall comic. “Let’s Not Talk About Love” (Porter) loses all sophistication sounding like breathless Gilbert and Sullivan, through which precision is more important than content.

I’m afraid, though there are exceptions (Coward’s “I Believe” and “I’ll Follow My Secret Heart” are simple and beautiful- arms at her sides) from here on in, the show becomes a runaway train. Farr keeps getting bigger and sometimes appreciably faster.

In the Still of the Night needs a director.

I’m a fan of this artist and will attend her next show with high hopes. This particular piece, however, needs help.

In the Still of the Night