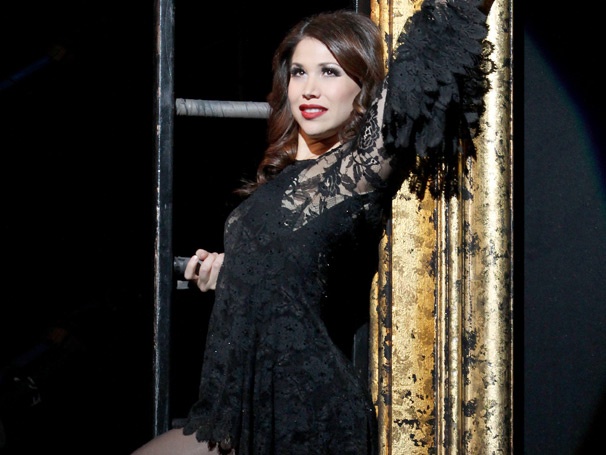 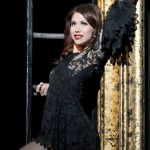 Along with her upcoming return to Broadway in the celebrated revival of John Kander, Fred Ebb and Bob Fosse’s Tony Award-winning musical CHICAGO, Bianca Marroquin has been named the first National Ambassador for Viva Broadway, the audience development partnership with the Hispanic community, created by The Broadway League to help bridge the world of Broadway with Latino audiences around the country.

As the newly-crowned National Ambassador for Viva Broadway, Marroquin will participate in Broadway League and Viva Broadway events and publicity opportunities throughout the year.

“I am so thrilled and honored to serve the Broadway community as the National Ambassador for Viva Broadway,” said Bianca Marroquin. “No matter where my career may take me in the fields of television and music, when I’m on Broadway I always feel like I’m home. The Broadway stage is my home.  CHICAGO is my home. And I can’t wait to get to work with the Viva Broadway initiative, so that Latinos throughout the country and beyond might share in the unique joy and excitement that only comes through the magic of experiencing live Broadway theatre.”

The long-term initiative of Viva Broadway aims to increase awareness about Broadway while culturally enriching lives, bringing families together and building new careers in the theatre. Specific plans include media and education initiatives, as well as conducting workshops and other programs to help augment and develop career opportunities for Latinos within the Latino community.

Bianca Marroquin began her stage career in Mexico City in productions of Beauty and the Beast, Rent, The Vagina Monologues, The Phantom of the Opera and CHICAGO. For her Spanish-language portrayal of merry murderess Roxie Hart, Bianca received five awards from the Mexican Critics Association, including New Revelation and Best Actress. Following her success in the Mexican production, Bianca crossed over to Broadway and made her debut as Roxie Hart with the English version of CHICAGO, making her the first Latina actress in history to crossover to Broadway from her native production in a leading role.

Her other Broadway credits include In the Heights (Daniela) and The Pajama Game (Carmen). Her regional stage credits include And the World Goes Round at Barrington Stage and Bye Bye Birdie at North Shore Music Theatre. She is the recipient of the Helen Hayes Award for Outstanding Lead Actress for her performance in the National Tour of CHICAGO.

On Spanish television, she is well known as a judge on both the popular Univision dance competition series “Mira Quien Baila” (“Look Who’s Dancing”), Televisa’s “Pequeños Gigantes” (“Little Giants”) and the Spanish soap opera “Esperanza del Corazon” (“Hope of the Heart”), also on Univision and Televisa.

Viva Broadway is an audience development partnership with the Hispanic community, to help bridge the world of Broadway with Latino audiences around the country. The long-term initiative aims to increase awareness about Broadway while culturally enriching lives, bringing families together, and building new careers in the theatre. There is a National Advisory Board of industry and cultural notables to help strategize and spread the word about all that Broadway has to offer this growing and vibrant community.