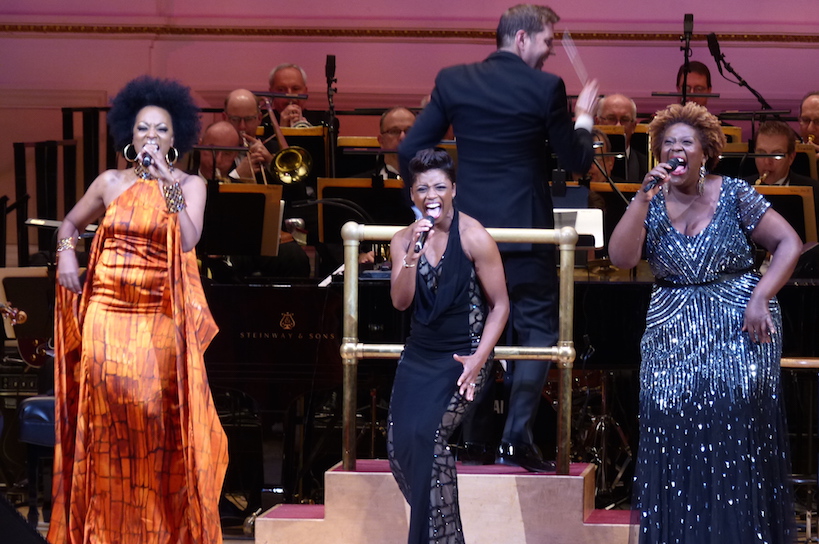 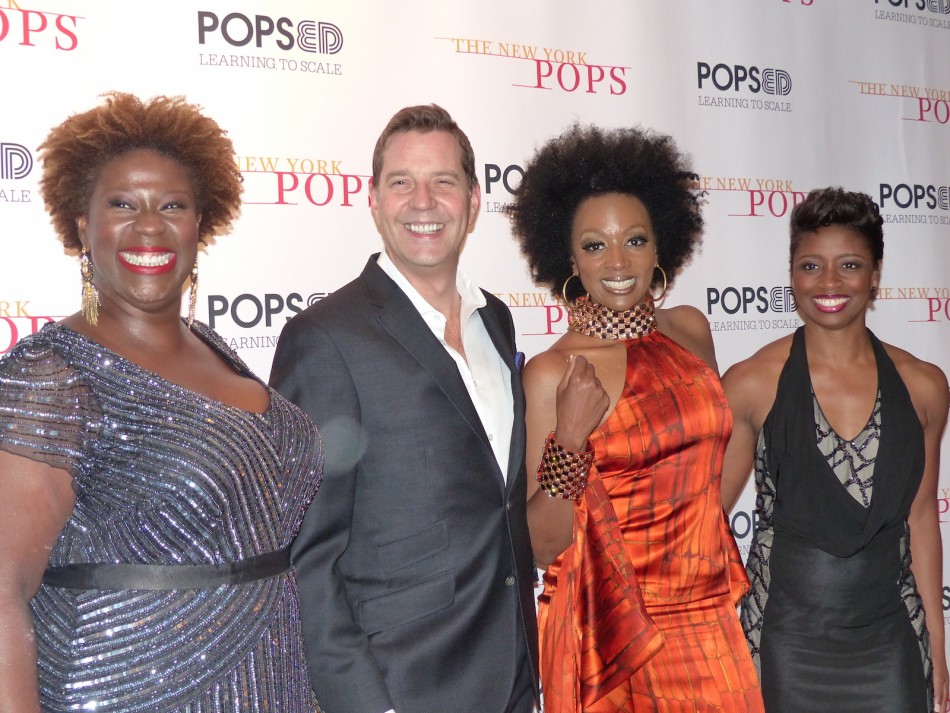 They say there’s always another train, but in this case I don’t think so. It was a once in a lifetime ride as three Sophisticated Ladies celebrated Billie Holiday’s centennial and some other sophisticated ladies . . . like Ella Fitzgerald, Dinah Washington along with the Cotton Club and Savoy Ballroom where they all performed in the hey day of the 20s and 30s. 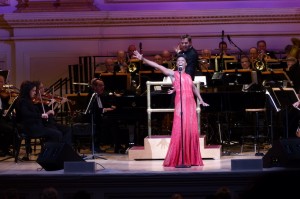 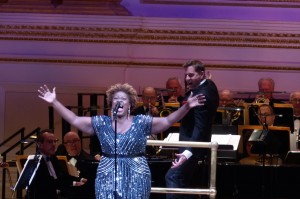 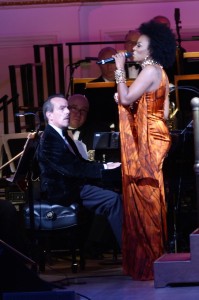 Swingin’ and swayin’ on the conductor’s podium at Carnegie Hall was the one and only Steven Reineke with the fabulous New York Pops accompanying the Ladies – Capathia Jenkins, Sy Smith and Montego Glover. It doesn’t get much better than this!

Along with some essential backstories and information, and fabulous gowns, the ladies sparkled, roared, wailed and soared on tunes like Johnny Mercer’s “Something’s Gotta Give” (Capathia in double time, with an exciting arrangement by Tony DeSare orchestrated by Tedd Firth); oozed sadness, sex and loneliness on Arlen/Mercer’s “One for My Baby” (Sy at the piano with Lee Musiker); and hit the heights on Arlen/Mercer’s “Come Rain or Come Shine” (Montego with a Skitch Henderson arrangement).

By the time the three divas formed a trio, the audience was breathless as they hit it out of the ballpark with “Blues in the Night” – the song that Billie Holiday reached the top of the charts with in 1926.

Along the extraordinary ride were also songs such as “Zah Zuh Zaz” (Cab Calloway) sung by a sassy Sy Smith – with a little help from the audience; “Summertime” (Gershwins/Heyward) sung by Capathia Jenkins, and a touching “God Bless the Child” (Holiday/Herzog) by Montego Glover.

Not to be left out, was a Bill Elliott arrangement of Count Basie’s “One O’Clock Jump,” with spectacular brass solos, conducted by Steven Reineke. 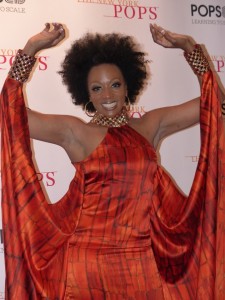 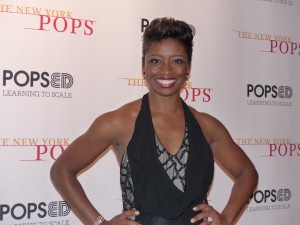 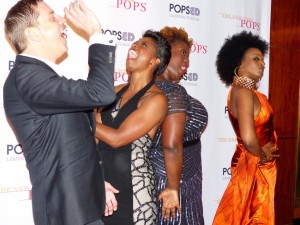 Next up on the New York Pops calendar – “It’s Christmas Time in the City” with Stephanie J. Block and Brian d’Arcy James, with favorite musical director Steven Reineke, in a program of holiday favorites on December 18 and 19, 8 pm at Carnegie Hall 212 247-7800 or www.carnegiehall.org