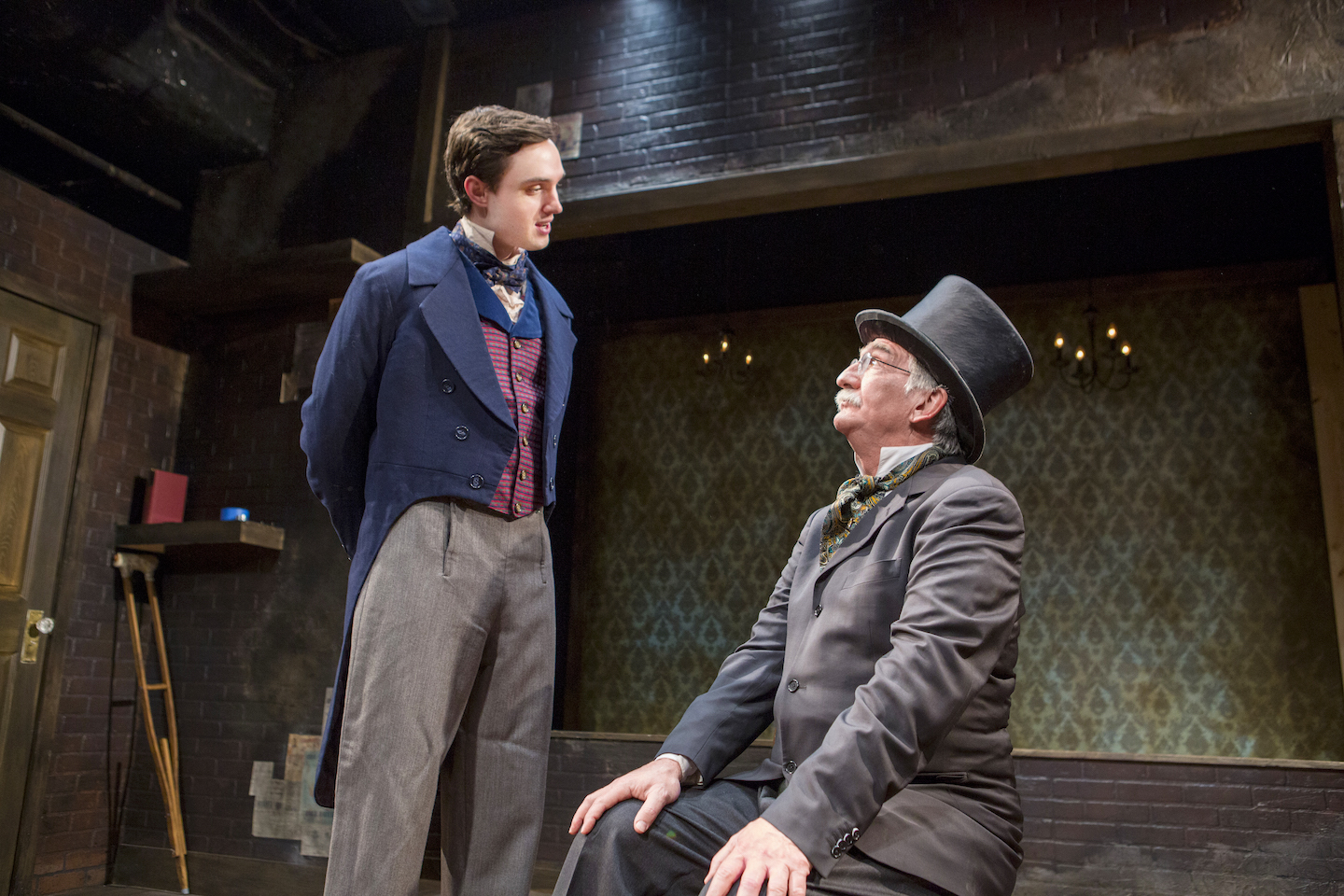 The Astonishing Times of Timothy Cratchit is a lively musical which takes place on a picturesque and wonderfully 19th century set, has memorable music and lyrics by Andre Catrini, and is directed by Thomas Coté. The story acts as a sequel  of sorts to the Charles Dickens’ classic, A Christmas Carol. The costumes by Sharon Sobel are magnificent and the singing is a real treat.

The Astonishing Times . . . follows the story of 19-year-old Timothy Cratchit (Robby Haltiwanger) who decides he has no interest in going into his Uncle Scrooge’s  business of seemingly pointless money making. Instead he wants to go out in the world to broaden his mind and find an alternate calling. The loss of Timothy leaves his uncle deeply depressed. Once our naïve hero ventures into the outside world, he encounters a stupendous and amusing  group of clowns and circus performers led by the humorous, melodramatic clown Grimaldi (Ethan Cadoff)—a character based on the early 19th century performer Joseph Grimaldi, considered by many to be the greatest pantomime and clown in England’s history. The clowns deliver one delightful musical number after another: “What I Want,” “A Modest Man,” and “What a Women Wants,” to name but a few. In his boarding house, he also meets a dry but comical maid, played by Kyra Kennedy, with whom  he falls in love. However, his awkwardness and lack of life and sex experience, proves to be a challenge as he pitches woo. During his introduction to his new life, he discovers the reality that people live with crushed dreams. Defeated and downbeat characters in his boarding house, including his love interest Lucy, who expresses her stagnant life in the song “Nothing Happens Here,” open his eyes to the fact that life isn’t quite the adventure he’d imagined. Cratchit is also introduced to the hardships of trying to find a job, and when he finds one in Grimaldi’s ranks he discovers the courage and perseverance needed to be a performer. He further discovers that the life of a performer it rarely taps into money or provides social status. This life hearkens the classic “starving artist” musical Rent and its glorification of similar struggles. About half way through the play the plot begins to fray, splitting into three parts: Timothy falling deeply in love with Lucy; stepping out of his comfort zone and finding a passion for clowning with Grimaldi and his circus friends; and trying to heal his damaged relationship with his uncle. Here the writer, Allan Knee, tries to do too much, resulting in the show having an excessive three-hour run time. When the play jumps between the three main plots, much of the momentum is lost, even when strands are picked up later.

Another strange aspect of the show is the ample amount of queer  innuendo that’s never directly addressed. For example, many of the actors in the circus troupe take on very flamboyant, stereotypically homosexual personas or appear in drag, though the subject is neither discussed or explored further What’s more, a beautiful scene takes place in which Timothy goes to visit his ailing uncle. Scrooge, in touchingly sentimental dialogue, proclaims that first he fell in love with a woman, but he let her go, and then, later,fell in love with a man. After a long moment it is specified that “the man” is a boy, and that boy Timothy in an ostensibly father-son relationship. But the moment left the audience intrigued and slightly confused by Scrooge’s odd hints at an ambiguous sexuality which was never brought up again. It was certainly a puzzling directing choice that left many unanswered questions.

Conversely, the father-son scenes between Scrooge and Timothy were beautifully written, directed, and acted. John Little (Scrooge) is a wonder to watch on stage and was perfectly cast in the role. He clearly understands Timothy’s urge to leave and yet resents him for leaving him alone with his boring life and career. All this left me wishing Knee had just focused on one aspect of Timothy’s new life (the circus or Lucy) and contrasted it with his old life with his uncle, which would have kept the play much more focused.

The bottom line: The Astonishing Times of Timothy Cratchit has an energetic, charismatic and believable cast; enjoyable music and lyrics; a distracted, disjointed, yet at moments intriguing script;; and is about forty-five minutes too long.

The Astonishing Times of Timothy Cratchit. Ran through December 18, 2016 at The Workshop Theater (312 West 36th Street, between Eighth and Ninth Avenues). www.workshoptheater.org 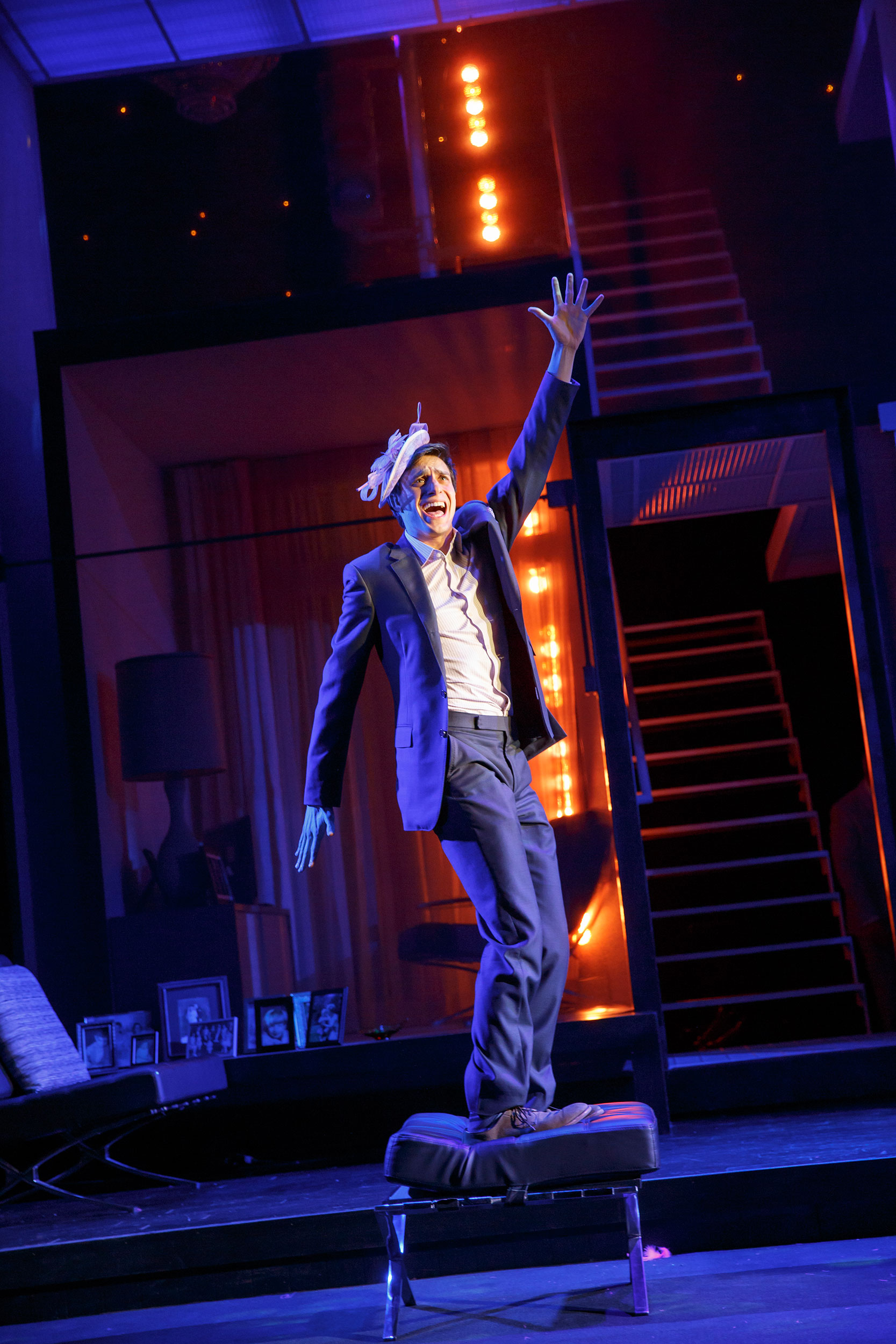 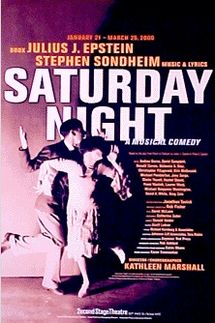